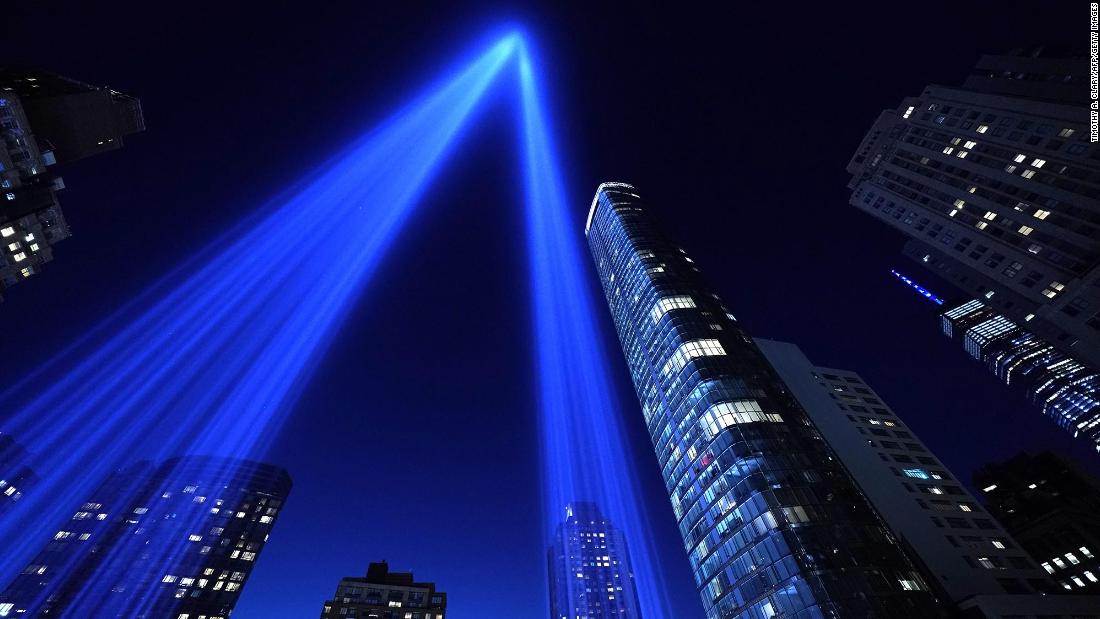 Those lines, which I said to The New York Times in 2006, sum up my life. Pre-9/11, I was “White Dean.” Post 9/11, I became “minority Dean.” I’m not alone in that experience. Many Arab-Americans who, like me, were born and raised in the United States also went through the same metamorphosis. In the years that followed 9/11, our “White card” was revoked by our fellow Americans.
I’m the living, breathing example of the concept that in America “race is a social construct.” My skin color didn’t change on 9/11. But the way that I and many in my community have been treated by society since that tragic day 20 years ago has dramatically changed — in a way that was completely out of our hands.
After that day, we were seen not just as members of a minority community but as a group demonized and hated by many of our fellow Americans — simply because we shared the same ethnic background, and in some cases religion, as the 9/11 terrorists (while some Americans wrongfully equate Arab with Muslim, a majority of Arab Americans are actually Christian). Hate crimes spiked against our Muslim and Arab communities to levels never seen before.

It’s not that I didn’t expect that my life would change after 9/11. I witnessed the tragedy unfold as I stood on the corner of 8th street and 6th Avenue in lower Manhattan. If I close my eyes, I can still picture the crystal blue sky of that September morning shattered by the grey and white smoke bellowing from the North Tower of the World Trade Center, the only one of the towers still standing when I walked outside. And then, suddenly, that tower buckled and was gone within seconds, leaving behind only a blue sky and the sense that America would never be the same.

I didn’t talk about being of Arab heritage for many months. I was a stand-up comedian at the time, and used my middle name, “Joseph,” in lieu of my last name in the first shows after 9/11 to distance myself further.

In time, however, I went from the reluctant minority to a proud and unapologetic one. In between, though, I learned first-hand what White privilege was — because mine was revoked.
For me and many who shared my heritage or faith, that meant being defined by the worst in our community and being called to answer for them — in this case, the 9/11 terrorists. I can’t tell you how often people, from politicians to pundits, demanded that Arab and Muslim Americans denounce these terrorists from other parts of the world who we had no personal connection to except sharing an ethnicity or faith. “Why are we responsible for them?” is a question I would ask. As I traveled across the country in 2012-2013 making the comedy documentary, “The Muslims are Coming!,” I learned that if we didn’t speak up, many of our fellow Americans truly thought — insultingly — that we agreed with the terrorists.
In contrast, one of the many benefits of White privilege is never being defined by, or having to answer for, the worst in the White community. For example, after the 1995 Oklahoma City bombing by Timothy McVeigh and Terry Nichols, no one demanded all White people denounce them or be viewed as complicit. In fact, after the Jan. 6 attack on our Capitol, which the FBI has deemed an act of “domestic terrorism,” there are even some White conservatives seemingly defending the attackers. Imagine the deafening backlash if Arab or Muslim American leaders publicly defended the 9/11 terrorists like this?
It’s also not as if I didn’t know prior to 9/11 that I was of Arab heritage. I’m from a bi-racial, multi-religious family. My father was a Palestinian, Muslim immigrant who came to the US in 1957. My mother is Catholic and the daughter of Sicilian immigrants. But I was raised to be White. Even my name is an example of that. My father wanted to name me Salah Al-Din, after the famous Muslim warrior often referred to as Saladin. My mother, though, being born in the US and seeing first-hand the struggles of her immigrant parents, understood that a name like “Salah Al-Din” would be very challenging, to say the least, in America. That is why I was named Dean.

Growing up in New Jersey, I’ve joked that all my friends had names like, “Monica, Chandler and Joey.” Except for my Arab cousins, I didn’t know any others of Arab heritage. But then came 9/11.

What I never could have predicted was the impact 9/11 would have on me personally. This may surprise or even shock some, but 9/11 set in motion a journey that led me to embrace both my Arab heritage and the Islamic faith.

But in the aftermath of 9/11, I didn’t want to lose my whiteness. While I didn’t fully understand what White privilege was, I instinctively understood that my life would be more challenging as a minority.

The past 20 years have been trying times, to say the least. From recent spikes in hate crimes — worse than in the aftermath of 9/11 — to right wing politicians openly demonizing Muslim Americans to score political points. But over those 20 years, both the Arab and Muslim communities have also become much more organized and engaged in areas from media to politics — from TV shows like “Ramy,” about an Arab American family, to Muslim American women serving in record numbers in Congress, and even the Attorney General of Minnesota in Keith Ellison. None of that existed before 9/11.

Twenty years after 9/11, I couldn’t be prouder to be a minority — which is something I never thought I would say when I was still White.