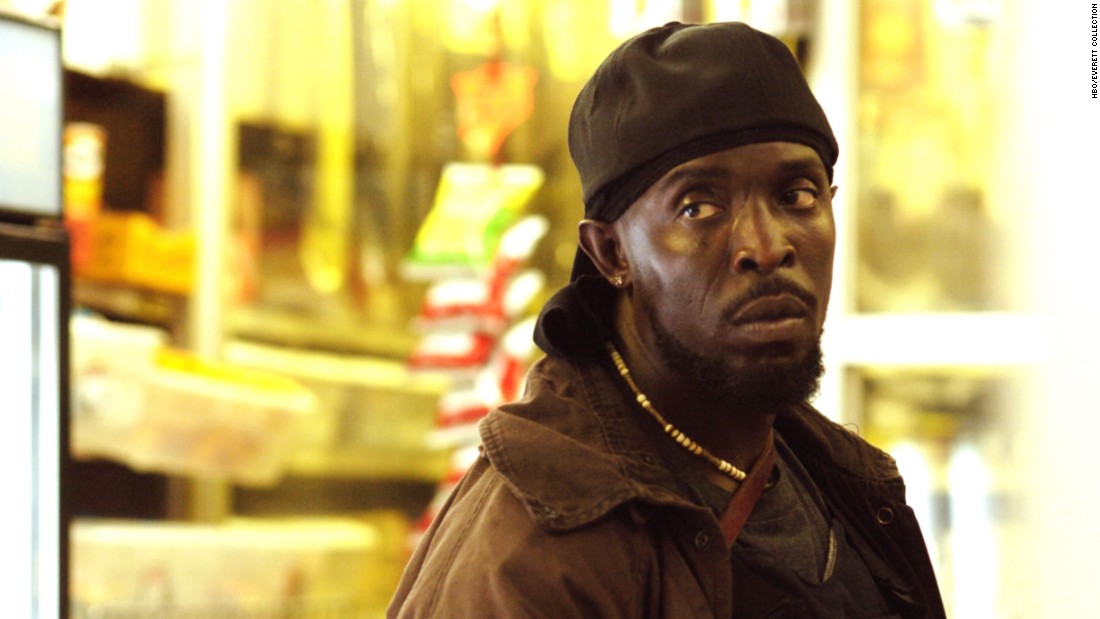 With the sheer force of his artistry Williams turned a recurring role into a major acting career– now cut tragically short.

His groundbreaking work as Omar shattered preconceived notions about Black sexuality and love, giving a richer depth to a show whose portrait of Baltimore unfolded with the care of an elegant novel. Itand gave audiences a panoramic view of race, crime, punishment and politics in a major American city plagued by deindustrialization. The nuance of Williams’s portrayal of the charismatic, unapologetically queer loner — one bold enough to rob drug dealers — was a constitutive part of what made the series great. (Note: HBO and CNN share the same parent company.)

Omar’s queerness defied stereotypes and subverted toxic masculinity. With full knowledge of his homosexuality, the streets nonetheless feared and respected him. Guided by a moral code that disallowed hurting any “citizen” outside the “game” of seeking profit in the criminal underworld, Omar dispatched his own brand of justice against the Black criminal organizations the Barksdale Organization and Marlo Stanfield’s crew.

Black queerness for so much of television history has existed outside of conventional categories of beauty and power. Omar Little proved to be a significant portrayal of Black masculinity, especially in urban centers, one that pushed beyond boundaries of social acceptability for people who lived in racially segregated, economically impoverished communities. Williams’s acting revealed Black queerness as intrinsic to all aspects of Black life, from the hood to the suburbs.

On a show so universally acclaimed and at a time, during the George W. Bush years when anti-LGTBQ ideology held fierce sway in institutions of political power, Williams’s portrayal was a revolutionary cultural presence. Instead of continuing the erasure of an integral part of the Black community, he made queer Black bodies visible, humanized and valorized. We were them and they were us.

Audiences grew to love the character of Omar and the actor who played him, as did his fellow actors. The tributes from Williams’ colleagues have been effusive, describing him not only as an extraordinary artist but a rare human being. Wendell Pierce, who played police detective Bunk Moreland on “The Wire” and acted alongside Williams in some of the show’s most memorable scenes, expressed his grief while praising Williams’ “ability to give voice to the human condition portraying the lives of those whose humanity is seldom elevated until he sings their truth…. He shared with me his secret fears then stepped out into his acting with true courage, acting in the face of fear, not in the absence of it.” The viral clip of Williams dancing in a New York City park is simply a sublime expression of Black joy.
Williams brought intelligence, playfulness and leading-man romantic appeal (to women and to men) in the service of telling the story of a character whose life circumstances, if not personal choices, echoed his own childhood and reflected his own struggles. Born in Brooklyn, New York, in 1966, Williams, like many young Black men of a certain age, described battling feelings of low self-worth. He also battled substance abuse and discussed this openly. “Addiction doesn’t go away,” he told the New York Times in 2017. “It’s an everyday struggle for me, but I’m fighting.”
Williams mined these personal tragedies to serve his art. A large scar, the result of being jumped in Queens at the age of 25, stretched across his entire face, from the top of his forehead to his right cheek. For a young man who recalled to the New York Times being derided as “Blackie” and “faggot Mike” while growing up in East Flatbush, the scar transformed the outside world’s perceptions. “Omar is this dark-skinned man in the hood who didn’t care what anybody thought of him,” observed Williams. “He is everything I wish I could be.”

I always thought that part of the reason for Omar’s popularity was Williams’ non-judgmental approach to the character as a whole person, including his tenderly acted, fully realized, serial monogamous, same-sex, romantic partnerships. Williams relished the role of Omar, it seemed, precisely because the character’s personal swagger did not match his own demeanor.

Williams’ star continued to rise after “The Wire,” with his portrait of Albert “Chalky” White opposite Jeffrey Wright’s Valentin Narcisse in HBO’s “Boardwalk Empire” in the early 2010s marking one of the highpoints in the history of Black television. Before his untimely death, Williams was the favorite to win an Emmy for his portrayal of Montrose Freeman, a closeted gay father, in the Black science fiction masterpiece “Lovecraft Country” (which has since been canceled)
In mourning the death of the artist and man known as Michael K. Williams, who will always be regarded as Omar Little and whose other performances will never leave us, I also can’t help but think about him as a little boy who survived, as he recounted, sexual molestation, bullying and torment from residents of the Vanderveer section of Brooklyn — many of whom would later come to embrace him as a “prophet” of the projects.
To his eternal credit Williams never forgot his roots. He returned to East Flatbush regularly, offering a symbol of hope for the ability of roses to grow from the concrete of inhospitable, even violent circumstances.

While Williams never completely escaped the trauma of his youth, in truth, who among us does? He waged a valiant struggle against drug addiction for much of his life, finding a safe haven in his art. His death impoverishes us all but his legacy endures. It is one that might serve as a shining example of hope to young Black boys growing up anywhere in America, or around the world. They can see Omar Little and know that being Black and gay and dark-skinned and artistic is beautiful, something to be embraced and celebrated — not just after the whole world finds value in your life, but long before.

This op-ed has been corrected to reflect that, as the New York Times reported in 2017, Williams did not identify as gay.