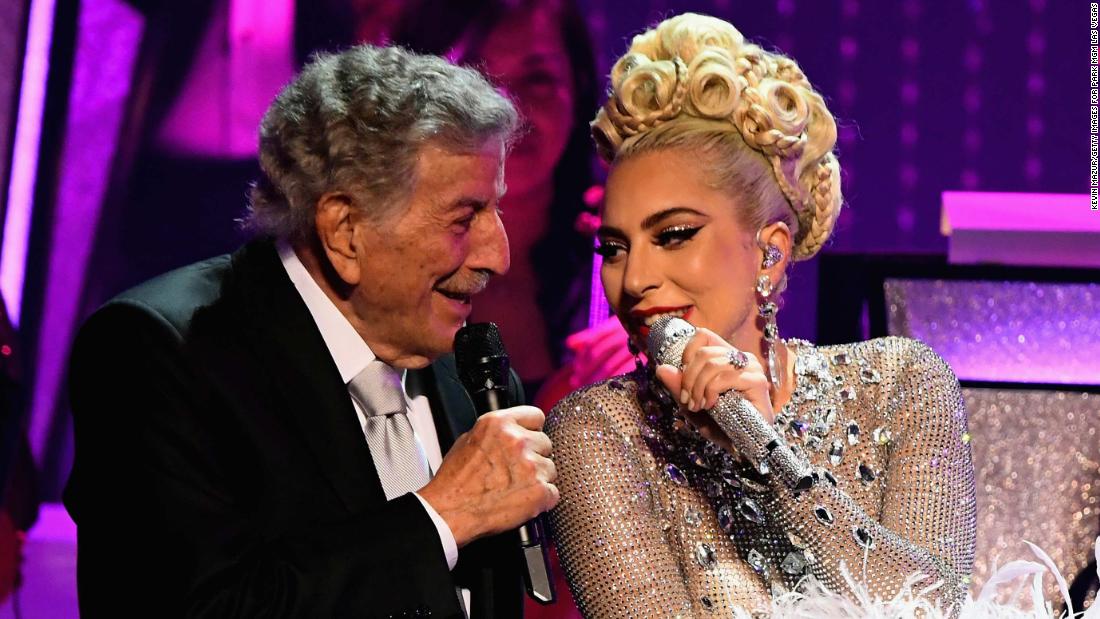 If you’re unfamiliar with Lady Gaga and Tony Bennett as a duo, they may seem an odd couple — but they’re not new. Their acclaimed duet album of standards, “Cheek to Cheek,” recorded in 2014, was followed by a tour, so last week’s shows were a reunion of sorts.

I’ve been a Tony Bennett fan my whole life. At a young age, I was captivated by the jazz standards he, Frank Sinatra and Ella Fitzgerald made famous. I was listening to him well before he reached the 1990s MTV generation on “MTV Unplugged.”

I have seen Bennett in concert several times. I’m also a live music fanatic. Not being able to go to concerts has been one of the toughest parts for me in dealing with the Covid-19 pandemic. Records and CDs, or, more and more these days, digital or streaming, just aren’t the same. A last-minute, mid-week impulse trip to New York to see this show seemed like a rational decision after more than a year with no concerts and my favorite venues closed.

The Great American Songbook is Bennett’s wheelhouse. He has been singing those songs professionally for 80 years now, more and more in duet formats. In this context, a Bennett devotee might expect Lady Gaga to come off as more a curiosity than a duet partner. I admit that I did, and I was totally wrong. As Bennett has said about her, she is a jazz singer. A great one.

When you strip away some of her over-the-top costumes — admittedly a tough thing for some of us to do — it’s clear she knows and respects the songs. Opening with “Luck Be a Lady” — a nod to, well, herself — and singing ballads such as “Someone to Watch Over Me” or the notoriously difficult “La Vie en Rose” (in French!), Lady Gaga pulled off what few other pop singers could.

But her performance and the still-surprising juxtaposition of her voice with pop music’s elder statesman — while a pleasure to listen to — is not what made the evening so remarkable for me. It’s that after so many months of suffering and isolation, the concert even happened at all — especially since Bennett is struggling with Alzheimer’s disease.

Lady Gaga’s affection and respect for Bennett shone through the entire evening. Before he joined her, she heaped praise on him and told poignant stories of the impact he and his music had had on her.

When Bennett first took the stage, following Lady Gaga’s bring-down-the-house-with-a-sing-a-long “New York, New York,” I sensed the audience was nervous, as I was. Was Tony up to this? Would he remember the lyrics? What if something went wrong?

Let me say this: I have not experienced Alzheimer’s close up. Most of what I know has been from what I’ve read and what others have told me. I saw Bruce Springsteen at his Broadway show recently, and heard him talk about his mother’s struggle with Alzheimer’s — she has lost her ability to speak, though she still responds to music. It seems to be the cruelest affliction.

In spite of his fans’ fears, Tony Bennett performed beautifully — opening with “Watch What Happens,” which we were all there to do, and any worries we had quickly went away. Sure, he missed a line or two and hovered next to the piano the entire show, but Bennett was in remarkable shape and still reaching for the high notes (and to still reach for the high notes at his age may be a metaphor for what all of us should aim for). Every song was met with ovations, and eyes often were not dry.

After 10 or so of his favorite standards, Lady Gaga came back out — in a new outfit, of course — and led the crowd in “Happy Birthday” to Bennett, who turned 95 on August 3.

After Bennett closed the set with his signature “I Left My Heart in San Francisco,” Lady Gaga said, “Mr. Bennett, it would be my honor to escort you backstage,” took him by the arm and led him offstage.

Ultimately, Lady Gaga threw two celebrations, one for Bennett on his birthday and one for the over 6,000 people in attendance each night (audience members had to show proof of vaccination upon arrival).

Taking the stage with him was a gift to Tony Bennett, and to all of us — helping fans hear him again one last time, shower him with applause and say thank you. And for the rest of us, it was priceless to have a night of live music and seem normal again, even when we know normal is a long way off.

While Bennett has a handful of shows scheduled, this performance still seemed like a poignant goodbye to perhaps the longest career in show business. Tony Bennett is 95, Covid-19 is resurging, nothing is guaranteed.

Which made the night all the more extraordinary. A star of Lady Gaga’s wattage doesn’t need to give gifts like this, but she did. And I am grateful.