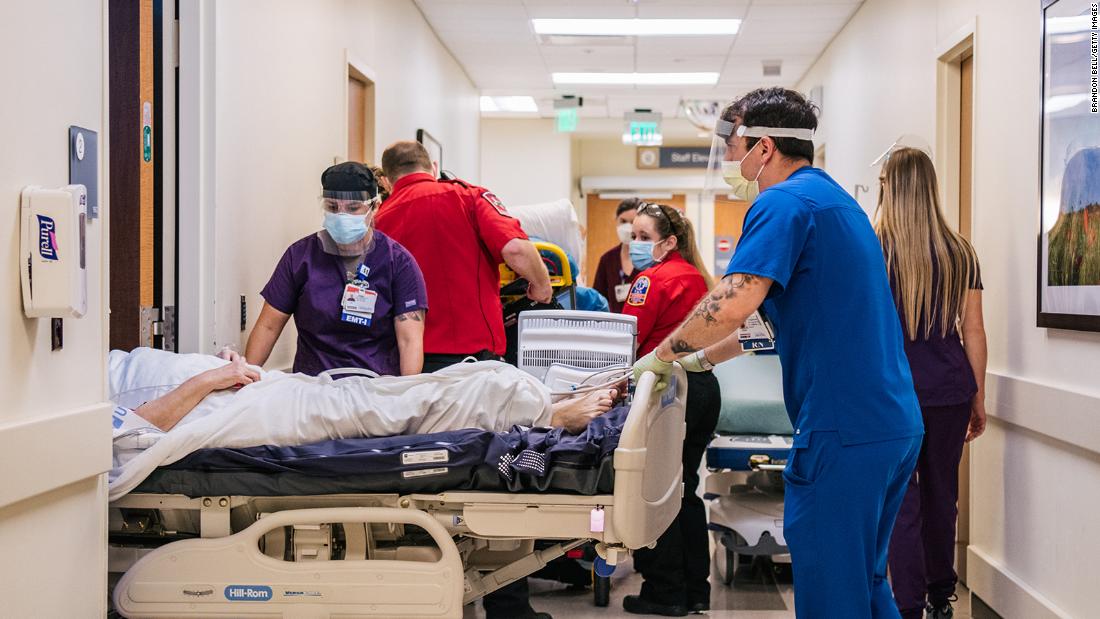 I also teach at the University of Texas, where in-person classes start next Wednesday. Thanks to Abbott, the school is not allowed to require students to be vaccinated or to wear masks. We’re not even allowed to ask our students if they are vaccinated. Meanwhile, the 11-county area around and including the city of Austin had a grand total of four ICU beds left as of Thursday.
When I read that Abbott tested positive for Covid-19 on Tuesday, I didn’t see it as karma, like so many others did. I felt no schadenfreude. I didn’t even find it galling that Abbott, who is asymptomatic and fully vaccinated, would receive monoclonal antibody treatment. I don’t begrudge those who are sick for pursuing all measures legally available to get better — even though I wish everyone else had the same access to advanced care and treatments as our elected leaders.
But I was angry. Angry because Abbott’s positive test underscores a lesson so many still haven’t managed to learn over the past 18 months: the SARS-CoV-2 virus that causes Covid-19 doesn’t discriminate. And while those who are vaccinated are better protected against serious illness, hospitalization or death, they can still transmit the virus to others — including those who are unvaccinated.

I’m angry that so many adults still seem oblivious to the benefits of the vaccines — and the need for continued protections like masks, especially since we’re seeing more positive cases among fully vaccinated individuals like Abbott.

I’m feeling anger, too, because I’m a parent of two children who are too young to be vaccinated. Texas hasn’t just barred public schools from requiring students, staff and teachers to wear masks — the state also does not mandate that teachers or other staff members be vaccinated. And when there are positive cases (as there already have been in Austin since the school year officially started Tuesday) schools are not required to contact-trace positive cases to identify the scope of potential clusters, and students are not required to quarantine even when they know they were exposed.
It shouldn’t be hard to see just how difficult a position this puts everyone in — or how needlessly stressful a climate it creates. It’s no wonder school districts in even more conservative parts of the Lone Star State are also openly defying Abbott on these policies. And while the school districts and other government institutions that are flouting Abbott’s executive order by issuing mask mandates may well lose the ongoing legal battle, their fight is a worthy one: Each additional day that mask-wearing can be enforced makes it worth it.
All of this anti-mask, anti-vaccination hysteria is wrapped around a fundamentally flawed — and irredeemably selfish — conception of “freedom.” Even in Texas, we have seatbelt laws, speed limits and, in many jurisdictions, bans on smoking in workplaces, restaurants and bars. And wouldn’t you know it — we even have vaccination requirements for school-age children, at least for diseases not named Covid-19.
Before Covid-19 became highly politicized, we seemed to understand and accept the importance of public health and safety — even if it required some degree of personal sacrifice. That’s because, like every other state, Texas recognizes the age-old principle that my right to swing my arms ends at your nose — and vice-versa. That’s why we did have a statewide mask mandate in July 2020 — one imposed by, you guessed it, Abbott. So why is it that mask mandates are suddenly banned, when Covid cases are now higher in Texas than they were last summer?
When people like Abbott cast the fight over mask mandates in terms of “freedom,” they’re knowingly misleading the public. This debate isn’t about “freedom” in any analytically coherent sense; it’s about the politicization of a specific public health crisis — where “owning the libs” has become a policy priority, especially for those like Abbott, who seem to be clamoring for attention and support.

There ought to be some things more important than scoring political points. I would have thought that the health and well-being of our children would be close to the top of that list — with the health and well-being of our neighbors not far behind. That Abbott continues to defy the science in favor of partisan politics even after testing positive for Covid-19, is, for lack of a better word, maddening.