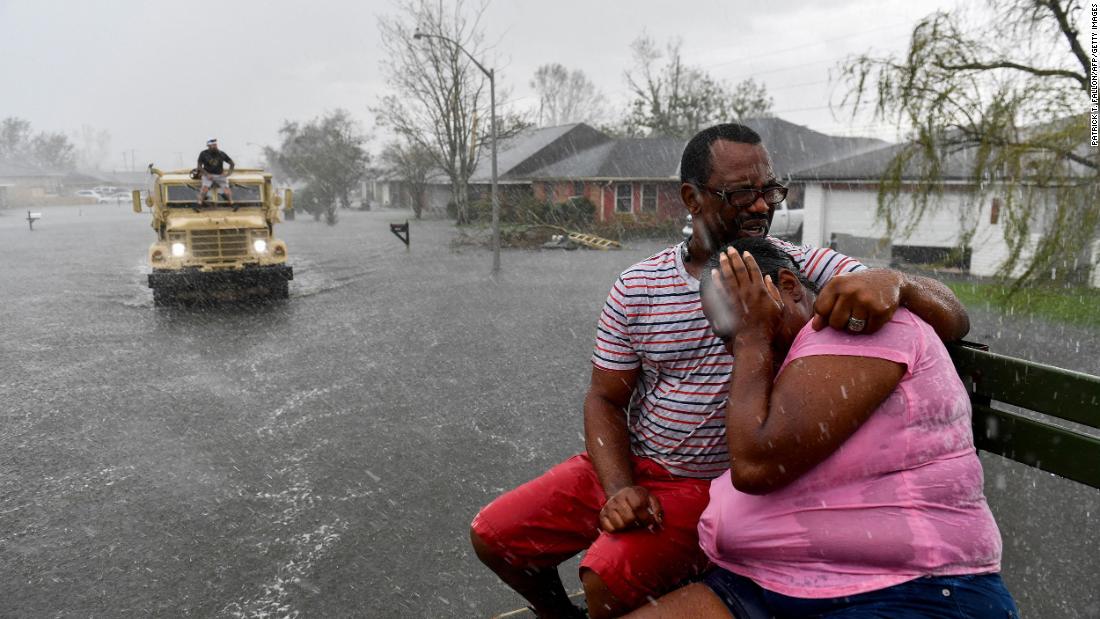 In August, Hurricane Elsa affected Jamaica, Cuba and Florida; Hurricane Grace brought substantial rainfall to Haiti two days after a devastating earthquake before making landfall twice in Mexico. And Hurricane Henri drenched New England. The contribution of human-caused climate change to these events still needs to be analyzed, but its fingerprint cannot be ignored.

Ida came on the footsteps of the 2020 hurricane season, when Louisiana was in the path of five landfalling storms, including Category 4 Hurricane Laura.

While the real scope of Hurricane Ida’s impact is just being evaluated, large parts of southern Louisiana, including New Orleans, are without power and will probably remain so for weeks. This will certainly be a challenge, given the high temperatures in that region at this time of the year.

Ida left small coastal towns in Louisiana flooded by storm surge and rainfall, and the Mississippi River had its flow reversed during the height of the storm.

One positive note: the levee system in Louisiana, which was significantly improved after Hurricane Katrina, stood the test of Ida — though the hurricane’s effects are not over yet. The rainfall from its remnants could potentially lead to significant flooding in parts of the eastern US.

One of most impressive characteristics of the Hurricane Ida story was the robustness and accuracy of its forecast. On Thursday, August 26, at 2 p.m. ET, while the hurricane that would be Ida was still a weak tropical storm and had not been named, the National Hurricane Center was already forecasting its landfall in Louisiana as a hurricane — and in an area close to the final location of landfall.
The track forecast remained remarkably consistent over time, with the intensity of the storm at landfall increasing to a major hurricane (Category 3 or higher) by Friday August 27, 5 a.m. ET.

This is an amazing feat, given how difficult it is to make reliable hurricane intensity forecasts days in advance, in particular in cases that involve periods of rapid intensification close to landfall, as occurred with Hurricane Ida.

Last year, there were multiple cases of Atlantic storms that went through rapid intensification just before hitting land — namely Hurricanes Hannah, Laura and Zeta, similar to Hurricane Ida. Besides being hard to forecast, rapid intensification close to landfall could be a key issue for evacuation orders, as clearly explained in this Twitter thread by Kelly Hereid, a climate scientist at Liberty Mutual Insurance.
As the planet warms, hurricanes could intensify more rapidly close to land and forecasting those cases could become more difficult. If the rapid intensification is not forecast with enough time for a large metropolitan area to be evacuated, clearly it could have major consequences.
The clear message from climate change studies is to expect increases in the occurrence of the most intense hurricanes, rainfall associated with hurricanes and inundation from storm surge due to sea level rise.

While scientists must still make detection and attribution studies to determine the precise contribution human-caused climate change made to Hurricane Ida, there is little doubt that climate change helped augment the significant impacts associated with its high winds, storm surge and precipitation.

As we have witnessed in many of these extreme events this summer, the social and economic impacts are enormous. We cannot continue to delay taking significant action to massively reduce carbon emissions to avoid further damage from climate change. The time to act is now.