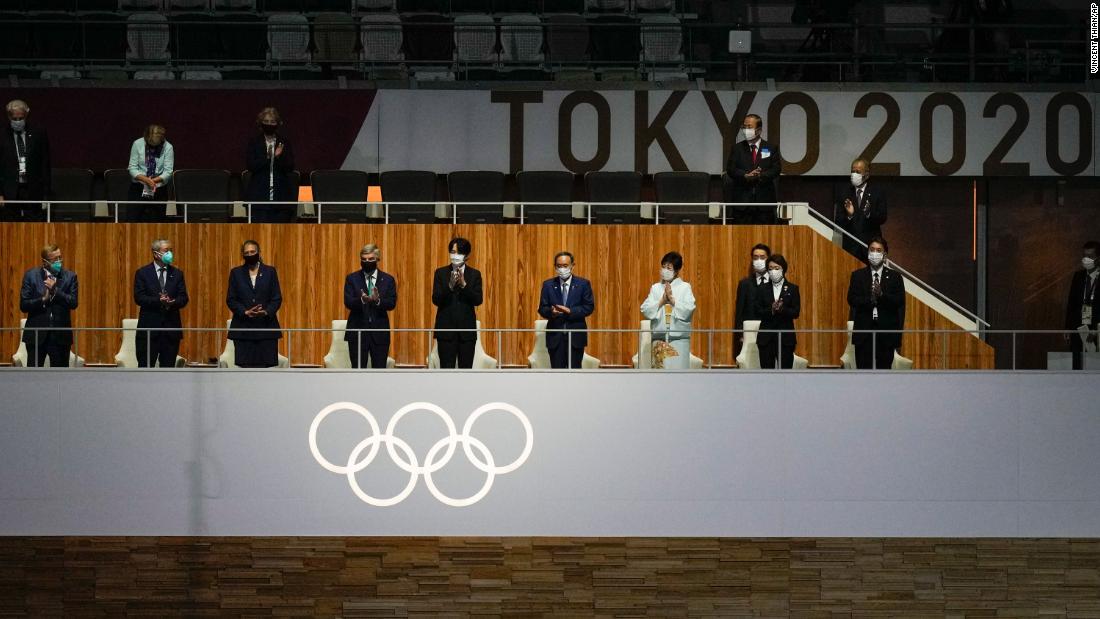 And now that the Games have come and gone, it may seem, on the surface, like the media was right. New daily cases have spiked in Tokyo, rising from 1,128 new infections on July 23, the day the Olympics began, to a peak of 5,042 on August 4, according to official numbers from Tokyo. But, if you look closely at the spread of disease in Japan, a different picture emerges — one where the Olympic village was largely unaffected by Covid-19 while it spread rapidly elsewhere throughout the city. With over 11,000 people housed in the Olympic village, 511 Covid-19 cases have been reported among those associated with the Games as of Wednesday, according to the official Olympic report. That is an impressively low statistic.
A public opinion poll, conducted between July 23-25 and published in the Nikkei newspaper, shows that Japanese citizens may have correctly anticipated that holding the Olympics with some Covid precautions would allow for the Games to be held safely. Only 31% of those polled prefer to cancel the Games or repostpone, while 37% said that holding the Games with no spectators is an appropriate decision, 25% said there should be some spectators and 3% felt the stadium should be in full capacity.

What might have accounted for this optimism among Japanese citizens? Perhaps they realized that the risk of Covid-19 was in fact within a tolerable range, based on some of the key safety measure that were put in place in the Olympic village.

First, the fact that most ordinary spectators were not allowed to attend the Games seemed to ease the minds of many people. While Japan initially set a cap of 10,000 spectators at the Games, the government changed its mind given the uptick of new cases two weeks before the Opening Ceremony.
Dr. Shigeru Omi, a leading Covid-19 adviser to the Japanese government (who has been called the Dr. Anthony Fauci of Japan), strongly recommended that fans stay home to watch the Games, as opposed to gathering in groups.
Although Japan had already experienced soccer and baseball matches with limited spectators without creating a cluster of cases, the government may have feared that bringing spectators into the Olympic arena would be a sign to the public that they could gather and cheer for their teams in large numbers outside the stadium as well.

It would have been difficult to give a coherent message that it’s fine to gather and cheer inside while watching the events in person, but not outside. So, instead, the government committed to the message that everyone should stay home and watch the Games on TV — and in doing so took a major precautionary measure to protect the public from contagion.

Second, the quickened pace of vaccine administration may have given some Japanese people confidence in the fact that the tides were turning on Japan’s lagging Covid-19 inoculation rate. Japan began vaccine administration in February
In early May, the government set a goal of administering 1 million vaccine doses per day, and by the beginning of August, 35.7% of people were fully vaccinated and 12.2% had been partially vaccinated. Importantly, like many other nations, the vaccination campaign started with inoculations for people at high risk, such as those over 65 years old.
According to the Prime Minister’s office, 87.8% of the elderly are at least vaccinated with one dose (and 82.3% have gotten a second dose). This uptick provided confidence that even though there would be some spread of disease, there would be less pressure on doctors and nurses to treat the vulnerable populations, and there would likely be fewer Covid-related deaths than were seen in the earlier months of the pandemic. In fact, as of July 28, individuals over 65 make up just 6% of the new cases in Tokyo and surrounding cities, according to Japan’s National Institute of Infectious Disease. Thus, there may have been a sense of relief that the Olympics may not pose as big a threat to these cities’ populations as was initially thought.
Third, there has been a certain confidence in the “bubble” method of containing disease spread. The athletes and officials were tested every day. They were encouraged not to leave the Olympic village and were monitored by contact tracing apps.

Although throughout the Games there were still some who were fiercely opposed to the Olympics being held at this point in the pandemic, the low positivity rate so far has proved the “bubble” worked.