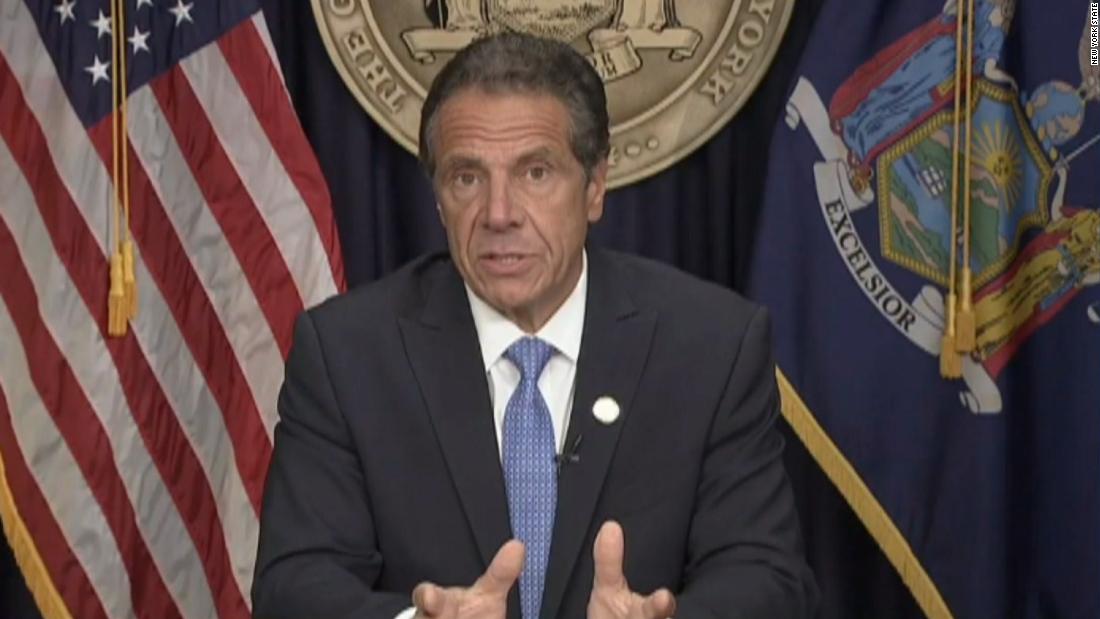 Even if Cuomo himself still doesn’t seem to quite get it.

His televised resignation statement Tuesday morning sounded at times like a script from contrition theater, new words for the old line “sorry if you misunderstood me” — in this case acknowledging that “there are 11 women who I truly offended,” adding, “I deeply, deeply apologize.”

But there seemed to be little real understanding, in his accounting of some of the accusations, that he did anything intentionally wrong. For one thing, he cherry-picked for a mention just a few events from among a slew of them that, according to state Attorney General Letitia James’ investigation, included breast-groping — which he did not mention (and which he denies). And then, in the cases he selected, he laid responsibility for misinterpreting his intentions back onto the accusers, and on society at large.

Telling a female doctor giving him a nasal swab for Covid-19 on national television that she makes “that gown look good”? She “found it disrespectful”?

Hugging and putting his arm around a female staffer for a picture?” She found it to be “too forward”?

A female state trooper’s complaint that he ran his hand along her stomach? He does that to all the state troopers, he offered. “When I walk past them, I often give them a grip of the arm, a pat on the face, a touch of the stomach, a slap on the back. It’s my way of saying, ‘I see you, I appreciate you, and I thank you.'”

A touch of the stomach?

Tone-deafness aside, Gov. Cuomo did offer clueless-dad-style apologies: “In my mind, I’ve never crossed the line with anyone. But, I didn’t realize the extent to which the line has been redrawn. There are generational and cultural shifts that I just didn’t fully appreciate. And I should have — no excuses.”

To be clear, that is an excuse. Yes, standards are changing, but they started changing a long time ago. Where has Cuomo been all these years? How did he let this happen 30 years after the Anita Hill-Clarence Thomas hearings opened everyone’s eyes about workplace sexual harassment; five years after a #MeToo movement more than a decade old burst into the headlines on a wave of sexual harassment reports?

Then he sought to give himself more cover.

“Now, obviously, in a highly political matter like this,” he explained, “there are many agendas and there are many motivations at play.”

I would suggest one of his own:

He’s not stepping down because he understands he did something wrong. He’s giving up because he knows he lost; because impeachment was coming; because even the leader of the Democratic Party, President Joe Biden, told him it’s time to go.

Surely, it must burn that his transgressions pale next to those of former President Donald Trump, accused of rape and other forms of sexual assault by dozens of women (Trump denies all the accusations). But Cuomo should have known better, and he still apparently doesn’t.

Cuomo’s words were soaked in self-pity, not self-recrimination. “Remember where we are,” he said, “Today we are living in a superheated, if not toxic political environment.” No one would argue with that, but it’s hardly an excuse or even explanation. He should have known that at a time like this he needed to heed the cautions of his own state-mandated sexual harassment training — training required as a result of a law he signed four years ago.

For a shrewd politician, it’s surprising it took him this long to discover we’re not living in the age of Mad Men, and he’s not Don Draper. In fact, Cuomo tried Tuesday to explain his commitment to women’s rights. He tried to have it both ways: The times, and the rules, caught him by surprise — but he’s also a champion of women.

As he has from the beginning, Cuomo maintained that all the physical contact for which he’s now maligned came out of an innocent desire to connect with people. “It is meant to convey warmth,” he explained, “nothing more.”

By now, Cuomo and every man should understand that you do not have permission to touch women unless they have indicated the contact is acceptable. That is especially true for men in power, putting their hands on people over whom they have authority, who may find it difficult to reject the advances, however well-intentioned.

Cuomo is one of millions of men over many years who have made their subordinates uncomfortable with awkward conversation topics or unwanted physical contact. Ask almost any woman who has lived in the world. But he is one in a small number among those arrogant millions finally experiencing negative repercussions for his actions. That’s why his downfall is important. It sends a message — again — about what is and is not acceptable behavior. And what will happen if you are still confused.

His resignation is a rare success not just for the #MeToo movement, but for women who have for centuries struggled to gain a measure of respect. Despite his unconvincing contrition, the system worked. Cuomo was accused. His accusers were heard, their accusations investigated, and consequences followed.

By stepping down, Cuomo also capped another win for President Biden. On the day when Biden secured something that had seemed impossible in this political environment, a bipartisan agreement on a major infrastructure package, Biden saw his call for Cuomo to step down arguably clear the way for more action and ultimately turn his injunction into reality.

It shows the power of Biden’s words in the Democratic Party; it shows Democrats standing by ethical principles that so many Republicans ignore, and it brings the focus back to topics Biden would rather see making headlines, such as that big infrastructure win.

In the end, Cuomo did help his party. He did help the country by stepping down.

Even if he doesn’t quite understand why.