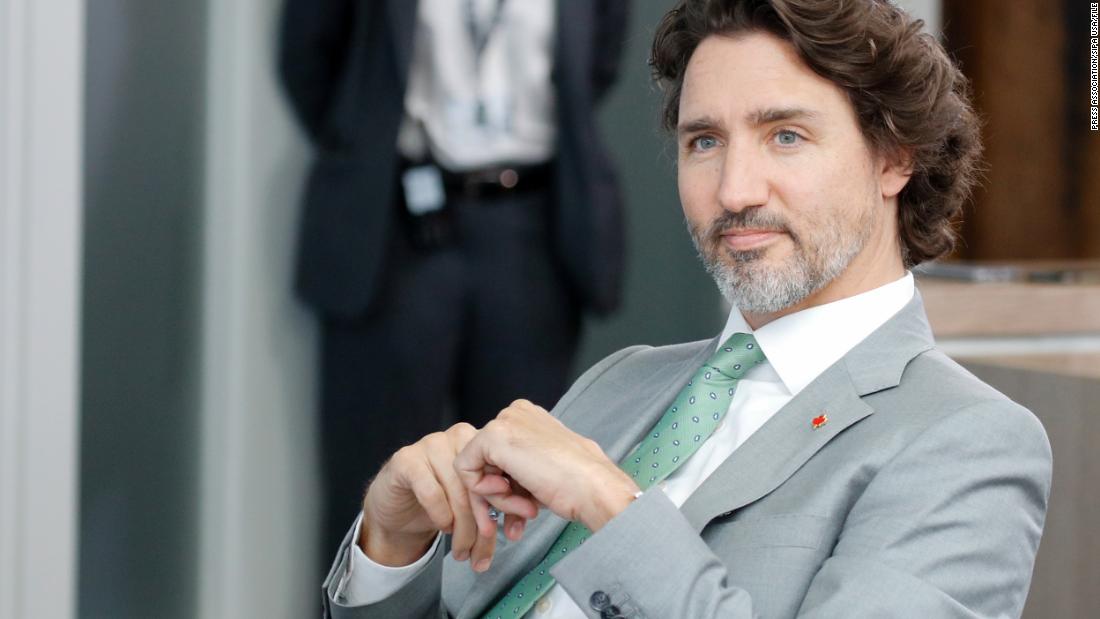 Meng is wanted by the United States on multiple serious charges, including bank fraud and violating US sanctions against Iran by selling telecom equipment. She was arrested in late 2018. Meng and Huawei have denied the allegations.

Is the timing of these sentencings coincidental, possibly to place pressure on the Canadian government to intervene in the case of Meng? No one can say for sure, but consider that two of the Canadians — Spavor and Michael Kovrig, who was also charged for espionage and awaits his sentence — were nabbed within days of the arrest of Meng at the Vancouver airport two and a half years ago, as the member of one of China’s most influential families was transiting from Hong Kong to Mexico.

By the time the Beijing Winter Olympics get underway in February 2022, the “two Michaels,” as they are known here in Canada, will have spent three agonizing years behind bars. With the judicial acrobatics involving Canadians in China, Ottawa should be readying a potent arsenal of diplomatic sticks — including plans to boycott the Games.

In January 2019, not long after Meng’s arrest in Canada, Schellenberg had his sentence for drug smuggling increased from 15 years to death, and a court on Tuesday rejected his appeal because “the facts identified in the first trial were clear, the evidence was true and sufficient, the conviction was accurate, the sentence was appropriate.” The following day, Spavor, an entrepreneur, was sentenced to 11 years for spying and illegally providing state secrets to foreign countries, according to a court statement. The court also said he would be deported but did not indicate whether that would happen before or after he served his prison sentence. Both men maintain their innocence.
The Canadian Ambassador to China Dominic Barton said the legal process had “lacked both fairness and transparency” and Canada will appeal. The Chinese Embassy in Ottawa accused Canada of hyping up the Canadian citizens’ cases, engaging in “megaphone diplomacy,” and ganging up in an attempt to put pressure on China.

In the coming days, the fate of Kovrig is expected to be handed down.

In response to the Spavor’s sentencing, US Secretary of State Antony Blinken called for the immediate and unconditional release of the two Michaels in a statement Wednesday afternoon. Blinken said they had “not received the minimal procedural protections during their more than two-and-a-half-year arbitrary detention.” Marc Garneau, Canada’s Minister of Foreign Affairs, said Ottawa is engaged in high-level talks with Chinese and American officials for their release. In theory, Washington could drop its extradition request and let Meng go in exchange for an admission of wrongdoing, also known as a deferred prosecution agreement.
The timing of the rapid fire sentencing comes on the eve of a federal election in Canada that may take place September 20, CBC News reported Thursday. At the polls, Trudeau will be gunning to reclaim his majority in Parliament.
The cases of the “two Michaels” have gripped Canadians for more than two years — with a majority of 72% supporting Trudeau’s stance not to intervene in the case of Meng in order to secure their release, according to a poll by Canada’s non-profit Angus Reid Institute. But half have rated his overall handling as poor, which could impact Trudeau’s Liberal Party performance at the ballot box should the crisis not be settled by election day. TV footage of Meng shuttling in SUVs between her two multimillion dollar properties in Vancouver — while the two Michaels sit almost incommunicado in Chinese prisons — has upset many residents I have spoken with on the Lower Mainland of southern British Columbia, which is a key electoral battleground for Trudeau.

As long as Canadian citizens are subject to arbitrary arrest and detention, none should consider themselves safe in China. Consider that Kovrig, a respected former diplomat and Northeast Asia adviser for the International Crisis Group who worked a decade in China, was nabbed on allegations he “endangered Chinese security” based on evidence so far unknown to anyone outside China’s opaque judicial system.

A decision to boycott the Winter Olympics in Beijing might be considered an extreme nuclear option, but it is already one being advocated by more than 180 human rights organizations and the leader of Canada’s official opposition, Erin O’Toole. “Beijing has to know that the world is watching the genocide taking place against the Uyghurs. They’ve watched what’s been happening in Hong Kong and the situation with Mr Schellenberg, Mr. Spavor and Mr. Kovrig.” He added Ottawa needs to think “long and hard on whether we reward a country like that with the Games.”
Should the two Michaels continue to languish behind bars in China, then Ottawa is on firm ground to keep its athletes away from Beijing this winter — especially at a time when the medal podiums are becoming increasingly a place for political expression — (as they did recently in Tokyo). Canadian officials (as do those from other countries that have tussled with China such as Australia) need to ask themselves — can Beijing be trusted to keep their hands off athletes who, for example, publicly protest its treatment of Uyghur Muslims and ethnic and religious minority groups in its northwest region of Xinjiang? (China has denied allegations of human rights abuses in the region).

In this geopolitical new normal, where a more assertive China ignores international norms, nothing can be taken for granted. Beijing responds to toughness, not half-hearted soft diplomacy. As such, Canada needs to bulk up its foreign policy muscle to avoid being outmaneuvered on the international diplomatic podium.