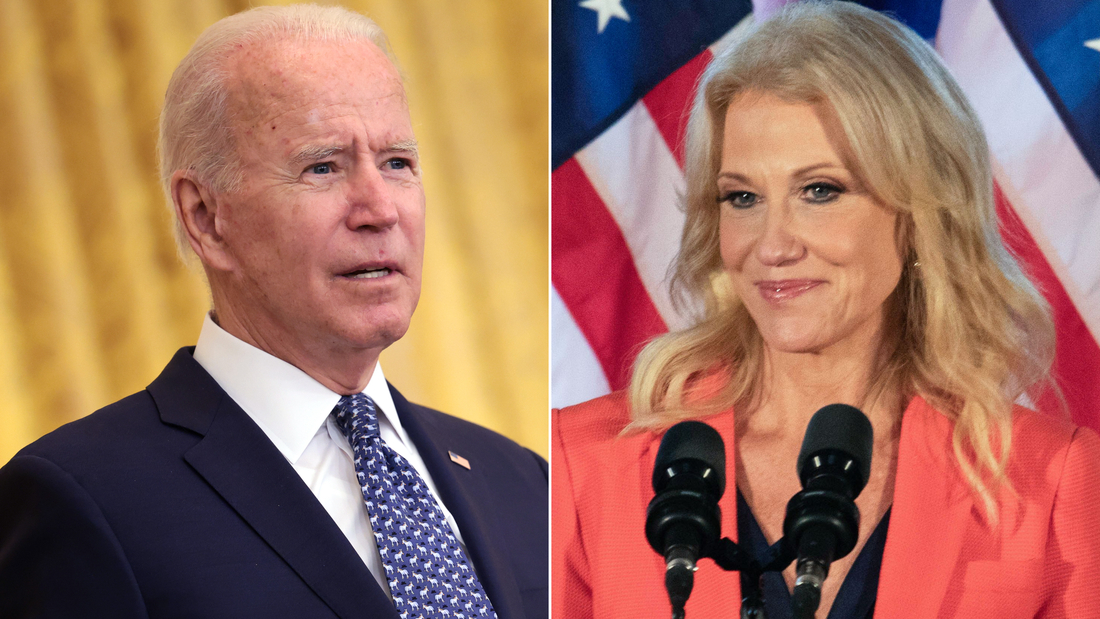 If you believe the outraged whining on social media from people like Trump’s former senior counselor Kellyanne Conway, who was one of those told to resign, it was an egregious act. She called Biden’s actions “petty and political, if not personal.”

She and others of the Trump appointees are blasting the President’s actions, which the administration addressed Wednesday, as an unseemly act of political vengeance, both unjust and unexpected.

On the contrary. What President Biden did was justified and not at all surprising. The President has the power to appoint people to these boards and they serve at his pleasure. As White House press secretary Jen Psaki, explained, Biden wanted to be sure that these appointees were qualified and were “aligned” with the administration’s values. Those are good reasons.

Conway, you will remember, was cited numerous times for violating the Hatch Act, which bars federal employees from engaging in certain political activities (i.e., campaign-related), in the course of their official work. The Office of Special Counsel recommended she be fired for these violations and her overall attitude of completely ignoring clearly defined government ethics practices. When a reporter questioned her about the OSC assessment in 2019, she said, “Blah, blah … If you’re trying to silence me through the Hatch Act, it’s not going to work.” She added: “Let me know when the jail sentence starts.”
Sean Spicer, the former press secretary, who was booted from the Naval Academy’s advisory board, was widely criticized for making things up in his job — which was to deliver truth to the press. It’s hard to forget, for example, that on Day One — his first briefing– he asserted that Trump’s inauguration was the most well-attended in the history of America. The naked eye — as well as plenty of photographic evidence — proved this was an outright lie. There were plenty more during his six-month tenure. Lying in any form is a violation of the Naval Honor Code. Truthfulness should be a minimum requirement for anyone serving on this board.
Among the others asked to resign were Heidi Stirrup, Trump’s former White House liaison to the Justice Department who last year, as CNN reported, “was banned from entering the building after she attempted to access sensitive information about possible election fraud in December 2020, and retired Col. Douglas Macgregor, a former ambassador pick and Pentagon official with a history of controversial comments. The duo were appointed to the boards of the Air Force Academy and West Point.”
To understand why these firings are justified and consistent with previous administrations’ practices, one first needs to know what these boards do and what their authority is. The boards, as the Air Force Academy website notes, exist to oversee the “morale, discipline, social climate, curriculum, instruction, physical equipment, fiscal affairs, academic methods, and other matters” relating to the nation’s military academies. They meet a few times year and provide independent advice to the President. They have no power to influence or direct federal agencies or institutions.

So, what kind of people are appointed to these types of advisory boards? As with ambassador postings, a mix of people with specialized experience and those who are aligned with the president politically and have worked to get the president elected. The post has a three-year term, but just like political ambassadors, these people often resign or are asked to resign when a new president is installed.

Like many before him, the former president, Donald Trump was partisan in his appointments to these boards. In my view, he picked a number of politically controversial individuals and several whose appointments actively undermined the mission of the institution these boards served — just as Trump undermined institutions like the Pentagon and military organization and the sanctity of our elections, challenging their very roles in our democracy.

President Biden had every right to fire these Trump appointees, and our government is better for them being gone. As Psaki asserted, “The president’s qualification requirements are not your party registration. They are whether you’re qualified to serve.”

What’s more, as Conway herself has argued, the timing of dismissals is up to the President himself. So, none of this is surprising or unprecedented and the statements by former Trump officials are no more than unseemly political grousing — in the service of nothing more than trying to undermine the President of the United States.