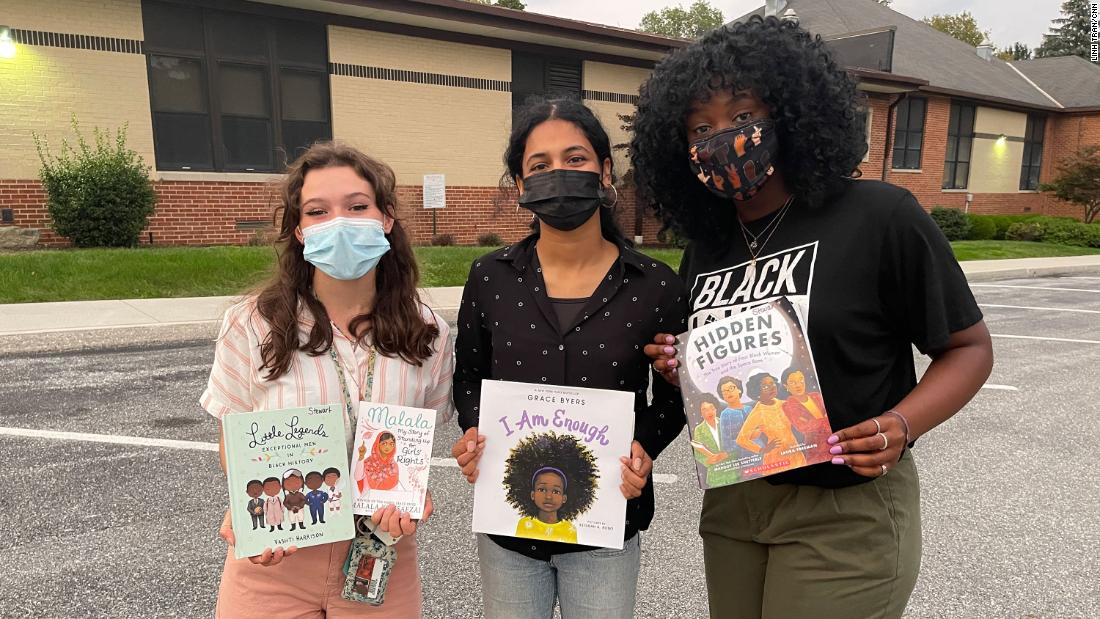 In recent days, we read about the all-White school board in York, Pa., which voted unanimously last October to ban several educational resources that fall into the category of “anti-racism.” Teachers received the list of articles, books and videos last month, according to the Allentown daily, the Morning Call. It included, as CNN reported, a children’s book about Rosa Parks, a memoir by Malala Yousafzai and a CNN town hall on race featuring Muppets from “Sesame Street.”
This week, students protested the move outside the Central York High School, and at a virtual school board meeting Monday, students, parents and other community members debated the list.

School officials say the materials are not banned, just “frozen” while the board vets them. So far, this vetting has taken nearly a year, as CNN has reported. “Schools are not the place for politics or identity to be shaped,” one mother who supports the ban declared.

She’s wrong. Schools are precisely the place where politics and identity are shaped, and because of this, students need the widest array of materials to learn from, including those that offend censorious parents on the left as well as the right.

This summer, Texas officials tried to ban a book called “Forget the Alamo,” a revisionist history of the 1836 battle at the fortress in San Antonio. In July, Lt. Gov Dan Patrick canceled a promotional event for the book at the Bullock State History Museum. About 300 people had planned to attend, according to The Texas Tribune. They were robbed of the opportunity to finally hear the truth about one of the most revered — and baseless — legends in Texas history.

“Forget the Alamo,” by historians Bryan Burrough, Chris Tomlinson, and Jason Stanford, is an important corrective. Like most Baby Boomers, I grew up believing the wildly untruthful Disney version of the Battle of the Alamo, told through the eyes of Davy Crockett. We were led to believe that the battle was heroic.

It wasn’t. The actual story, as we learn in the book, “is one of White American immigrants to Texas revolting in large part over Mexican attempts to end slavery. Far from heroically fighting for a noble cause, they fought to defend the most odious of practices.”
Mexico abolished slavery in 1829, long before its neighbor to the north. Most Americans have been pretty much unaware of this history. If we don’t know what really happened, we have no way of understanding the past. What we think is history is actually jingoistic, partisan fantasy.
Dan Patrick explained in a tweet why he could not tolerate “Forget the Alamo”: “This fact-free rewriting of TX history has no place @BullockMuseum.”
Chris Tomlinson shot back on Twitter: “Lt. Gov, Dan Patrick takes credit for oppressing free speech and policing thought in Texas,” he wrote. “@BullockMuseum proves it is a propaganda outlet. As for his fact-free comment, well, a dozen professional historians disagree.”
For some years, the American Library Association has published annual lists of the most “challenged” books. Most of them offend the self-righteous right, which can’t bear that students should learn about America’s history of racial oppression and bigotry, or read positive depictions of LGBTQ people, or witness the naked face of poverty and prejudice.

A fine book by Sherman Alexie, “The Absolutely True Diary of a Part-Time Indian,” has been on the list of challenged books since it first appeared in 2007, largely because of its unflinching depiction of the lives of some American Indians. The magical novel “The Kite Runner,” by Khaled Hosseini, has been banned because some parents seem to believe, rather ludicrously, that it promotes terrorism and Islam.

But banning books is not just the product of right-wing intolerance. Many liberal parents don’t want their children to encounter the N-word anywhere, not even in what is in my view the greatest American novel, “Huckleberry Finn,” by Mark Twain. And so they fight to ban a novel that eloquently and passionately attacks racism in 19th-century America.

“Of Mice and Men,” an important short novel by John Steinbeck, is also frequently challenged because of its supposed racial stereotyping, even though it’s a profound and humane book that raises issues every teenager should be asked to consider.

The popular SkippyJon Jones books by Judy Schachner — a whimsical series about a flamboyant cat who dresses up as a chihuahua — has also been on the condemned list. SkippyJon calls himself a “bandito” and sometimes puts an “o” at the end of English words to sound Mexican. Some liberal book banners call this stereotyping, and because Schachner isn’t Mexican, they accuse her of “appropriating” things from a culture that isn’t hers.

Book banning is a bipartisan game, a point nicely made by Jonathan Zimmerman, a self-described liberal who wrote in The Dallas Morning News: “When conservatives try to ban a book, we liberals get up in arms. But when the threat comes from our own side, we often sit on our hands.”

Now, there may well be books so outrageously prejudiced or depraved or provocative that young minds should not have to encounter them. We can acknowledge this, but I am wary of this slippery slope.

I suspect the ill-effects of banning books will normally outweigh the dangers posed by allowing unpalatable materials into the classroom on rare occasions. And surely we must respect our teachers, giving them the freedom to find and use materials they deem important. If we can’t trust them, the system is hopelessly broken.

I applaud the brave and eloquent students in York who have protested the banning of books in their school, including Central York High School senior Christina Ellis, who said at the virtual school board meeting on Monday: “I don’t think a moral compass will let you ban books about equality and loving each other.”

Students like Ellis are absolutely right to object to authoritarian attempts to control their worldview. Let’s hope they’re harbingers of protests to come. From coast to coast, the specter of book-banning has become a serious problem that threatens the very fiber of democracy.

It is of course exacerbated by the terrible partisanship that promotes group-think on both sides of the aisle. But without the free play of ideas and the liberty to read and talk about anything — in classes or in public forums — we become rigid, culturally ossified and worse. In other words, we’re finished.