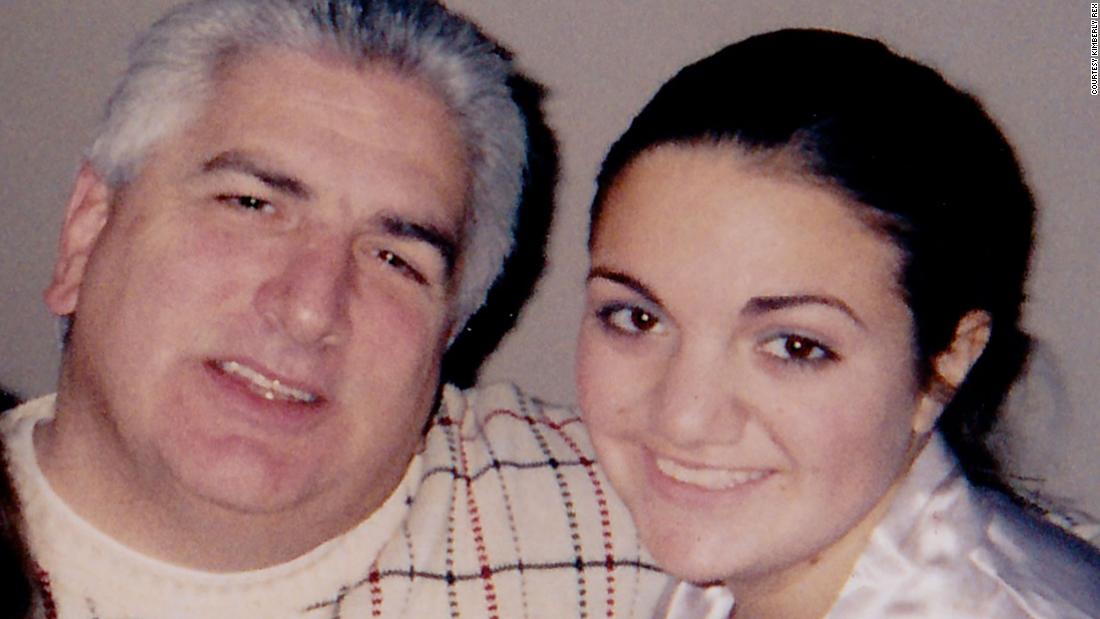 As if I don’t remember the moment I finally knew that my father was never coming home. Or I don’t remember the sound of my sister’s cries down the hall when that moment came for her. Or the day we told my grandparents that there was no one left to be rescued, that their son was somewhere in that pile of rubble and yet he wasn’t there at all. The terrible sound of my grandfather’s voice as he sobbed, “My baby. My baby” about his 52-year-old son. The wordless wails my grandmother made as she lay on my sister’s shoulder.

As if each year, when the calendar slowly moves toward September, the little things — like the slight chill of a fall breeze or the scent of the leaves at my feet — don’t settle in my stomach, hard and knotted. As if my body doesn’t remember. Muscle memory of grief.

As if I can’t still hear the radio DJ, yelling in horror when the second plane hit. As if I don’t remember swerving my car off the busy street, climbing out on shaky ground, wanting only to bend over and purge, to get the feeling out of me and rid myself of what it would do.

As if I don’t remember the way the house was flooded with people. How some swept through the door with a purpose and others dragged their feet, reality already setting into their eyes and sagging mouths.

As if I could forget how small my mother looked in their bed that night, drugged into sleep after hours of agony, curled up like a tiny fetus, lost in the vast bed he’d slept in just the night before.

How easy the tears fell, how I’d never cried so seamlessly before, without pause and without words, only the salty water sliding down my cheeks, while I prayed it was all for naught, that he’d be home before my next lament.

As if a year later, I didn’t feel my father in my bones as I stepped onto Ground Zero. As if it didn’t feel as though every soul that died there, that every bit of pain and horror they faced and every word they wanted to say before they died, was in the wind itself, thrashing and whirling, wrapping itself around us and inside us.

As if I could ever forget the way it felt to feel them inside me.

As though it’s easy to forget that your strong, stocky father was whittled down to only pieces. That when we buried him, only my mother knew how much of him was inside the coffin. As if we’d forget that this actually makes us lucky. That others have only empty plots filled with knickknacks, mementos instead of remains.

As if the hole left behind in our lives isn’t more like a chasm, a canyon so big that no future, no antidepressants, no therapy could ever fill.

As if everything hasn’t been different since. As if our family didn’t rearrange itself, twisting and shifting, trying to make up for what was missing. As if every happiness since hasn’t been a little less happy and every obstacle harder to climb.

And as if with every problem that occurs, I don’t wonder what he would do, and even though it’s fantastical and futile, wonder if the problem would even be if he were here. As if disagreements aren’t harder without his mediation and decisions aren’t more confusing without his insight.

As if that day hasn’t hit my loved ones over and over again in ways we never imagined. Like I don’t watch my sister struggle while my brother-in-law suffers, damaged by the poison that entered his lungs and seeped into his skin while he worked to find remains of people like my dad.

It doesn’t matter how many years pass. Twenty years have not erased that day for us. No amount of time could.

Not for those of us who lost someone that day. And not for those who fled the buildings, crowded into stairwells of confusion and fear.

Not for the first responders who ran to help, who watched their brothers and sisters disappear into buildings just before they turned to dust.

Not for those who kept going, day after day, searching for any part of anyone.