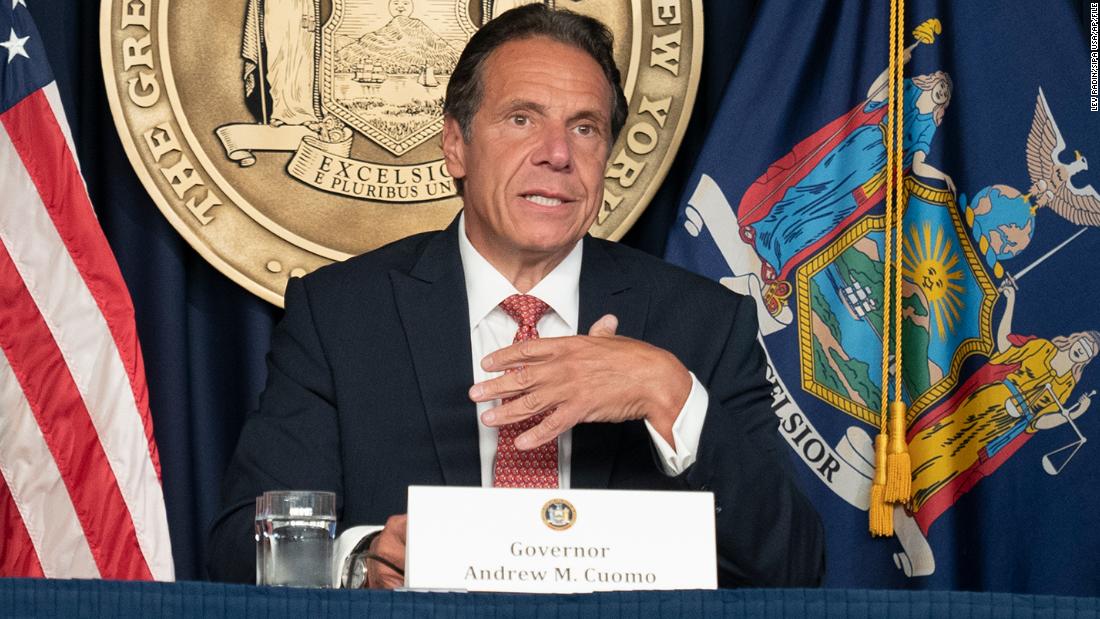 After interviewing 179 witnesses and examining some 74,000 pieces of evidence, the investigators determined that Cuomo had sexually harassed 11 women through unwanted touching, hugging, kissing and inappropriate remarks, that his office was a toxic work environment, and that his behavior had violated federal and state laws.
The report contained evidence from accusers who had not been previously identified, including a state trooper assigned to protect Cuomo. She complained that he had touched and spoken to her inappropriately and suggestively several times while she was working with him. The report concluded that the governor’s office had violated its own policies on handling complaints about sexual misbehavior by failing to refer them for investigation.
Cuomo tried on Tuesday to dampen the report’s impact in the way he has since many of these allegations surfaced: By disparaging the investigation as politically motivated, denying the allegations, and claiming — this time with a cringeworthy slideshow of photos of him kissing a lot of people — that being physically affectionate is simply the way he is, and, therefore, no big deal.
Slideshow or not, dozens of prominent Democrats, including President Biden, called on Cuomo to resign, which he insisted he wouldn’t do. But what else might happen now? There are three possible paths: criminal prosecution, civil lawsuits and impeachment.

Criminal prosecution based on the conduct set forth in the report is possible, but right now it looks unlikely. Most of the conduct described does not appear to violate New York’s penal code, and none of it violates federal criminal law.

Inappropriate comments might rise to the level of sexual harassment under civil laws, but are not criminal. And unwanted touching is criminal only if it meets the definition of a criminal statute.

New York state law has a “forcible touching” misdemeanor for touching sexual or other intimate body parts, which may apply to a few of the incidents, including particularly one where, investigators found, Cuomo reached under a woman’s blouse to touch her breast, and also touched her buttocks. This incident was reportedly referred to the Albany police, although it is unclear whether the woman has made a formal complaint.

This incident could result in misdemeanor charges, but the district attorney’s office would need a willing complainant, and would want to be confident that it could prove its case at trial beyond a reasonable doubt — a much higher standard than James’s investigating attorneys needed. Stranger things have happened, but I would be surprised to see a prosecutor proceed on a case like this, given these impediments.

Civil lawsuits by the governor’s victims, on the other hand, are almost certain, and the report’s revelations will be very helpful to any plaintiffs. The ultimate question of liability would be decided at trial, but the road map to finding violations and amassing proof is set forth in exhaustive detail in the report, including the conclusions that Cuomo violated federal and state harassment laws.

Impeachment is the third possible consequence. This is a political calculation, not a legal one, but the report appears to provide ample grounds for bringing impeachment articles if the New York Assembly takes that route, as appears likely, given Assembly Speaker Carl Heastie’s statements after an emergency meeting on Tuesday.

New York law and the state constitution provide little guidance on what constitutes grounds for impeachment, so it’s effectively up to the Assembly to decide that question.

But while reasonable minds may differ on whether an isolated incident of sexually harassment should qualify, many of the report’s findings seem to clearly fall within the categories of conduct that should support impeachment, particularly the failure to follow internal office procedures in handling the complaints against Cuomo.