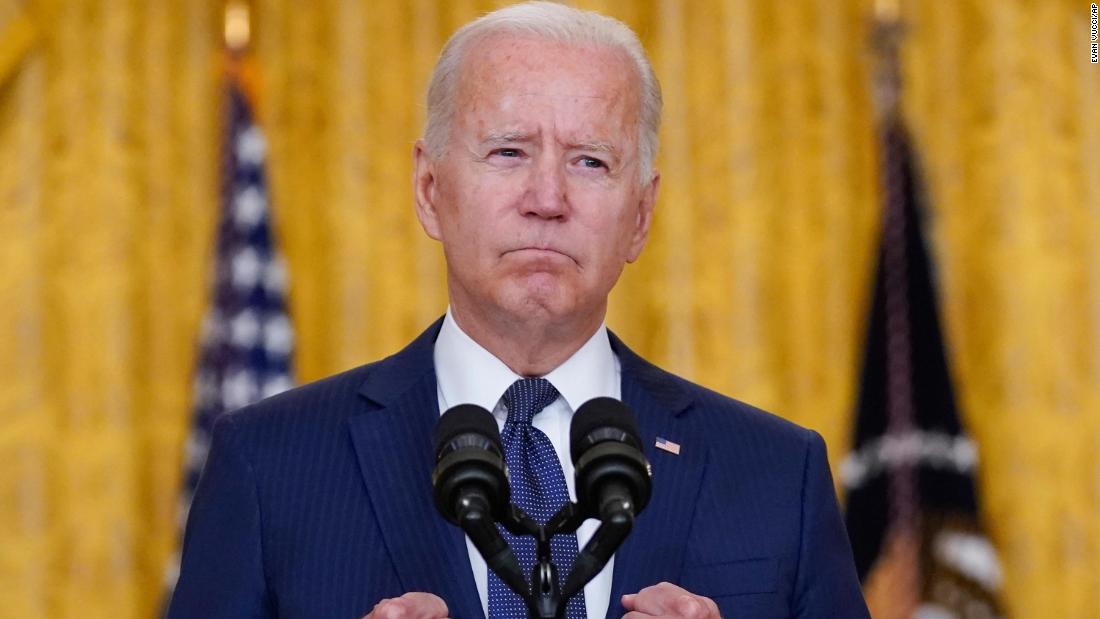 Even before Thursday’s horrific attack, the images at the airport were difficult to watch. The future of the Afghan people was painful to consider, and the notion of a US relationship with the Taliban was hard to countenance. But facts are stubborn things and it’s time to confront the harsh reality: the Taliban have won the war and the United States will have to decide how to deal with the leaders of the sanctioned terrorist group after the last American soldier leaves Kabul.
America’s commitment to helping the Afghan people should not end after the final flight fades out of the view of those who remain in the country. That’s not just a moral issue. As we learned after 9/11, Afghanistan can easily become an incubator for terrorism. The threat is all the more real considering there is evidence the Taliban still have close ties to Al Qaeda.

For now, we’re focused on the tragic scenes unfolding at the airport. But what to do after that mission ends? The US’ longest war has killed more than 2,300 troops and cost more than $2 trillion dollars. Now, two decades after the US toppled the Taliban, the extremist group is back in power. Every country — including the US — will have to decide what kind of relationship it will have with Afghanistan.

Should the United States grant diplomatic recognition to a Taliban-led government?

Listen to US officials speak and it’s clear they are watching their words, trying to avoid antagonizing the radical jihadis for fear of jeopardizing the airlift that has carried more than 104,000 souls to safety since August 14. Secretary of State Antony Blinken gingerly sidestepped a question about the future of the US Embassy in Kabul on Wednesday, saying, “With regard to diplomatic engagement, we’re looking at a series of options, and I’m sure we’ll have more on that in the coming days and weeks, but we’re looking at a variety of options.”

But we don’t all need to watch our words. Let me say unequivocally: The United States cannot recognize a Taliban-led government — certainly not any time soon.

Judging by the conciliatory tone the Taliban spokesmen struck after the takeover, the group is interested in repairing its reputation and gaining international recognition. But words mean little, especially when there’s a long track record of repugnant behavior. This is the group that sentenced women and girls to crushing restrictions that prevented them from studying, working or leaving their homes on their own. The Taliban forced women to cover their faces in public, buried them up to their necks and stoned them to death after claims of adultery. They also killed homosexuals, chopped off the hands of suspected thieves, and generally forced an entire country to live under draconian rules. Their words alone won’t do.
So far, evidence that the Taliban has changed is mixed, at best. Already women have been told to stay home, for their safety. (Stay home, they are told, so you can be protected from us.) Prominent female journalists have reportedly been taken off the air and there is evidence that much worse unfolded as the Taliban swept toward Kabul.
The United States, its allies, and the rest of the international community should condition any formal recognition of the Taliban on three areas. First, the Taliban must show they are committed to keeping the country from becoming a terrorist haven, as they promised in the February 2020 accord with the Trump administration. Thursday’s attacks also raise questions about the Taliban’s capacity to fend off groups like ISIS, which has tried to establish a foothold in Afghanistan. Second, the Taliban must actively prove that they are not engaging in the human rights abuses that devastated the lives of so many women and young girls the last time they were in power. And, finally, the Taliban must reach beyond their own ranks to form an inclusive government where ethnic minorities, moderate Muslims, and women play a role. That, at least, is the goal.
In the words of Fawzia Koofi, a women’s rights activist who was elected to the Afghan parliament and was part of the former government’s team that negotiated with the Taliban in Doha, Qatar, no Afghan government will be legitimate without the presence of women. The US should not recognize a government deemed illegitimate by its own people.
Blinken said the US is working with its allies to send a unified message to the Taliban “on counterterrorism, on humanitarian assistance, on our expectations of a future Afghan government.”
If the Taliban revert to their old ways, the US should do everything it can to lead an international campaign that denies formal recognition and restricts the Taliban’s access to funding. Already the US has frozen Afghan reserves in American banks and the European Union has suspended $1.4 billion in aid. Meanwhile, the International Monetary Fund is blocking access to emergency currency worth hundreds of millions of dollars.
Sure, if the West freezes out the Taliban, it can still turn to others. China, deliberately turning a blind eye toward human rights abuses, is hungry for Afghan minerals and intent on establishing “friendly” relations. Along with China, Russia is also eager to improve ties. Pakistan has long-standing links to the group, as does Saudi Arabia.

Despite this, China doesn’t want to see Afghanistan become a new base for terrorism. The same is true for Afghanistan’s other neighbors, many of which could face domestic insurgencies drawing inspiration — or territorial support, as al Qaeda did — from the Taliban.

But with or without US diplomatic recognition, the harsh, unsavory reality is that the Taliban are now in charge. One way or another, the US will have to communicate with its leaders. After the airlift, the campaign will inevitably move to the diplomatic arena. The US’ aim now will be to pressure the new Afghan leaders from harboring terrorists and reverting to their appalling ways. The prospects look harrowing for the Afghan people, and the choices for the United States and its allies are going to be wrenching. That’s another stubborn fact that is unlikely to change.