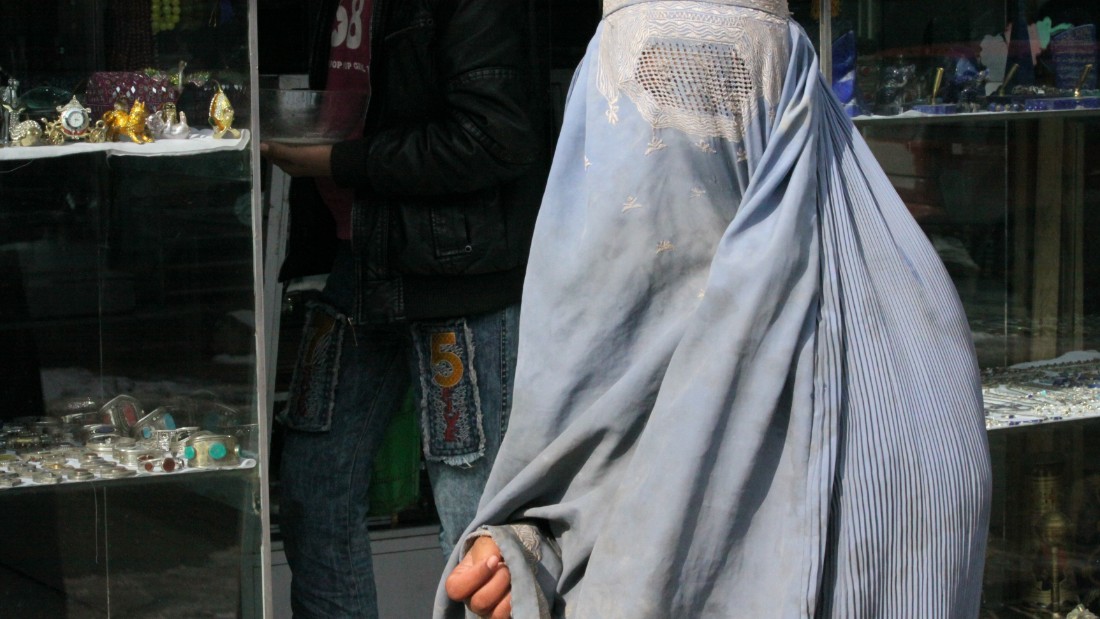 I’ll never forget what it felt like to stumble across the border, cowering under my veil, trying not to stand out, knowing that women were regularly whipped for showing too much ankle or for a strand of loose hair.

What they showed me humbled me and changed me forever.

In one middle-class home, a female teacher was teaching 5-year-old girls to read and write. The lessons were quite ordinary — until I realized that every single person in the room, including the children, was risking flogging or execution for what they were doing.

I was staggered that the children’s parents thought it was worth the danger.

They were risking everything for what then seemed an impossible dream: a future Afghanistan where their daughters could be independent and free.

Everywhere I went, it was the same story.

I even met women who were running secret beauty salons — even though if they’d been caught, they’d have faced horrendous sanctions.

Twenty years on, I’m still in touch with some of the women I met on that journey.

The children who risked their lives to learn to read are now educated women who have enriched every aspect of Afghan society they’ve touched.

Afghanistan is not the same place it was 20 years ago. But there’s a sickening feeling of déjà vu as I watched the ascendancy of the Taliban in recent days — the same uneducated men lording their power over women, imposing it by means of the weaponry they carry.

I cannot believe that the US government — the same government that boasted in February that “America is back” — is allowing this to happen all over again.

Because one of the lessons I learned my stay in the Taliban’s Afghanistan is that — however rich and peaceful nations pretend they can insulate themselves from poor and turbulent ones — in fact we are all connected.

I had barely returned from Afghanistan and finished editing my film “Beneath the Veil” (shown on the UK’s Channel Four and CNN) when 9/11 happened.

At first, I found it hard to believe that the awful pictures I was seeing of devastation in New York City were directly linked to the horrendous oppression I had witnessed of the Afghan people under the Taliban.

It was the Taliban who sheltered al Qaeda and helped make 9/11 possible. The US reaction was swift and decisive: military force.

After not paying enough attention to Afghanistan, suddenly America was paying it too much.

Moderate voices like my friend, the mujahid commander Abdul Haq began trying to persuade Pushtun tribal leaders to hand over al Qaeda and to dismantle the Taliban peacefully.

He believed that it wasn’t necessary to bomb Afghanistan to achieve that result.

Nobody got a chance to know if it would have worked.

Days later, Abdul Haq had been assassinated, as were many other moderates. Afghanistan was plunged into war again.

The Taliban were routed, a new government installed. There were scenes of rejoicing in Kabul and other cities. Afghans queued up to vote in free elections. The impossible dream of an Afghan society in which women could play a full role seemed to have come true.

But there were always problems. The Afghan army was propped up by foreign forces.

The vast amounts of aid coming into a country whose civic structure had all but collapsed caused widespread corruption — and the huge US contracts awarded to its cronies didn’t help.

A generation of Afghans had been traumatized by war. There were orphans and widows and no jobs for young men who were often forced to sign up with the local independent warlord to feed their families.

The chance the West had to rebuild infrastructure, to win hearts and minds, was squandered.

The irony is that some of the most liberal versions of Islam have always flourished in Afghanistan alongside the extreme traditionalist viewpoints.

My father was the writer Idries Shah; his family came from an Afghan Sufi tradition — the mystical philosophical side of Islam.

For years, I’ve been involved with a project by the Idries Shah Foundation to distribute anthologies of Sufi stories, which stress the value of common sense, critical thinking skills, humor and women’s rights.

While the extremists grab the headlines, many if not most Afghans are receptive to these ideas — and these are the people who are yet again headed for the dark.

One of the best Sufi poets, Sheikh Saadi of Shiraz, said in the 13th century:

The people of the world are limbs of one body.
We share the same essence.
When one limb is in pain,
The rest of the body suffers agony.

One thing that has heartened me over the last few awful days is that many women in the West have started contacting me. They want to know what they can do to help women and girls in Afghanistan.

Because our own society isn’t the same one it was 20 years ago, either. In a world that has gone through the #MeToo movement, the women I talk to aren’t willing to let the Taliban win.

At the Idries Shah Foundation, we and our partners, Hoopoe Books, are looking for new ways to carry on our work, trying to educate women and girls both inside Afghanistan and among the millions of refugees who will now be forced to leave their homeland yet again.

I feel it’s time for us women, at least, to realize that we are all connected. To do anything we can to defend the rights of women and girls in Afghanistan.

I’d like to make an appeal — for girls’ education and for women’s rights — particularly the right to work, education and medical care. And for the millions of Afghans who will — yet again — be forced to flee their country as refugees.

We can’t change the past. But the future is up to us.