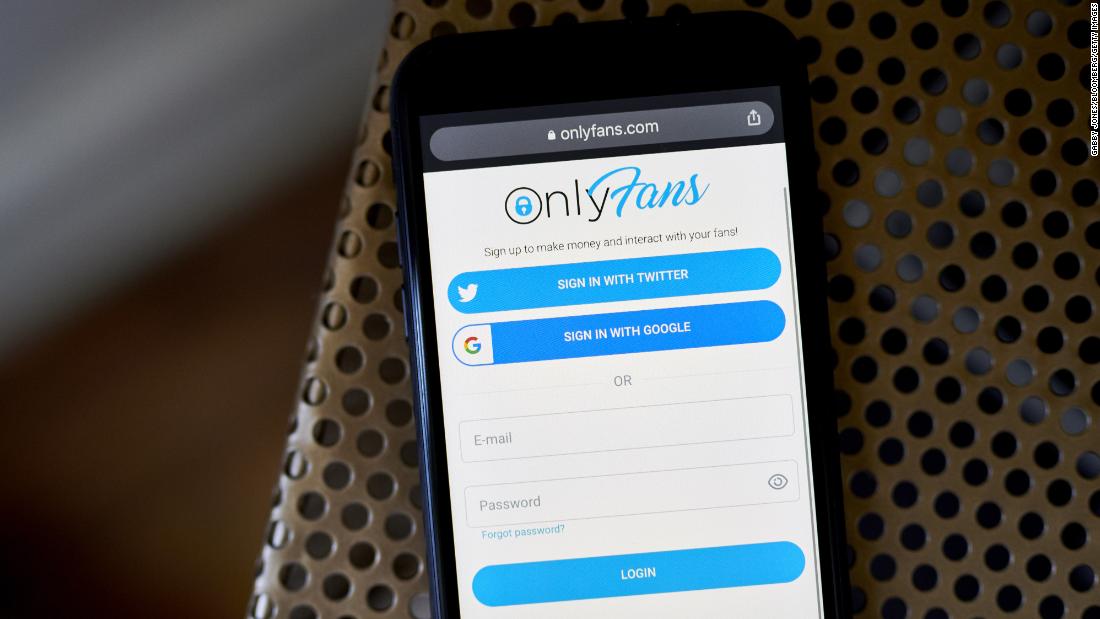 “In order to ensure the long-term sustainability of the platform, and to continue to host an inclusive community of creators and fans, we must evolve our content guidelines,” the company said in a statement, adding that the changes come after requests from “banking partners and payout providers.”

It’s a massive shift for a service that has become a major space for adult content as the creator economy has exploded. Like other social platforms, OnlyFans allows its creators to either offer content for free, or else wall their live-streams, videos and messages behind paid subscriptions. Creators can also earn revenue through tips or paid messages.

The website, which was founded in 2016, says it has 130 million users. It pays out more than $5 billion to its creators — who number more than 1.5 million — each year.

OnlyFans markets itself as a place where photographers, musicians, make-up artists, actors and other creators can earn part or even full-time incomes.

But it is best known as a haven for sex workers and influencers wanting to promote and sell access to adult content.

The company on Thursday said that it would still allow creators to post nudity “as long as it is consistent with our Acceptable Use Policy,” even though it was banning what it called “the posting of any content containing sexually-explicit conduct.”

The use policy prohibits violence, rape and lack of consent, among other content. It also bans the depiction or promotion of “escort services, sex trafficking or prostitution.”

OnlyFans said it would “be sharing more details in the coming days.”

“We will actively support and guide our creators through this change in content guidelines,” the company added in its statement.

The decision was met with criticism, with some comparing it to blogging platform Tumblr’s move in 2018 to ban images and videos featuring “adult content,” including pornography. Experts at that time said the sweeping ban threatened to alienate communities, including LGBTQ users, sexual assault survivors and sex workers who used the service to connect with each other and talk about safety issues.

Others questioned what the OnlyFans decision would mean for sex workers who depended on the platform for income.

“OnlyFans would be nothing without the sex workers whose labor built it up into a major platform,” tweeted Kim Kelly, a journalist who covers labor rights. “Now it’s tossing them aside, and removing a vital source of income from a population of workers who are disproportionately marginalized and have no protections under US labor law.”