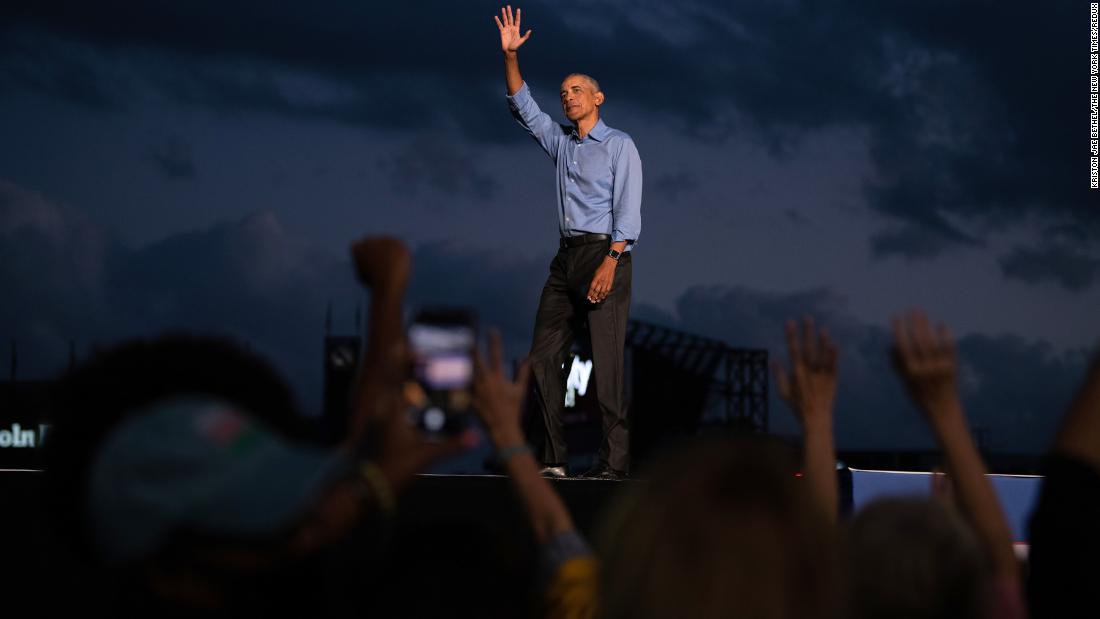 The birthday bash for the former President was previously planned to be held outside and follow all US Centers for Disease Control and Prevention public health protocols, with testing for guests and a Covid safety coordinator on site, a source had told CNN earlier this week.

More than 400 guests, including celebrities and former Obama administration officials, were reportedly expected to attend the affair, along with nearly 200 hired staff working the party.

But now, the celebration for Obama, who turns 60 on Wednesday, will be only be for family and close friends.

“This outdoor event was planned months ago in accordance with all public health guidelines and with covid safeguards in place,” Hannah Hankins, a spokeswoman for Obama, said in a statement Wednesday provided to CNN. “Due to the new spread of the delta variant over the past week, the President and Mrs. Obama have decided to significantly scale back the event to include only family and close friends.”

Hankins added that “President Obama is appreciative of others sending their birthday wishes from afar and looks forward to seeing people soon.”

The New York Times, which first reported on Obama cutting the huge guest list for his party Wednesday, noted that many guests were already en route to the Massachusetts island.
Martha’s Vineyard, in Dukes County, is currently designated by the CDC as an area of “moderate” Covid-19 community spread, and Massachusetts has a high vaccination rate. In accordance with the updated CDC guidance, Martha’s Vineyard boards of health issued an indoor mask advisory late last month.

Despite criticism from some conservatives, Obama had appeared to move full steam ahead with his plans to host guests at his 29-acre estate on the island.

White House press secretary Jen Psaki, who had worked in Obama’s administration, defended the former President’s party on Monday, insisting during a press briefing that his team had numerous safety protocols in place for the event.

Noting that Obama “has been a huge advocate of individuals getting vaccinated,” Psaki said: “What CDC has provided guidance on is for indoor settings and higher substantial high zones of Covid cases. This event … is outdoors, and in a moderate zone.”

Massachusetts Gov. Charlie Baker, a Republican, told reporters on Tuesday that an event like that is “not a good idea,” and that had he been invited to Obama’s birthday, he would have declined.