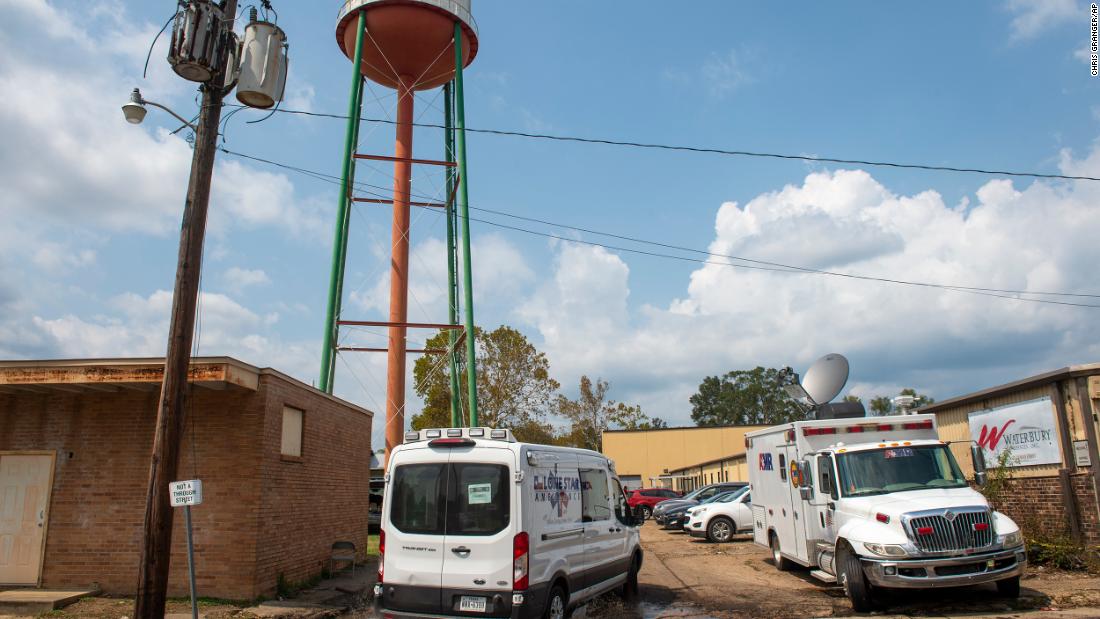 The nurse recalled the administrator describing the warehouse as “a medical facility in Independence.”

CNN is not naming the nurse, or their facility, because they were not authorized to speak to the media and were fearful they would lose their job.

“We were put in a situation that we did not know, but we handled it,” the nurse said.

A review of business licenses by CNN has found that Bob Dean Jr. of Baton Rouge is listed as an executive for the seven nursing facilities, in addition to the warehouse.

When questioned about the warehouse by CNN affiliate WVUE, Dean said that, “we only had five deaths within the six days and normally with 850 people, you’ll have a couple a day, so we did really good with taking care of people.”

CNN has reached out to Dean and the facilities for comment but did not immediately receive a response.

The unnamed nurse said they received notice in the early morning hours of August 27 that staff and patients were evacuating ahead of Ida. Ambulances were used for bed-bound patients, “lift buses” for wheelchair-mobile patients and small buses were used to transport fully mobile patients.

Henderson said she was told their patients were evacuating the evening of August 27.

When the unnamed nurse got on the transportation, they were told they were heading to a “sister facility” out of town. Henderson, too, said that she was told by her supervisor they would be going to another facility.

Residents housed in leaking, flooded buildings and “had to squeeze in” to large warehouse

Instead of sister facilities, patients were being dropped off at a warehouse in Independence, both nurses said. While patients would stay there, the healthcare workers were provided lodging at a campground about 20 miles away, the nurses said.

Both nurses said patients initially were split between the large warehouse and two smaller buildings on site.

However, when the unnamed nurse returned to one of the smaller buildings on August 28, the rain from the outer bands of Ida had arrived. Doing their rounds, the unnamed nurse said they and other health care workers discovered that a number of patients had gotten wet from rain overnight. That led them to move residents to the warehouse.

“Which was crazy because it was already full,” the nurse said. “So they had to squeeze in.”

Henderson confirmed the unnamed nurse’s account, saying that she arrived as the patients were being moved because of a leaking roof.

That Sunday saw Ida’s winds and rains tear through Louisiana, causing widespread flooding and extensive damage. Parts of the warehouse property was affected by flooding, the unidentified nurse said.

Water at one point began rushing into a smaller building on-site where some patients were being kept, the nurse said.

The nurse and others rushed into the building and almost knee-high water and began evacuating roughly 60 patients.

Nurses quickly got the patients who use wheelchairs out, but had to use air mattresses stacked on top of each other to evacuate bedridden patients, the unnamed nurse said.

Once they evacuated the patients, that’s when the lights went out, the nurse recalled.

Air conditioning and lights, or oxygen

For the next several days, the nurse says that while a large generator ran continuously, it switched between providing lights and air conditioning, and wall outlet electricity. The nurse said that as a result of that, the warehouse, which had few windows, was frequently plunged into darkness.

Henderson described the warehouse as hot and humid. There were electric fans inside the warehouse initially, she said, but they were later removed because they were perceived to be the reason breakers repeatedly tripped.

The flickering outages also meant that nurses had to pay special attention to what was receiving any electricity at any time. When the lights and air conditioning were on, the unnamed nurse said they eventually realized it meant the wall socket electricity was off. No one had informed them that would be the case, the nurse said.

That almost proved deadly, the nurse said, because a number of their patients required concentrated oxygen to stay alive. The only way that those in their section realized this, the nurse said, was when they noticed patient oxygen saturation levels dropping during their rounds.

“If you didn’t make rounds you wouldn’t have known,” the nurse said.

The nurse told CNN that supplies, including oxygen tanks, dwindled or completely ran out during the storm. At one point, the nurse said some patients were transported to the hospital because they had no more oxygen tanks.

Henderson said she was aware that some patients were evacuated because of oxygen tank depletion.

In the log of a 911 call obtained by CNN, someone requested emergency transport at the warehouse because there weren’t enough “supplies” to feed a diabetic patient.

Henderson said food and water ran low throughout the ordeal.

“They had small portions of food,” she said.

The hundreds of residents spent most of their time in the warehouse on air mattresses and cots, tightly packed together on the floor of the building, both nurses said.

Because they were in a warehouse, and not a medical facility, many patients just had to eat in whatever position they were in on their beds. Some patients, Henderson said, had to eat laying on their back, or flat on their side.

“Which was dangerous because they could have choked,” she said.

Some, the nurse said, were even trapped in cars for hours during the height of the storm. That, and because the housing also lost power and water, led many health care workers to sleep in their cars outside the warehouse.

“This was unbearable and unnecessary,” the nurse said. “We didn’t leave after the storm we were too scared of getting lost.”

Henderson said that she only was able to get the hotel room for two nights. After that she, like many other healthcare workers, slept in her vehicle.

Despite promises that they would be fed, the nurse also said that healthcare workers had to find their own food. At times, they even had to find food for patients, paying for it with their own money.