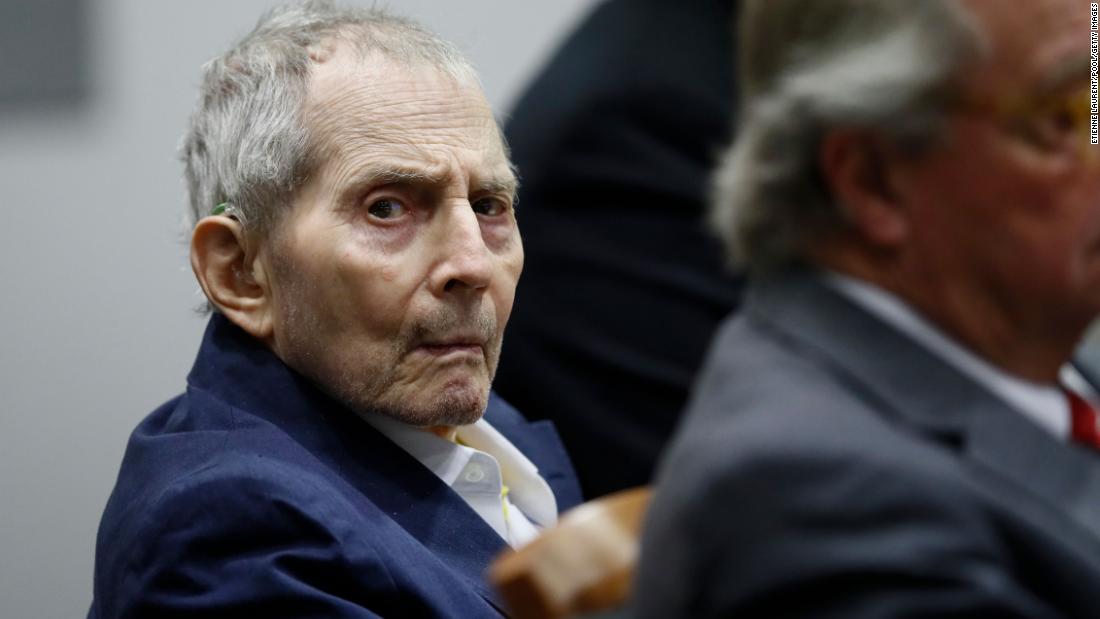 It is believed Durst killed Berman in an attempt to silence her over the disappearance of his wife, Kathleen McCormack, in 1982. However, Durst’s defense attorneys maintain his innocence in both Berman and McCormack’s cases. Previously, Durst was acquitted in 2003 for murdering and dismembering his neighbor, Morris Black, due to self-defense.

Durst was arrested for Berman’s murder shortly after the release of a six-part HBO documentary series called “The Jinx: The Life and Deaths of Robert Durst” in 2015.

From Andrew Jarecki and Marc Smerling, the series examines the disappearance of Durst’s wife, the murder of his friend and the dismembering of his neighbor. Durst willingly contributed to the documentary series and took part in interviews.

“Do I think this is a coincidence? Hell, no,” he said. “There has been rumor, innuendo and speculation for a number of years, and now we’re going to get our day in court on this.”

According to Susan Criss, a former Texas District Court judge who presided over the 2003 trial for the murder of Durst’s neighbor, the producers of the series provided all of the evidence they collected to police. Criss said it is likely that Durst’s statements on the show are part of the new case against him.

However, the evidence isn’t entirely new. Investigators have had much of the information before the show aired, Criss said.

However, what the documentary does bring to the table is incriminating information straight from Durst himself.

During the finale’s last shot, Durst went into the bathroom, unaware that his microphone was still on.

“There it is. You’re caught,” he said. He then rambled a series of seemingly unrelated sentences before saying, “He was right. I was wrong.” Then, Durst added: “What the hell did I do? Killed them all, of course.”

While it is unclear what these words mean or how they can be used against him, Criss told CNN that it wasn’t the first time Durst made statements that seemed to incriminate himself while being recorded.

“In our trial, he had been recorded on the phone talking to his wife and friends, making a lot of admissions, and the state never used that,” she said. “But he was aware that he had been recorded, saying things that could implicate him in the murder we were trying. Earlier in those interviews, in a previous interview for that very program (‘The Jinx’), there was a break where he was caught practicing his testimony. And so he realized, he knew he had a mic on. This is the third time he’s made that mistake.”