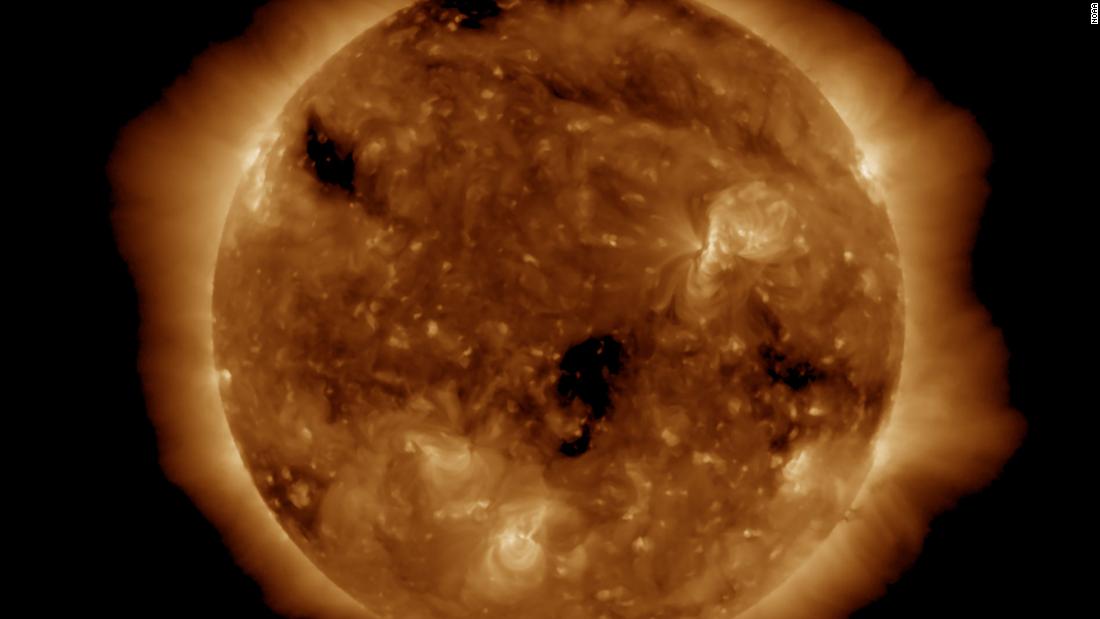 More people will be able to see the dazzling display, with auroras visible in Scotland and the north of England and as far south as New York, Wisconsin and Washington states, according to United States and United Kingdom authorities.

The effects are expected to continue Tuesday and Wednesday, according to the UK’s Met Office, which said there could be a “rather active period of geomagnetic activity.”

Geomagnetic storms are large disturbances in the Earth’s magnetic field caused by changes in the solar wind and the structure of the interplanetary magnetic field. This latest storm was triggered on Saturday by a strong coronal mass ejection — a hugely energetic explosion of light, solar material and energy from the Sun.

The National Oceanic and Atmospheric Administration’s Space Weather Prediction Center said this geomagnetic storm was a “moderate” one, calling it a “G2” event on its 1 to 5 scale. The US agency also noted that the storm’s impact would be felt above 55 degrees latitude, and it was possible that power grid fluctuations could occur.

The Northern Lights are driven primarily by solar winds — particles emitted from the sun that flow out through space and tear through Earth’s magnetosphere, creating a colorful light show.

Such space weather caused by the sun is important to understand, because, in addition to power grid ramifications, it can impact satellites, GPS, airlines, rockets and astronauts working in space.

In the UK, the Met Office said it would be possible to catch a glimpse of auroras on Tuesday night across most of Scotland and a “slight chance” further south, in the North of England and Northern Ireland. However, it cautioned that the weather was likely to be cloudy, making sightings unlikely.

The effect of geomagnetic storms can be felt for a number of days, according to the Met Office.

The weather forecasting service also said that minor geomagnetic storms may continue Tuesday, before a fast wind from a coronal hole may arrive, continuing a rather active period of geomagnetic activity.

According to NASA, coronal holes are regions on the Sun where its magnetic field is open to interplanetary space, sending solar material speeding out in a high-speed stream of solar wind.
The Sun is getting more active. It started a new 11-year solar cycle in 2019, and the current cycle’s solar maximum — when activity peaks — is predicted to happen in mid-2025.