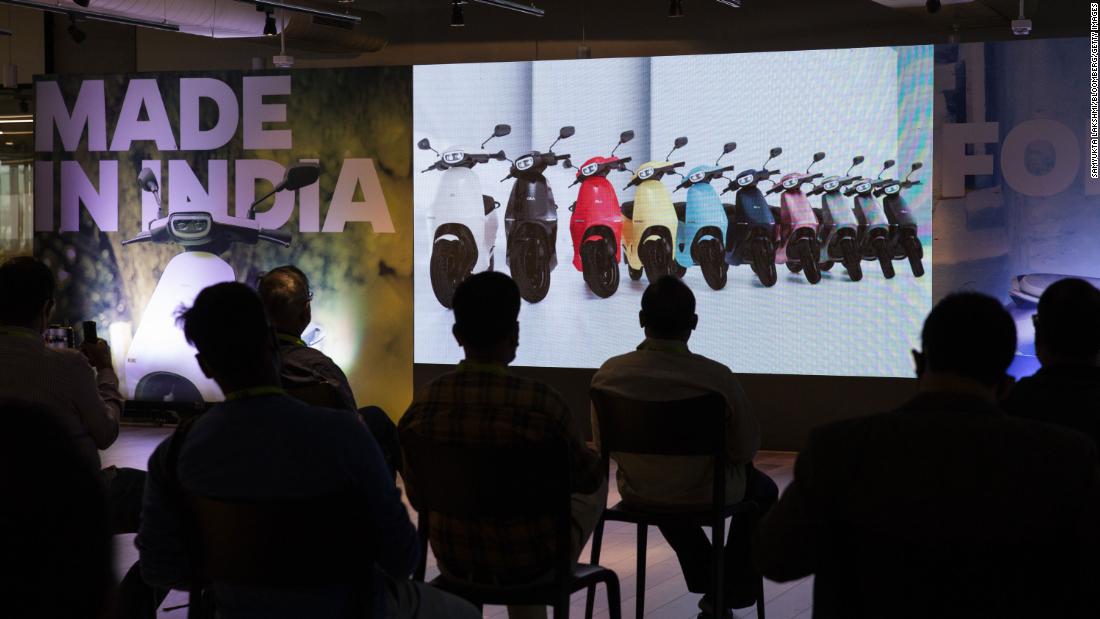 Ola Electric’s “FutureFactory,” in Tamil Nadu, India, will eventually employ 10,000 women, the company’s co-founder Bhavish Aggarwal said in a blog post Monday. The first group of women started working at the factory this week, and the full facility is set to open at the end of 2022.

The plant will be “the world’s largest women-only factory and the only all-women automotive manufacturing facility globally,” according to the blog post.

The move is part of a series of efforts by the company to help create a more inclusive workforce and provide economic opportunities for women, Aggarwal said. “For India to be the world’s manufacturing hub, we must prioritize upskilling and generating employment for our women workforce,” he added, citing a study that showed providing women parity in the labor workforce can grow India’s GDP by 27%.

When Ola Electric’s factory is fully built and ready to go at the end of next year, it is expected to have the capacity to produce 10 million electric scooters per year.

India faced a record drop of nearly 24% in gross domestic product from April to June 2020, and unemployment in the country has been particularly high because of the pandemic-related economic slowdown. India experienced its first recession in decades last year. Although the country is still grappling with the pandemic, vaccines are helping the economy bounce back. India’s GDP grew a little more than 20% in the three months leading up to June 30.
Ola Electric’s parent company, the Softbank-backed ride-hailing giant Ola, has announced plans for an initial public offering sometime next year. Ola also secured a $500 million investment from Temasek and Plum Wood Investment Ltd, an affiliate of Warburg Pincus.
Aggarwal told CNBC last month that he wants both Ola and Ola Electric to go public eventually.

“Both companies in due course will go public. Ola will obviously go public sooner, it’s a more mature business — sometime next year, but we don’t have any final, final date to share with everybody,” Aggarwal added.

Ola Electric launched its scooter earlier this summer, teasing the official announcement with a video of Aggarwal riding around Bangalore. The company recently hired Jose Pinheiro, the former vice president of manufacturing at General Motors as the head of global manufacturing and operations for its electric business.