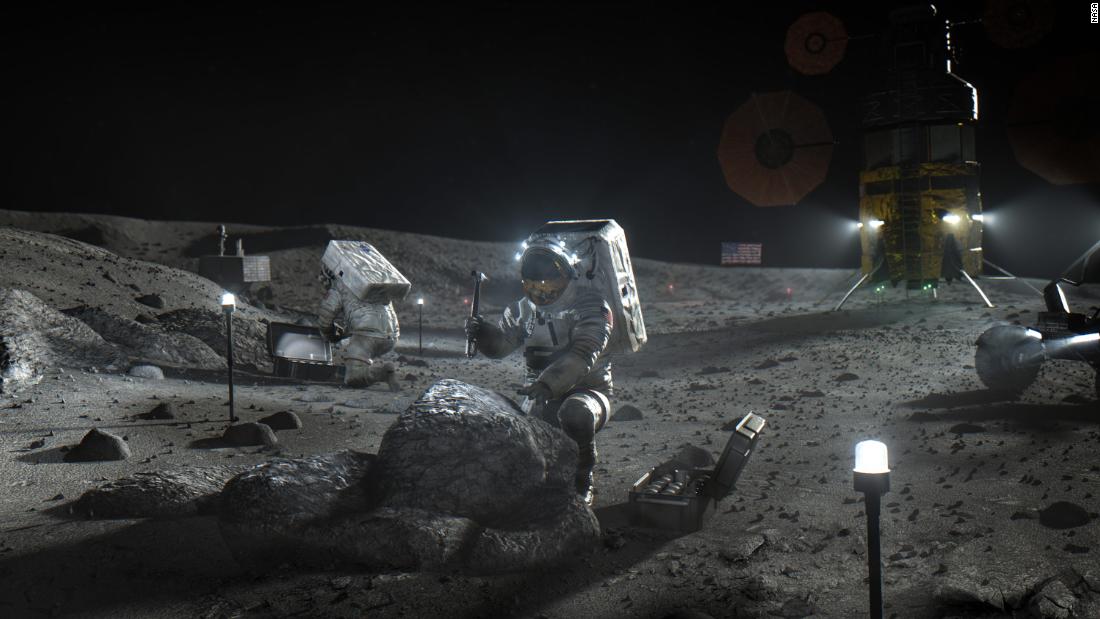 Even though NASA will have spent more than a billion dollars on the next-generation spacesuits, Martin concluded that the “suits would not be ready for flight until April 2025 at the earliest” and are “years away from completion.”

The report attributes the delays to funding shortfalls, Covid-19 impacts and technical challenges. Currently, there are 27 different companies supplying various components for the suits. SpaceX’s Elon Musk said on Twitter that the report makes it seem “like too many cooks in the kitchen,” adding that “SpaceX could do it if need be.”
SpaceX won a $2.9 billion contract from NASA in April to develop the lunar lander for the Artemis program. But the awarding of that contract was delayed due to a protest from two competitors, Blue Origin and Dynetics. The inspector general said those protests, combined with delays to NASA’s Space Launch System and Orion Capsule, also contributed to NASA’s inability to meet its goal of a 2024 landing. The issues have resulted in approximately 20 months of delay to the flight suit delivery schedule, according to the report.

Former NASA Deputy Administrator Lori Garver has previously criticized the 2024 time line and compared the Artemis program to the parable of the emperor with no clothes.

In response to the release of the report, Garver told CNN, “Unfortunately, I don’t think the emperor has many clothes left on under the spacesuit either.”

“I’m soberly realistic. The goal is 2024, but space is hard. And we know when you are pushing the edge of the envelope, often there are delays. There’s a No. 1 factor and that’s safety, and it’s involving humans. There might be a delay, but the goal is late 2024.”

An audit was carried out between August 2020 and July 2021 to examine the development of NASA’s next-generation spacesuits required for the International Space Station and Artemis missions that will return humans to the moon later this decade.

The development of new spacesuits is critical for “returning humans to the Moon, continuing safe operations on the International Space Station, and exploring Mars and other deep space locations,” according to the report.

These Extravehicular Mobility Units, or EMUs, include the spacesuit and hardware that astronauts use to connect to the ISS and other spacecraft.

“Currently, astronauts use EMUs designed 45 years ago for the Space Shuttle Program and rely on these refurbished and partially redesigned spacesuits for extravehicular activities on the ISS,” according to the report.

The development of new spacesuit technology has been ongoing at NASA for the last 14 years. Five years ago, work began on the Exploration Extravehicular Mobility Units, or xEMU project. Two flight-ready xEMUs, as well as a test suit and a demo suit for the ISS, are also needed ahead of this historic lunar landing.

The report noted that the failure to complete the suits ahead of the November 2024 planned mission, known as Artemis III, isn’t the only factor impacting the schedule.

Recommendations to get back on track

To make sure the xEMUs are completed, the report made four recommendations including adjusting the schedule to reduce development risks and creating a master schedule that brings hardware and training needs together.

The document also suggests “ensuring technical requirements for the next-generation suits are solidified before selecting the acquisition strategy to procure suits for the ISS and Artemis programs” and making sure that strategy meets the needs of both programs.

“The lunar landing relies on the HLS Program, which is early in the design phase, but has specific requirements for the technical capability, functionality, and overall size of the suits,” according to the report. “However, the suits are also needed as soon as possible by the ISS Program to replace aging suits that have exceeded their design life by more than 25 years, necessitating costly maintenance to ensure astronaut safety. Thus far, NASA has struggled to align these schedules with mission needs.”

After receiving a draft of the report, NASA management agreed with the recommendations and has plans to address them.

“NASA intends to perform a demonstration prior to the first Artemis crewed mission” by June 2022, according a letter from Kathryn Lueders, NASA’s Associate Administrator of the Human Exploration and Operations Mission Directorate, that was included in the report.

The agency released a statement on Tuesday addressing the report.

“Sending the first woman and first person of color to the lunar surface and establishing a long-term presence at the Moon under Artemis is a priority for NASA. The agency is evaluating the current budget and schedule for Artemis missions and will provide an update later this year,” according to the statement.