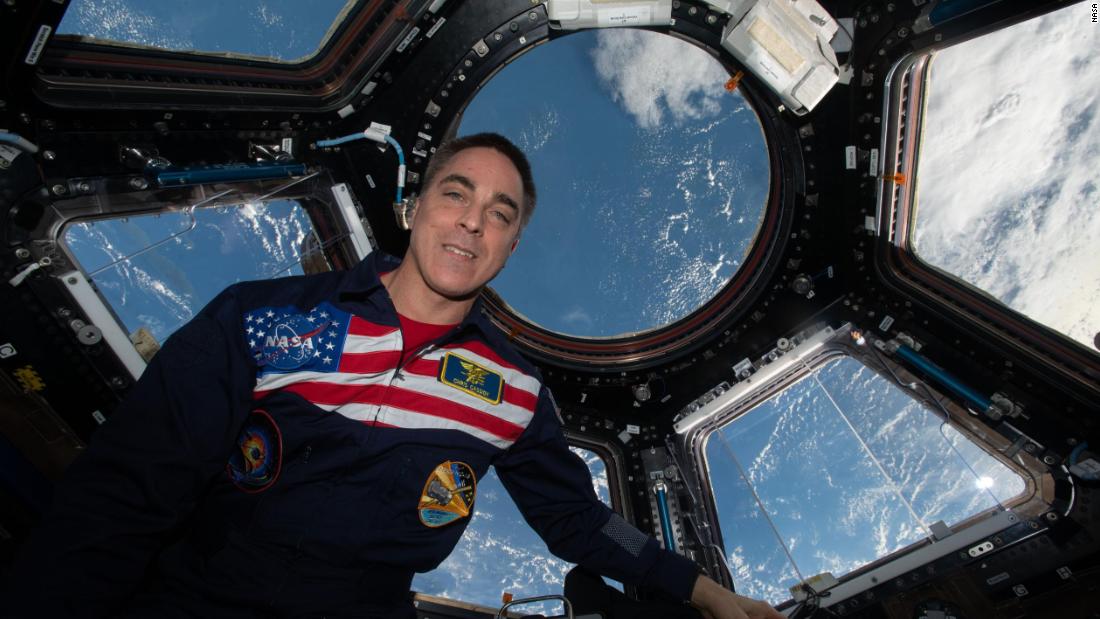 In September 2001, Chad went to the Pentagon to attend launch briefings. He boarded American Airlines Flight 77 early on a Tuesday morning at Washington Dulles International Airport to head back to Los Angeles. Both his wife of just 14 months, as well as his parents, lived in California. The flight took off, looped around and crashed into the Pentagon.

Chad was 29 years old when he died on September 11.

For 20 years, friends and family have looked after the Kellers since they lost their son. But when a stranger reached out to the Kellers a few years ago, he made them a promise. Together, they could make Chad’s dream of going to space come true.

Richard Keller and former NASA astronaut Chris Cassidy sat down with CNN for an exclusive conversation about fulfilling Chad’s dream.

From Afghanistan to the stars

Before Chris Cassidy was selected as a NASA astronaut in 2004, he was a Navy SEAL. Prior to September 11, Cassidy had taken over a SEAL platoon called SEAL Team 3, which was responsible for deploying to the Middle East.

Their team, which had been training for a year and a half together, was planning for a six-month deployment around Thanksgiving in 2001.

When “that terrible day happened, we gathered our things and deployed right away,” Cassidy said. The team would be sent to both Kuwait and Afghanistan.

“I knew that there were families out there that were hurting that day and would continue to hurt,” Cassidy said. He and his platoon wore patches honoring the NYPD and other first responders on their uniforms.

When Cassidy returned from his second deployment in Afghanistan, he began to train as an astronaut. Over the course of his career with NASA, Cassidy flew on the Endeavour shuttle in 2009 and spent two rotations on the International Space station from March to September 2013 and April to October 2020. He completed 10 spacewalks.

“The beauty of flying to space multiple times is that the first time is kind of for you, and subsequent times, it’s kind of for others,” Cassidy said. “One of the special things about spaceflight is that NASA allows us to carry a few mementos for friends, family, loved ones and organizations that mean something to us.”

During his first and second missions, those mementos largely belonged to family members. The items need to be small, like photos, jewelry and patches or pins.

“For my third mission, I really wanted to give that experience to others,” Cassidy said.

Ahead of his final spaceflight in 2020, Cassidy reached out to the National September 11 Memorial & Museum in New York City. Although Chad Keller was connected to the Pentagon, he was featured at the museum, which includes a rotating display highlighting the stories of 9/11 victims. Chad’s story included his deep love of space.

Cassidy knew he had found his next flight companion.

Richard Keller was traveling in Florida when he got a phone call out of the blue from Cassidy.

Cassidy told the Keller family he was going to space and asked if their son would like to go for a ride. The Kellers said they couldn’t be happier to “let him ride with a guy like Chris.”

“That’s the kind of people we need in this world,” the Keller family said.

Through phone calls and emails, they told Cassidy about their son and his dreams.

“I was just really excited to talk to Chad’s family and let them know what it meant to me to bring their family, specifically Chad, to the space station and kind of complete his journey,” Cassidy said.

When Cassidy launched to the space station in April 2020, he was 50 — the same age Chad would be now, had he lived. The Kellers watched the launch, praying for his Cassidy’s safety, and they were elated that their son was going with him.

Cassidy carried Chad’s Boeing launch pins as well as two pins from University of Colorado, his memorial service program, a photo of Chad and his wife Lisa and a letter, as well as some of his ashes. Cassidy also brought a piece of steel and wrist bands carrying messages of hope from the 9/11 museum.

During his time in space, Cassidy took photos of the objects he carried with him in the space station’s observatory called the cupola. Its windows look over the planet. He also provided positive, hopeful messages to everyone on the planet struggling through the first year of the pandemic.

“With each item that I pull out. I always pause for a second to think a little bit about the story to that particular item,” Cassidy said. “It’s kind of special to think about the story and the path, the journey of that object from the hands that it was in to my hands to this window.”

“It was a wonderful gift, and we appreciate it every day,” Richard said.

The Keller family has a 20-year history of spreading Chad’s ashes where he’s been or the places he wished to go.

“That was just the top of the spectrum, to have his ashes go to space. That’s a place he hadn’t been, but was his dream,” Richard said.

Cassidy will carry his spaceflight experiences, as well as connecting with families like the Kellers, with him for the rest of his life.

“The world would be a better place if every human being got five minutes to look out that window” of the space station, Cassidy said. “It made me more appreciative for everything that Earth offers to us. Friendships, connections and shared experiences are all that much more meaningful to me now.”

The Keller family will make their trips to New York and Washington, DC for the 20th anniversary of the September 11 attacks. They plan to spend private time in the 9/11 museum’s family room. And they’ll sit with Chad on one of the benches at the National 9/11 Pentagon Memorial that bears his name.

The 9/11 museum has recently launched the Never Forget Fund to support its programs and preserve the legacy of all who were impacted by 9/11 so that younger generations without a firsthand memory will know their stories.
Later this month, Chad’s childhood friends will host their annual beach volleyball tournament at Manhattan Beach. The tournaments helps raise money for a scholarship in Chad’s honor that is granted each year to students studying at the University of Colorado to be aerospace engineers. So far, about 40 men and women have received the Chandler Keller Memorial Scholarship.

While Cassidy and the Keller family have never met in person due to the pandemic, they hope to remedy that some day.

Chad’s legacy lives on and his friends and family make sure his story is never forgotten.

“In 29 years, he did more than most people will do in a lifetime,” Richard said.