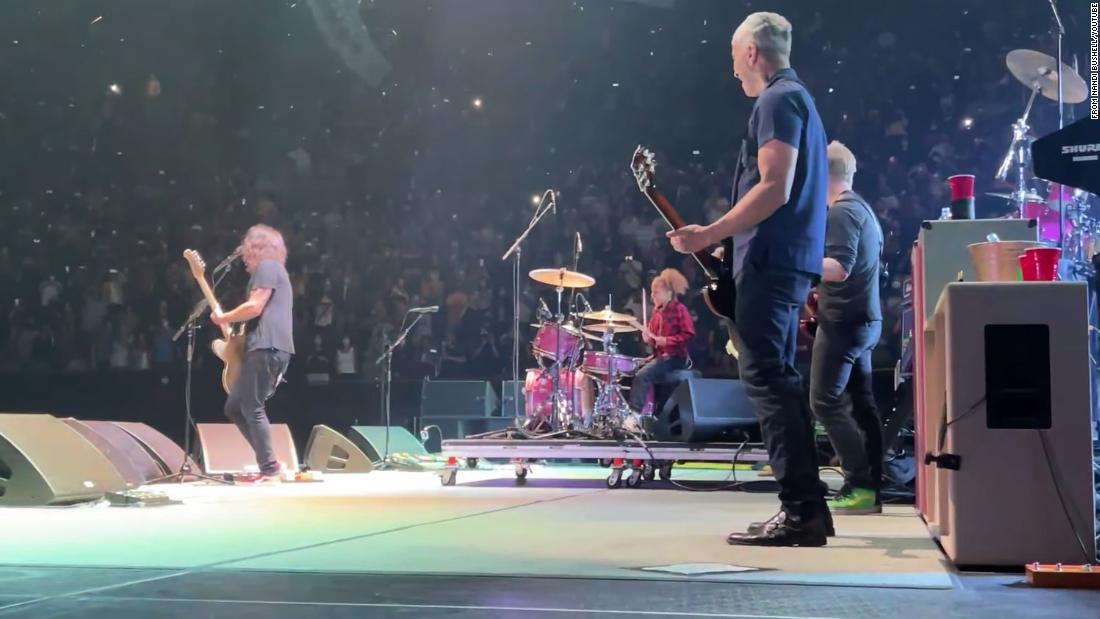 And finally, the multi-instrumental phenomenon has realized her dream of playing on stage with her musical hero.

On Thursday, topping off the band’s live performance at The Forum in Inglewood, California, 11-year-old Nandi Bushell played drums during their 1997 hit, “Everlong.”

The musicians, decades apart in age and experience, have repeatedly battled one another online on drums.

In September 2020, the Grammy Award-winning singer, drummer and guitarist wrote a song about Nandi and her musical gifts.
Grohl and Nandi met for a virtual chat late last year, accompanied by her mom and dad.

It was during that conversation that she got an invitation to play with the band on stage one day.

“But it has to be at the end of the set, because you’re going to steal the show,” Grohl told Nandi, who was 10 at the time.

“I can’t believe I’m talking to you. I feel like I’m meeting a Beatle,” Grohl said. “Have you been playing drums a lot?”

Nandi told Grohl she started playing drums with her dad when she was 5.

“Then, I got too good for him,” she told Grohl, and so they got a proper teacher for her.

Nandi, who hails from the UK, also plays bass, guitar and piano.