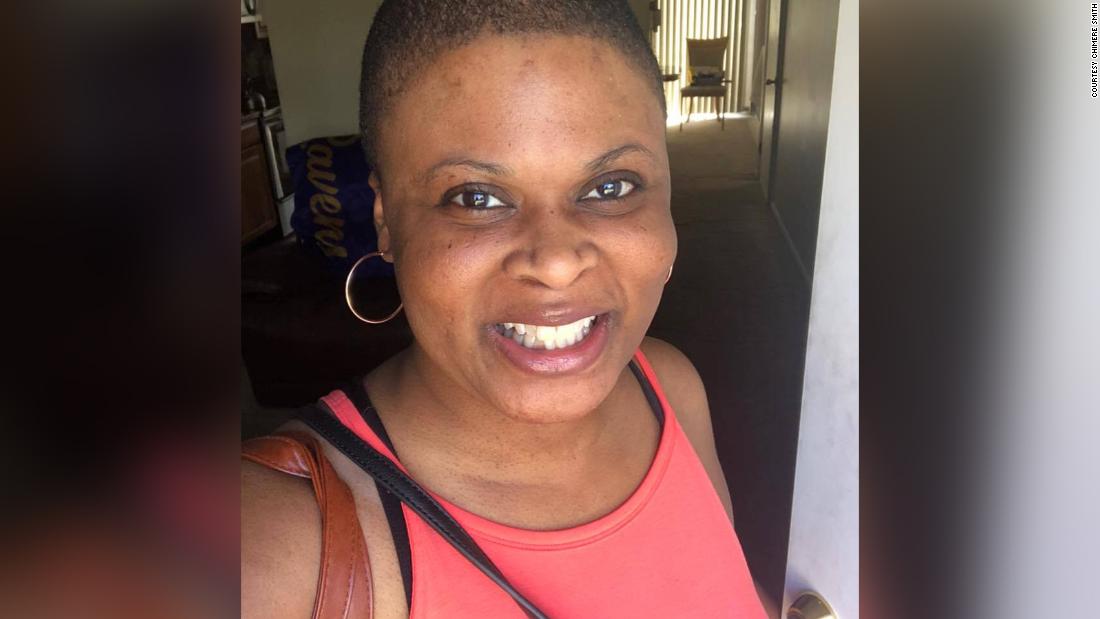 According to multiple studies, long Covid may affect up to a third of Covid-19 patients. Smith is one of them, and people like her continue to feel the effects of the disease months, weeks, or, in Smith’s case, more than a year after an acute infection.

A study out of Stanford University reported that the most common persistent symptoms after Covid-19 were fatigue and trouble breathing, which impacted people’s ability to work and do other activities. Participants in that study also reported memory problems, loss of taste and smell, and even hair loss.

In late March of 2020, Smith, a school teacher from Baltimore, Maryland, went to her primary care doctor with a sore throat, shortness of breath, dizziness, diarrhea, and difficulty standing up — some of the symptoms that are now recognized by the US Centers for Disease Control and Prevention as possible symptoms of Covid-19. In her first month of illness, her symptoms went from dizziness to fainting and to feeling like “someone had hit my head on the concrete.”

But, Smith says, “I was dismissed. I was accused of being anxious and paranoid.”

Meanwhile, her condition continued to deteriorate, as going into the second month of her illness, she reported more problems with vision, breathing, as well as neurological symptoms like memory problems. By month six, she was unable to walk.

Smith, who identifies as a Black woman, said when she went to see doctors — many of them White men — they assumed she was a drug addict. One accused her of being “too aggressive” when she tried to contest their assumptions about what was ailing her.

“There’s nothing worse than being told that when vision is lost in your left eye, that it is a dry eye,” Smith said.

She ended up taking more than a dozen Covid-19 tests, all of which turned out negative. Antibody tests were negative too. But, according to Dr. Igor Koralnik, chief of neuroinfectious diseases and global neurology at Northwestern University, it’s not unexpected that long-haulers test negative for viral particles and antibodies. By the time long-haul symptoms establish themselves, patients may no longer be shedding viral particles, and antibodies in the blood can diminish quickly. (A small study from China found that even patients who were hospitalized sometimes tested negative.)
It’s unclear just how many Black women are also struggling with long Covid, but Smith says she has received an influx of messages from Black women like her who are also suffering from symptoms associated with long Covid, while struggling to get the care they need. According to the CDC, compared to White people, Black people have a slightly higher risk of developing Covid-19, and almost three times the risk of being hospitalized for it.

Smith has seen her plans to become a school principal evaporate, along with her plans to help her mother retire and to help her family after her niece’s birth. “People don’t understand what happens in a Black community when a Black woman loses a job or is unable to function,” she said.

Smith’s activism work with Body Politic, a wellness and advocacy collective that provides support to long Covid patients, has gained attention from the National Institutes of Health and the CDC. Her input with Body Politic has made it into the CDC guidance for caring for Covid patients, which “felt like an Olympic torch… Because I am so proud of the work that we’ve been able to do.”

Body Politic has given Smith a community of people with similar experiences that can organize and support each other through long Covid’s mysterious struggles. Smith herself has become a spokesperson and advocate for patients like her; she has testified before Congress about long Covid’s effects on people and their communities.

And patients are just starting to get the recognition they need to, she hopes, get better. On July 26th, the Biden Administration released guidance that stated long Covid could qualify as a disability under federal law, and would thus be covered under the Americans with Disabilities Act.

Smith told CNN that her ability to walk is starting to come back, and while she still considers herself disabled, she has made progress in recovering.

But the mystery of long Covid persists.

How does a respiratory disease end up affecting the brain?

A year and a half into the pandemic, experts still puzzle over the how a respiratory virus may result in “brain fog” and memory problems.

“Long Covid’s effects on the brain are probably multifactorial,” says Dr. Dennis Kolson, a neurologist at the University of Pennsylvania who is studying Covid-19’s long-term impacts on the brain. He said that there’s “very limited” evidence that the virus that causes Covid-19 is actually infecting the brain tissue. Rather, many of the neurological issues doctors are seeing are probably due to infection throughout the body.

Experts have proposed a number of theories that could explain long-term neurological effects of Covid-19. It could be that the lungs aren’t able to get enough oxygen to the brain or that the immune system causes so much damage throughout the body that the brain is also affected.

A preprint of a study in April found evidence that the virus interferes with cells in tiny blood vessels called capillaries, which would affect blood flow to the brain.

It is also possible that some virus particles themselves are causing damage in the brain, though according to Kolson, it is unlikely that this explains the long-term effects patients are seeing.

Dr. Michael Saag is an infectious disease doctor in Alabama who treats Covid-19 patients and has been living with long Covid himself. His initial illness involved chills, fever, muscle and body aches, a loss of smell and taste, “brain fog,” and a grueling, nightly cycle of frightening drops in oxygen levels he likened to the movie “Groundhog Day.”

Saag managed to avoid hospitalization. But, after his initial symptoms cleared up, he found out that he wasn’t quite done with the virus. He would find himself unable to focus or think clearly each day after 2 p.m. He said his “sense of hearing, which was starting to become a little bit impaired before Covid, took a pretty big hit.” While he has recovered some of his sense of hearing, he now uses a hearing aid.

In the early stages of the pandemic, the care he was able to provide for his patients living with long Covid was limited. “So going March to April-May, we didn’t know anything about long Covid… And as a provider, when we all went through this, we didn’t have much to offer except hand-holding and comfort care,” Saag said.

However, he sees some hope on the horizon. “The fact that so many people at one time over the course of a year have developed this long-haul syndrome, that gives us a chance, an opportunity to study it intensively, and that’s what’s going on right now,” he said.

One of those hopes might be the Penn Neuro Covid-19 Care Clinic, where Kolson is a provider. It’s one of a number of centers that have formed to care for patients with a range of symptoms after Covid-19, including Northwestern’s Comprehensive COVID-19 Center and the Johns Hopkins Post-Acute COVID-19 Team.

The Penn Neuro Clinic uses a “comprehensive type of approach,” according to Kolson, where patients are given a full neurologic examination but are also put in touch with experts from other departments in the Penn system, such as the cardiology department, because of how Covid-19 tends to affect multiple organ systems. The Northwestern clinic, Koralnik noted, does not ask for physician referral, and accepts telemedicine requests from around the country.

More concentrated studies to understand long Covid are also underway. Koralnik said that the Northwestern clinic is researching the effects of long Covid on cognition, sleep, and its ophthalmologic impacts. The National Institutes of Health has launched its Post-Acute Sequelae of SARS-CoV-2 infection, or PASC initiative. The initiative coordinates and funds a number of studies to understand the effects of long Covid and how they might be treated. Some sites have already enrolled tens of thousands of people to investigate the condition and its causes.

For patients like Smith, the recent initiatives are good, but she’s stressed the need for Black women like her to be included. In one study aiming to characterize the lingering symptoms of long Covid from the University of Washington, just 1.7% of the 177 participants were Black. In a study aiming to evaluate risk factors for long Covid with more than 43,000 participants out of Columbia University, just 22% of its participants are Black.

“We desperately need the government and policy makers and doctors to step in to include us in research, to write and to capture adequate notes about our circumstances and our conditions and to believe us when we tell the doctors that we suspect that we have cases of Covid,” she said.

But there’s more work to be done. “I just hope that… [Black women] are not forgotten,” Smith said. “Because I almost was.”