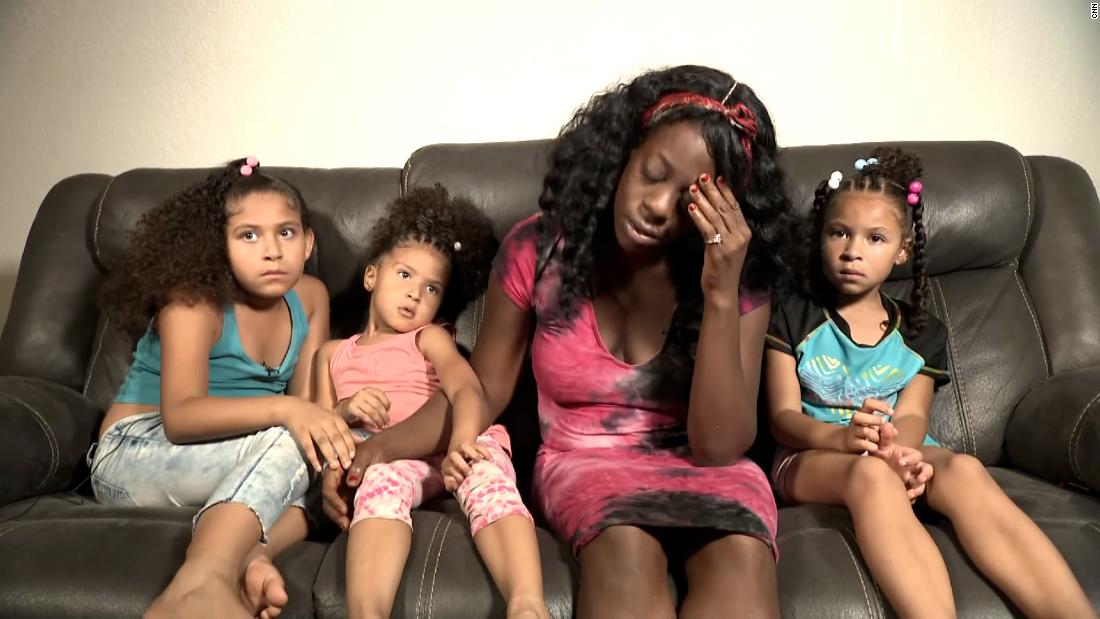 On Tuesday, Kelly sat on her couch, one of the last pieces of furniture left in her apartment in Las Vegas, and was told how much money was raised. The mom of three was left speechless as CNN’s Erin Burnett told her the amount.

“I just want to tell everybody thank you so much,” Kelly said as tears ran down her face. “I’m still in denial.”

Kelly was joined by her three daughters Sharron, 8; Kia, 6; and Imani, 5. The family was featured in a CNN story that aired on Monday about the federal eviction moratorium that ended this past weekend.

Last year, the 32-year-old lost her job as a card dealer when the pandemic forced casinos to shut down. She is one of the more than 11 million Americans that are behind on their rent, according to the Center on Budget and Policy Priorities.

“I had no idea what we were going to do,” Kelly said about facing eviction.

She started a GoFundMe on Monday night in hopes of raising $2,000 to cover the back rent she owed. Just 24 hours later, the campaign has raised $172,000 from 2.5 million donors.

“It gave me a lot of hope,” she said. “And I just want to make sure I do the best that I can to help the next person that is in my same situation.”

CNN’s Kimberly Berryman and Nick Watt contributed to this report.