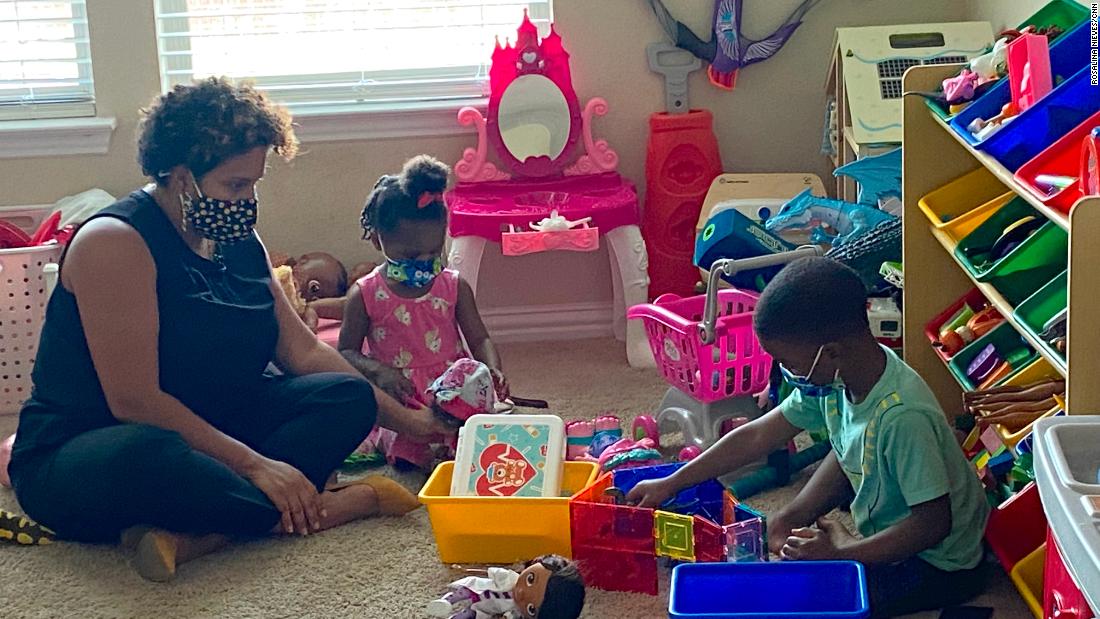 “I’ve had conversations with (him) explaining that we have leaders that make decisions for our state. And right now the leaders have made a choice that people do not have to wear masks,” she tells CNN of her chats with her son, who likes to be called Morris or Tre, depending on his mood.

“But we, the Wilsons, we are going to wear a mask because that’s what’s going to help keep us safe, and our friends and family,” her pitch to her son ends.

“And, you know, he’s 5, right? So we have these conversations over and over again.”

“Kids will not be forced by government or by schools to wear a mask in school,” Abbott told CNN Houston affiliate KPRC on July 21.

This means the literal adults in the room in school buildings aren’t able to ensure masking is happening.

The CDC says kids who can should go back to the classroom, echoing the view from education experts, parents and students that in-person education is vastly superior to remote learning. And to make that work in the time of Delta, the CDC says masks are a must.

The Wilson household is a perfect example of why. Wilson is sending her son to school so he doesn’t fall behind in socialization and academics. She’s keeping her 3-year-old daughter Madeleine home, because Madeleine is immunocompromised.

And that means Wilson really needs Covid mitigation efforts in school to work.

“They are like inseparable when they’re home together,” Wilson said of her children. “So there’s no way that they would not be interacting with each other in very intimate ways and what he is exposed to could potentially expose her to something that could cause her to get sick.”

Wilson believes she’s following the science when she says it would be safer for Tre and Madeleine if there was universal masking in school buildings.

Stephanie Elizalde, the superintendent of the Austin Independent School District, where Tre will be attending kindergarten, agrees.

But because of the rules in Texas, Elizalde can’t mandate masks in buildings. Instead, she has chosen to defy the spirit of the governor’s order on mandates, while not violating the letter of it.

Last week, her legal team came up with one novel approach: School buses are public transportation so they’re governed by an existing federal transportation mask mandate. Elizalde reinforced that and said anyone on the bus will have to wear a mask, in the hope it will set a tone.

“If kids take them off when they leave the bus, teachers aren’t going to make them put them back on,” said one Austin ISD official. “But, you know, we’re hoping once it’s on, it’s on.”

The mandate-but-not-a-mandate move is just part of a slew of things Elizalde is doing to keep school buildings safe even if some kids don’t mask up.

There will be Plexiglas barriers, social distancing and strictly monitored student pods that make contact tracing easy if a student turns up infected. At some schools, students will rotate through outdoor classrooms.

Last school year, a lot of students weren’t in the building — they were taking remote classes full time. The numbers in school will be much larger this year, so the mitigation strategies will be taxed that much more.

Elizalde is convinced her schools are as ready as they can be for students to return. But a universal mask mandate would make her breathe easier.