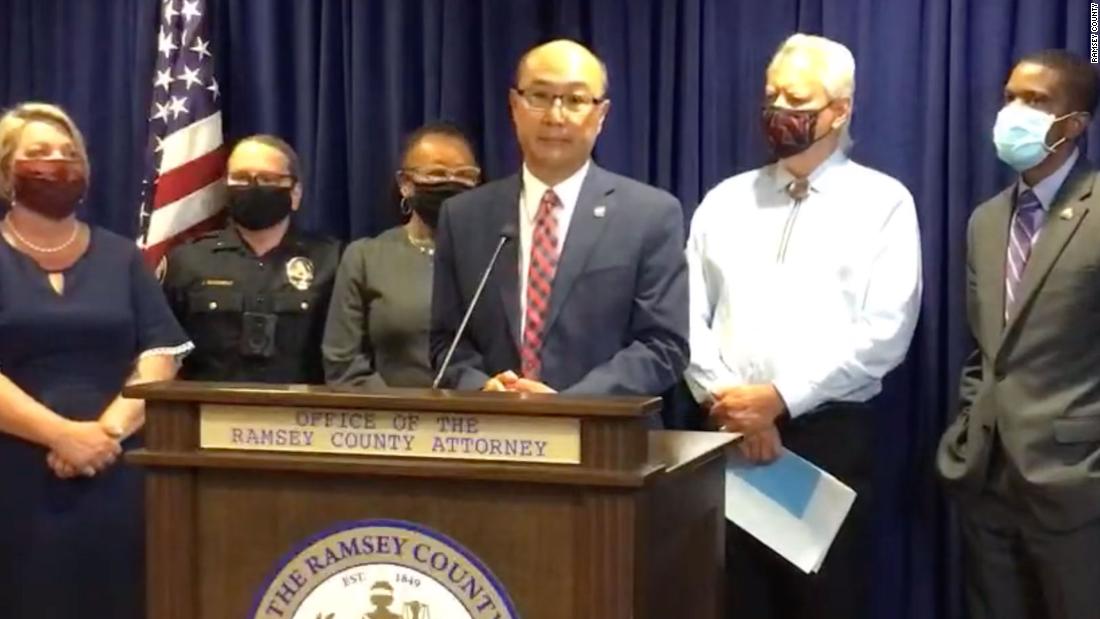 These type of stops — known as non-public safety stops — have a history of leading to fatal interactions with police, especially in Black communities, according to Ramsey County Attorney John Choi.

“I’m not going to continue to perpetuate these unjust practices, these police practices, that have really harsh results to our community,” Choi told CNN Thursday. “We really need to start thinking about the actual negative impact this has with police and community relationships and the outright racial disparity is telling by looking at the numbers.”

The shooting, along with other high profile shootings of Black people, sparked protests and renewed conversations about policing, equity and the country’s racist roots, topics that remain relevant today and have led to some institutional changes in the US.

Yanez pulled Castile over on July 6, 2016, because of a broken tail light, prosecutors said. Yanez was acquitted of second-degree manslaughter and other charges in 2017.

Choi was the prosecutor who brought charges against Yanez because Castile complied with the officer’s commands and posed no imminent threat.

Choi compared police stopping motorists for minor traffic infractions to stop-and-or-frisk, where police stop, question and frisk people they considered suspicious. The practice was ruled unconstitutional in 2013 by a New York federal judge.
The new policy is in partnership with five of the area’s police departments as part of the Vera Institute of Justice’s Motion for Justice Initiative, according to a news release from the nonprofit national research and policy organization.

“These non-public safety stops, which are often referred to as pretextual stops, occur when a person is detained for a minor infraction while police seek evidence of a more serious crime,” the Vera Institute of Justice said. “Research shows that racial and ethnic bias play a role in police decisions to make this type of traffic stop.”

A May 2020 New York University Study looked at 100 million traffic stops across the US and found Black drivers were 20% more likely to be stopped than White drivers. Once stopped, Black drivers were searched up to twice as often as White drivers, “while they were less likely to be carrying drugs, guns, or other illegal contraband compared to their White peers,” the study said.
In Ramsey County, Choi said Black people are stopped by police for a traffic infraction four times more than others. Ramsey County has a population of over 550,000, of which 61.1% are White, 12.9% are Black, 15.3% are Asian and 7.5% are Hispanic/Latinx, according to the US Census Bureau.

Todd Axtell, Saint Paul police chief, said in a statement he and Choi have had many conversations about traffic stops and “what’s in the best interest of our community.”

“Our data show that most traffic stops occur in areas of the city experiencing higher levels of crime, which also happen to be home to our most diverse populations and many people living below the poverty level,” Axtell’s statement read. “The last thing we want to do is add undue hardship to people struggling to make ends meet.”

CNN’s Ralph Ellis and Bill Kirkos contributed to this report.