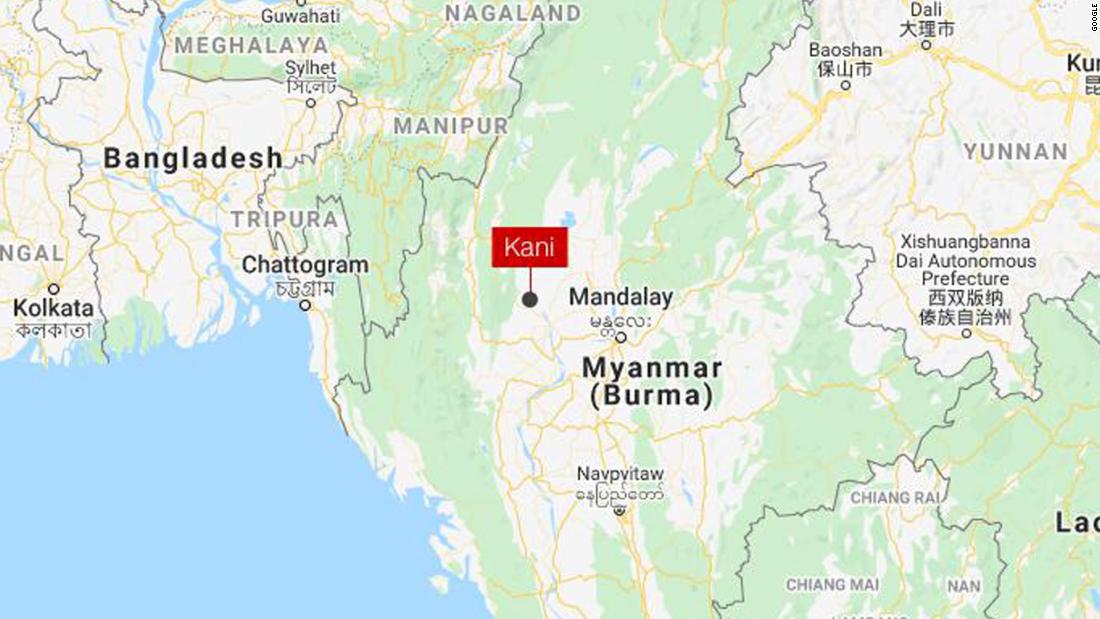 Since the military overthrew the elected government of Aung San Suu Kyi on February 1, hundreds of people have been killed as the army violently quelled protests, and in clashes between soldiers and often hastily assembled, lightly armed local militias.

The bodies were found in several different locations around Kani, a town in the Sagaing area, which has seen fierce fighting in recent months between the army and the militia groups set up by opponents of military rule.

Reuters could not independently verify the claims and a spokesman for the military did not answer calls seeking comment.

In a letter to UN Secretary-General Antonio Guterres, Myanmar’s UN envoy Kyaw Moe Tun — who represents the elected civilian government — said a total of 40 bodies were found and described three different incidents during July in Kani.

Kyaw Moe Tun described the incidents as “clearly amounting to crimes against humanity,” calling on the UN Security Council and international community to impose a global arms embargo on Myanmar’s military.

“There is no sign of easing atrocities, killing, arrest committed by the military,” he wrote. “We demand for urgent humanitarian intervention from the international community before it is too late.”

Fighting in the Sagaing area has now mainly stopped and it was unclear if more bodies would be found, said a member of the Kani militia, who asked not to be identified.

“Most villagers in the remote area had fled to the nearby town,” he said, accusing the military and a rival pro-junta militia of carrying out reprisal killings and looting.

The militia member also put the total number of bodies so far at around 40, found on several occasions.

A military information newsletter dated July 30 said security forces had been attacked by around 100 “terrorists” with small arms near Zeepindwin village in Kani. It said soldiers had retaliated and nine bodies had been retrieved, along with hunting rifles, homemade mines and a grenade.

Security forces have killed at least 946 people since the coup, according to the Assistance Association of Political Prisoners, a Thai-based activist group. The military has disputed the tally and also said many members of the security forces have been killed.