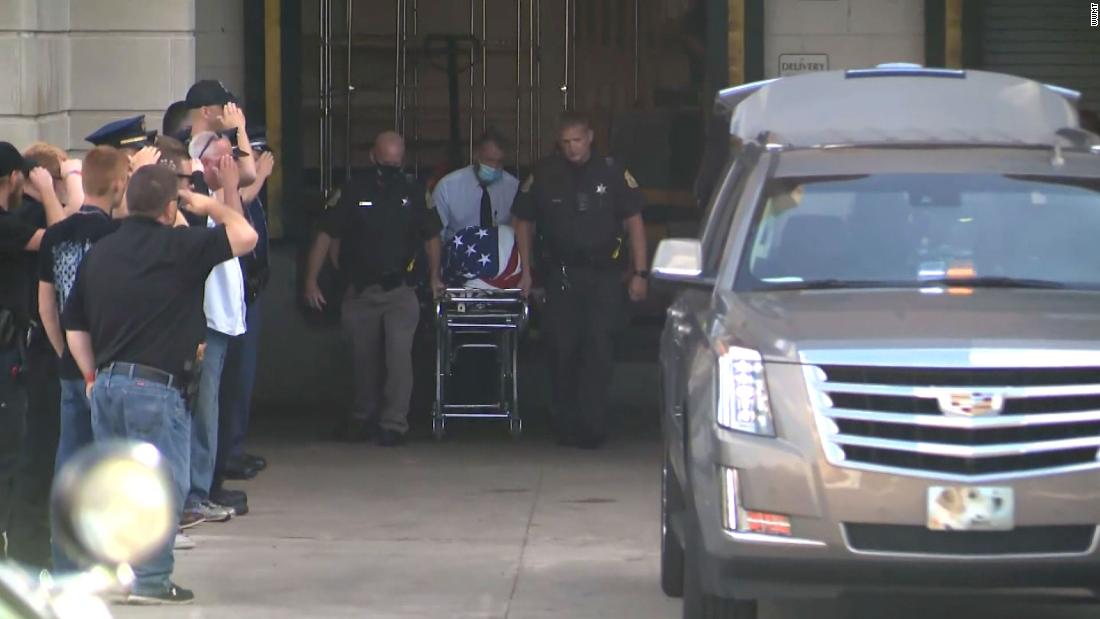 The suspect led authorities on a chase and fired on deputies who fired back, killing the suspect Saturday evening, the Kalamazoo County Sheriff’s Office said in a news release posted on Facebook.

Deputy Ryan Proxmire suffered a gunshot wound “while he was actively pursuing a fleeing vehicle” during the incident, the sheriff’s office said.

“It is with a heavy heart and deep regret that we announce Deputy Ryan Proxmire has succumb to his injuries,” the office said in a later statement Sunday.

Sheriff Richard C. Fuller is expected to hold a press conference Monday updating the community with details on the investigation into the officer involved shooting.

Deputies said the incident began when the suspect, who was involved in a pursuit with a neighboring department earlier in the day, pointed a handgun at sheriff’s deputies who made contact with him at a gas station in Galesburg, Michigan. The suspect then got in a vehicle and fled the scene, according to deputies.

During the chase, the suspect “fired multiple rounds from his vehicle at the pursuing deputies,” and a Kalamazoo County sheriff’s deputy involved in the pursuit was hit, causing the deputy’s patrol car to leave the road, the release said.

A motorist found the injured deputy on the side of the road, called 911 and he was taken to a local hospital.

The Michigan State Police have been called in to investigate the incident.