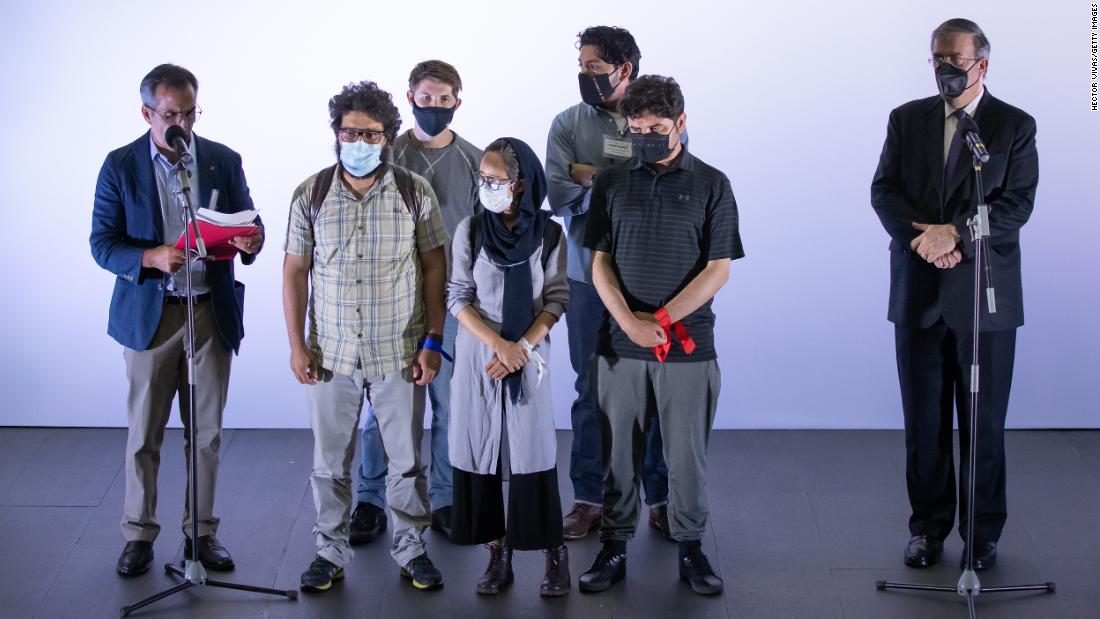 The group of 124 people whose lives would have been in danger in Afghanistan consisted of media workers and their families, including children, according to the statement. They arrived to Mexico City International Airport early on Wednesday.

Mexico’s Foreign Minister Marcelo Ebrard said the decision to offer protection to the journalists is “congruent with the historical position of Mexico.”

“It’s about those who are risking their lives to inform, to communicate; who are committed to freedom of expression,” he said, adding that the group included reporters and local staff members from “many media who have applied for humanitarian visas to Mexico due to the latest events.”

The foreign ministry added in the statement that the travel and living costs during their stay in Mexico will be covered by private sponsors and civil society organizations.

The Committee to Protect Journalists has warned that Afghan journalists face extreme dangers amid the Taliban takeover.

At least three female Afghan journalists have been murdered this year, according to Reporters Without Borders (RSF), while one was shot dead by a gunman in December 2020.

The New York Times said Wednesday that a group of Afghans who worked for the newspaper, along with their families, were part of the group.

According to a statement issued by the Mexican Foreign Ministry, the director of International News for the New York Times, Michael Slackman, thanked Mexico for its support and “the rapid dispatch by Mexico’s government of safe transportation for journalists.”

In the statement, Slackman also urged “the entire international community to follow this example and to continue working on behalf of the brave Afghan journalists who are still in danger.”

RSF said the Taliban was already imposing harsh constraints on the news media — even as it made promises about protecting press freedom.

“Officially, the new Afghan authorities have not issued any regulations, but the media and reporters are being treated in an arbitrary manner,” RSF secretary-general Christophe Deloire said in a statement.

The group said that at least ten journalists have been subjected to violence or threats while working in the streets of Kabul and Jalalabad in the past week.

Many of the western media that had presence in Afghanistan have evacuated their foreign correspondents and local staff in recent weeks, following the Taliban takeover.