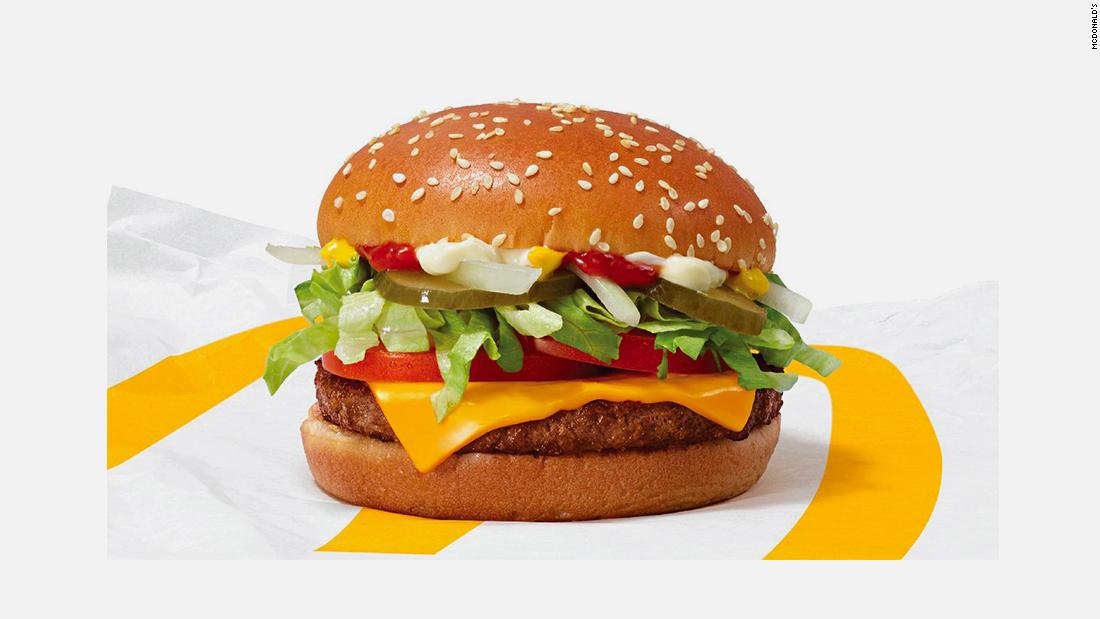 The McPlant, featuring a plant-based patty created in partnership with Beyond Meat, will be available at eight restaurants for a limited time starting November 3, McDonald’s said Thursday. The restaurants are in cities including El Segundo and Manhattan Beach in California; Cedar Falls, Iowa; Irving and Carrollton, Texas; and Jennings and Lake Charles, Louisiana, McDonald’s said.

Over the past few years, fast food companies have been experimenting with plant-based offerings to court flexitarian consumers, who want to eat less meat or add vegetables to their diet for health or environmental reasons.

McDonald’s is late to the plant-based party in the United States.

McDonald’s (MCD) first said that it would launch a McPlant line, which could eventually include plant-based chicken and breakfast sandwiches, during an investor update in November 2020. Over the past year, it has tested out the McPlant burger in certain European markets, including Sweden, Denmark, the UK and elsewhere.

While the McPlant may be attractive to vegetarians or flexitarians, strict vegans might be less interested in the product McDonald’s is testing.

The McPlant burger is served with mayonnaise and American cheese — along with ketchup, tomato, lettuce, pickles and onions on a sesame seed bun — and prepared on the same grill as meat and egg products. People who try the product can expect a patty made with ingredients like peas, potatoes and rice, McDonald’s said.

The test is designed to give McDonald’s a chance to see how the offering impacts its kitchens and restaurants, the company added.