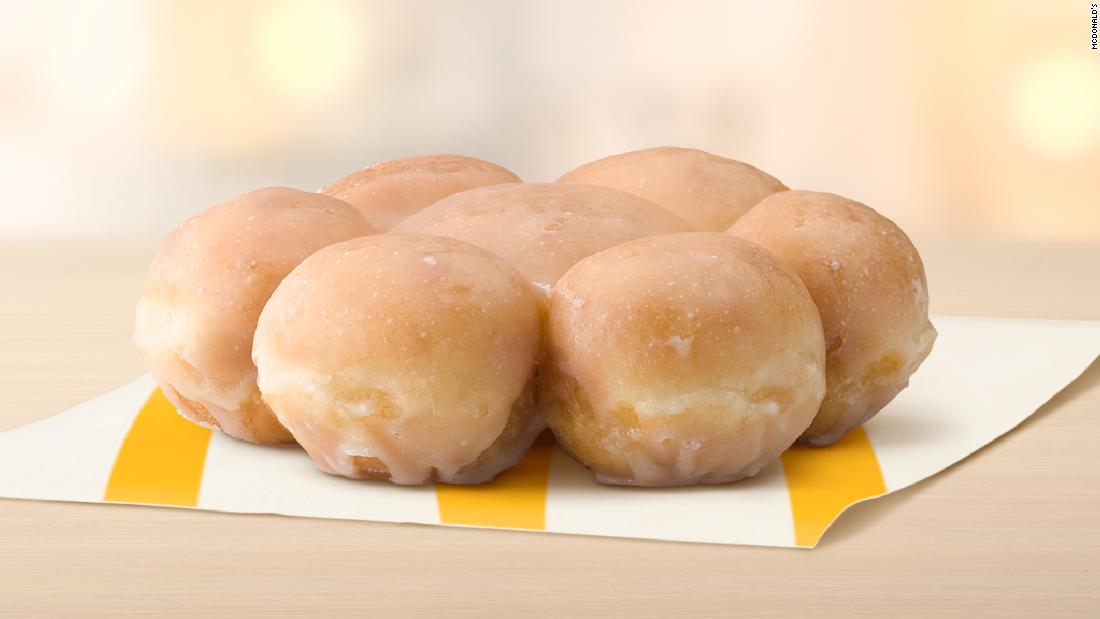 The new sweet treat hits menus at its United States restaurants beginning on September 1 for a limited time. McDonald’s said the doughnut is coated in a sweet glaze that tears apart to make it shareable. Similar to its other bakery items, which includes an apple fritter, a blueberry muffin and a cinnamon roll, the doughnut is also available all day.

The doughnut is the first change to its McCafé Bakery lineup, which launched in November 2020 to help boost its once-lagging breakfast sales. Changing its breakfast lineup has helped McDonald’s turn around sales during the crucial part of the day, especially as rivals bolster theirs.

Wendy’s (WEN) announced last week it’s spending an additional $10 million to advertise breakfast this year, bringing its overall spending on breakfast ads to $25 million in 2021. Dunkin’ has tested out healthier options and launched a plant-based breakfast sandwich, while Taco Bell tries to lure people in with breakfast tacos, burritos, and quesadillas.
McDonald’s is coming off a strong quarter with sales at US stores open at least 13 months jumping 25.9%. The company credited its BTS meal and crispy chicken sandwich for its explosive growth.