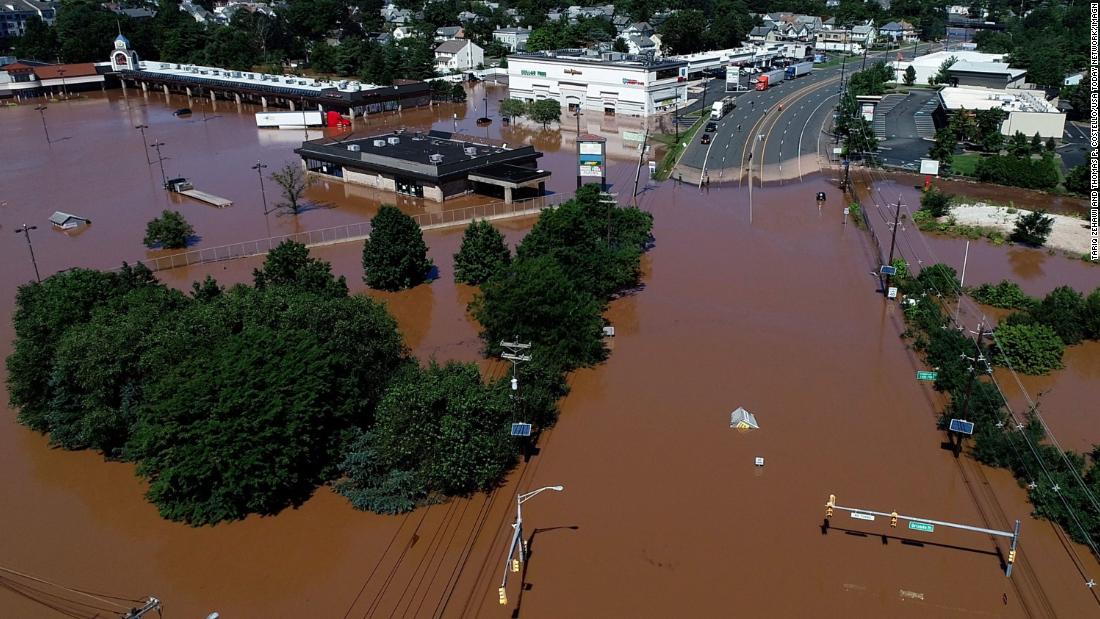 On Saturday, crews used drones, boats and sonar technology to search the Passaic River, where the drain the two are believed to have been swept into leads, Lora told CNN. The river runs to Newark, a nearby city that was drenched with single-day record-high rainfall of nearly 8.5 inches Wednesday.

“It’s such a challenge because there is no moving forward. It’s almost like grief in limbo. You don’t know what’s going on. You don’t know whether you’re grieving a loss, or you are still concerned whether missing individuals can be found — even though everything may say they won’t, you still hope for the very best,” Lora told CNN Friday.

The brutal storm battered areas from Virginia to New England, but was particularly destructive from metro Philadelphia to New Jersey and southern New York. That came after Ida devastated parts of the Gulf Coast as a major hurricane Sunday.

Four people died in Pennsylvania, and one each in Maryland, Connecticut and Virginia in the storm.

In Paterson, New Jersey, which is about six miles north of Passaic, 30 families are seeking refuge at emergency shelters.

New Jersey’s storm-related deaths rose by two Saturday, bringing the total to 27, according to Gov. Phil Murphy. Eighteen people died in New York state, 13 of whom were in New York City.

Sayegh said 300 have been rescued so far in Paterson and nearly 100 cars were abandoned.

One of those rescues involved crews drilling through a bridge to reach a man on the banks of the Passaic River as the storm raged Wednesday, Paterson Fire Chief Brian McDermott said.

To reach the man, the city’s Metro Urban Strike Team drilled a hole in the concrete bridge, McDermott said. The rescuers ploughed through several layers of rebar and corrugated steel to see to the bottom of the bridge and eventually pull the man out.

“If not for the work of our guys, Captain Tom Dyk and his boys from Rescue 2, and a group effort from all my staff, he is absolutely 100% dead,” McDermott said.

The rescue operation took about 45 minutes — that includes the time the team received the call, arrived on scene, assessed the situation, got the drill and began to create the opening needed to reach the man and get him out.

“All while the storm is raging, the winds are raging, and we’re handling a third alarm fire. An ambulance trapped with people. A hundred fifty people calling for help, and we’re only 8.4 square miles — that’s a lot going on,” McDermott said referring to his team’s overall rescue operations.

“There’s a lot of damage, and I made clear to the governors that my team at … FEMA (the Federal Emergency Management Agency) is on the ground and ready to provide all the assistance that is needed,” Biden said last week of the situation in the Northeast following the storm.

Manville experienced heavy flooding that led to several homes and a banquet hall exploding due to gas leaks, CNN affiliate WCBS reported. Firefighters could not access the areas due to extreme flooding.

Manville’s emergency management director estimated at least 100 homes in the community are uninhabitable, according to WCBS.

This would be Biden’s second visit to survey damage Ida caused.