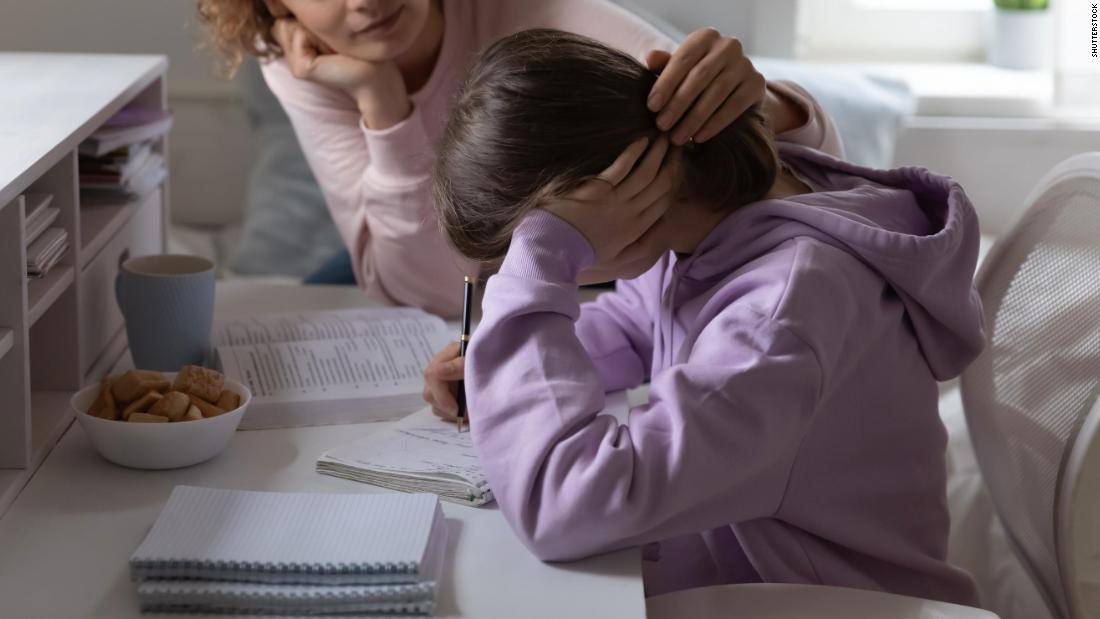 Tumbling test scores reveal how much learning was not absorbed by students driven to virtual schooling when their classrooms were closed overnight, often staying shut for over a year.

As school buildings finally reopen to in-person learning across the country, teachers and administrators are looking at how to get back on track.

“We did see some of those projections come true. And in fact, some of what we saw in the data was even more of an impact than we anticipated,” said Brooke Mabry, strategic content design manager of the NWEA non-profit education organization.

NWEA, formerly the Northwest Evaluation Association, developed MAP Growth adaptive assessments that measure individual student achievements and place them relative to their peers in a grade. Schools across the nation voluntarily use the tests to track students three times a year and identify where they can progress.

Reading scores in the fall of 2020 had been largely on par with previous years, and researchers thought literacy might not be impacted so badly by the changes to schooling. But by the spring of 2021, reading scores were between 3 and 6 percentile points lower.
And median math achievement dropped 8-12 percentile points compared to pre-pandemic levels, an analysis by NWEA found.

Generating a ‘sense of urgency’

The report used results from 5.5 million students in grades 3 through 8 who took the MAP Growth assessments in math and reading during the 2020-21 school year.

But the NWEA research, which dovetails with other state testing results now being released, doesn’t necessarily indicate failure, even if students did not grow their achievements as they would in a typical year.

“We weren’t in a normal or typical year,” said Mabry, who focuses on applying data to get instruction solutions. “I don’t want to lose this thread that we did experience some growth. … We want to ring and sound the bell for a sense of urgency to attend to this data, but we don’t want teachers to feel disempowered or disillusioned.”

Younger students in grades 3-5 were hit hardest, and poorer students and students of color were also disproportionately impacted, NWEA said.

Reading achievement for Asian American and White students dropped on average by up to 5 percentile points; for Black and Latino students, growth fell by between 4 and 10 points, and scores for native Americans and Alaskans were down an average of 1 to 7 percentile points.

In math, the differences were more pronounced, NWEA found, with achievement declines of up to 17 points for Black, Latino and Native American students, about twice the fall of White and Asian American students.

But with so many different factors affecting those groups, Mabry says, NWEA does not delve into why, preferring that local school districts and administrators dig into the data, knowing their own situations to work out what happened and how to address it.

Time to create a new baseline

In the Savannah-Chatham County Public School System on Georgia’s coast, that’s what Joe Austin is doing.

The 37,000 students in the district did not have full in-person school at all last year, though about a third returned to the classroom by the end for a hybrid schedule. The district’s students are 49% White, 39% Black, 6% Hispanic and 3% Asian, according to the National Center for Education Statistics. About 1 in 5 families have income below the poverty level.

There are some high-poverty areas in the diverse district and while there were fewer than expected gains in reading and math, the test results placed them right at the national norm for all schools, said Austin, the district’s executive director of Accountability, Assessment, and Reporting Services.

“We’re still meeting expected growth within national norms, which we did take away as a positive because it was such a challenge,” he said of the 2020-21 academic year, when administrators were looking to get meals and technology as well as teaching to the students.

Still, changes are needed, he acknowledged.

“When we complete our MAP testing in the fall, we’ll use that data to create a new baseline because our old baseline is obviously is no good after what’s happened over the last year and a half,” he said.

“Teachers will also have that information on individual student need, so they can tailor instruction to meet the specific needs of students, particularly in literacy and mathematics.”

Planning to close the gap

Austin’s colleague, Bernadette Ball-Oliver, associate superintendent for secondary schools, said she wouldn’t be looking for students to “catch up” with where they could have been but to ensure they can keep moving forward.

“We’re looking to close your gaps and to help you actually get on grade level and be able to perform and be masterful and master the standards for your grade level,” she said.

Teachers are being given extra support and knowledge so they can modify lesson plans or techniques to help students, she said.

“If we have a group of fourth-graders that came to me and I recognized they didn’t have this third-grade skill because they didn’t learn it last year, I’m able to put them in small groups and work with them differently to get them to where they need to be, to do the actual standard and the work that that we’re doing right now,” she explained.

Mabry of the NWEA agreed with that approach — if a child has lost confidence in reading, the answer may not be to take them out of social studies for extra literacy classes, for example, but to give them small-group teaching and divide text into chunks rather than assigning a whole chapter.

Ball-Oliver said this could be the time to refresh and revisit strategies — and keep things that did work in the pandemic — rather than just trying to get back to the old ways.

Her district used money it got from the federal CARES Act to boost its summer school, giving extra in-person instruction to about 6,000 students. That program is planned again for next summer, and Ball-Oliver hopes even more children will take part.

At the heart of everything are the teachers who were also impacted by the pandemic and could not enjoy the year in the classroom growing their students as they had planned.

“We know burnout is real,” said Mabry, herself a former teacher. “We know compassion, fatigue is real. So we have to tackle that actively as leaders — create the climate and the conditions where teachers have some supports as well.

“But yes, I think we’re up for it. We just have to make sure we’re going about it the right way.”