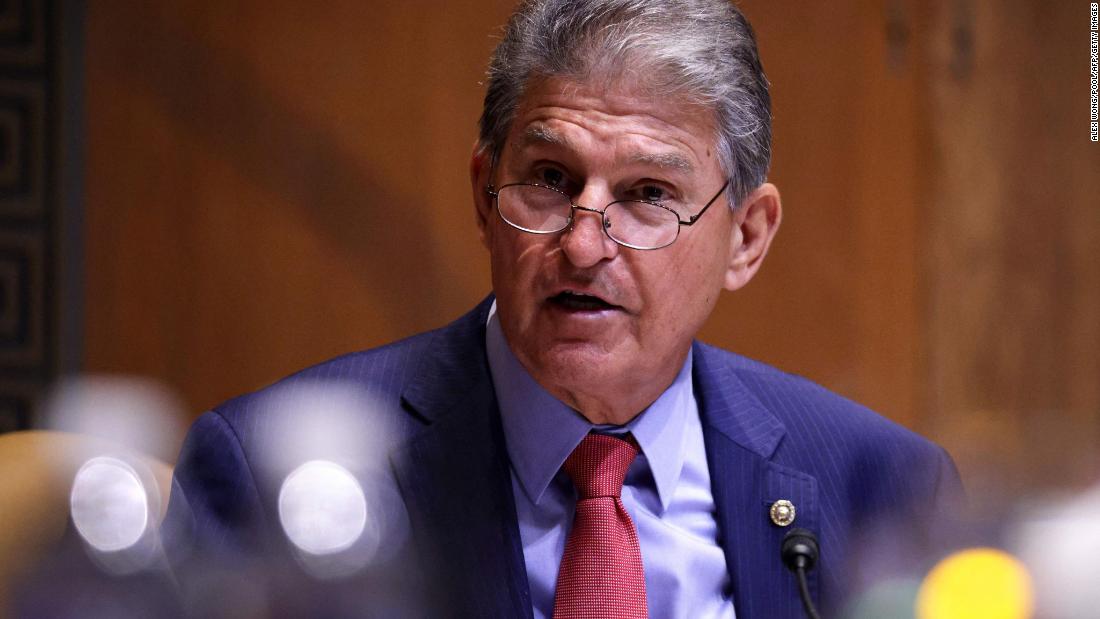 Manchin, who has long been skeptical of the staggering price tag, made clear Thursday that he’s also opposed to the timeframe Democratic leaders had been charting out for months, a position that now threatens both the larger Democratic-only proposal but also the $1.2 trillion infrastructure bill that passed the Senate earlier this summer.
In a strongly worded op-ed published in the Wall Street Journal on Thursday, the moderate senator called on fellow Democrats to “hit a strategic pause on the budget-reconciliation legislation,” referring to the bill that can be approved in the Senate by just a simple majority — meaning all 50 members of the Senate Democratic Caucus have to support the bill or it will collapse since all 50 Republicans are expected to oppose it.

“Instead of rushing to spend trillions on new government programs and additional stimulus funding, Congress should hit a strategic pause on the budget-reconciliation legislation,” he wrote in the op-ed. “A pause is warranted because it will provide more clarity on the trajectory of the pandemic, and it will allow us to determine whether inflation is transitory or not.”

He added: “While some have suggested this reconciliation legislation must be passed now believe that making budgetary decisions under artificial political deadlines never leads to good policy or sound decisions. I have always said if I can’t explain it, I can’t vote for it, and I can’t explain why my Democratic colleagues are rushing to spend $3.5 trillion.”

Manchin says he cannot agree to the $3.5 trillion plan “or anywhere near that level of additional spending” without fully assessing the effects on the economy.

Democratic leaders have set September 15 for a deadline to put together their reconciliation bill, and already House committees have begun taking action on their individual pieces of the larger proposal. House Speaker Nancy Pelosi has warned her colleagues she will not move on the $1.2 trillion infrastructure bill — which was approved 69-30 in the Senate last month — until the Senate passes the larger Democratic deal first.

But Pelosi was forced to make a deal with her moderate Democratic members last month to assure them that the Senate’s infrastructure bill would come to the House floor by September 27. Many House liberals have warned that they won’t support the bipartisan infrastructure bill unless the Senate first approves the Democrat-only reconciliation proposal.

So if Pelosi and Senate Majority Leader Chuck Schumer can’t satisfy the competing wings of their caucuses, Democrats fear the whole effort could implode.

The massive bill would include measures such as funding to combat climate change, paid family and medical leave, expanding the child tax credit — and would be funded in part through tax hikes on corporations and high-income earners.

But Manchin isn’t the only senator who could throw a wrinkle in the process.

Sen. Kyrsten Sinema, a moderate Democrat from Arizona, also said in the past she doesn’t support the large price tag.

“Proceedings in the US House will have no impact on Kyrsten’s views about what is best for our country — including the fact that she will not support a budget reconciliation bill that costs $3.5 trillion,” her spokesperson John LaBombard told CNN last month. Her office did not respond to a request for comment Thursday.