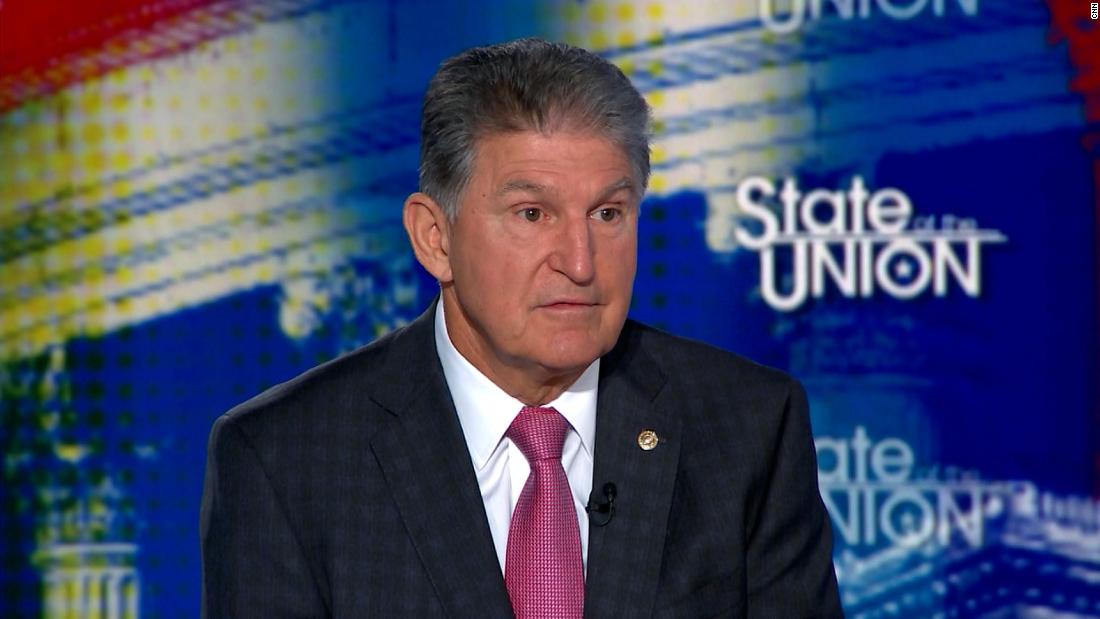 “(Senate Majority Leader Chuck Schumer) will not have my vote on $3.5 (trillion) and Chuck knows that, and we’ve talked about this,” the West Virginia senator told CNN’s Dana Bash on “State of the Union.”

“We’ve already put out $5.4 trillion and we’ve tried to help Americans in every way we possibly can and a lot of the help that we’ve put out there is still there and it’s going to run clear until next year, 2022, so what’s the urgency? What’s the urgency that we have? It’s not the same urgency that we had with the American Rescue Plan. We got that out the door quickly. That was about $2 trillion dollars.”

The spending bill proposed by Biden and his allies in Congress spreads the spending out over 10 years as opposed to the Covid stimulus plans that Manchin referred to, which were more immediate injections of cash.

Manchin said he wants to slow down the timeline, as he suggested in his Wall Street Journal op-ed earlier this month, to see where payments for the Covid-19 stimulus bill are going and figure out what areas to target for expanding the social safety net.

“So we have done an awful lot, and there’s still an awful lot of people that need help but there are still 11 million jobs that aren’t filled right now. Eight million people are still unemployed. Something’s not matching up. Don’t you think we ought to hit the pause and find out? The vulnerability that we have right now, we don’t know what happened with this Covid, it’s awful coming back the way it is with a vengeance,” he said. “We don’t know about inflation, we know it’s running rampant right now, I can tell you in West Virginia inflation is running rampant, and on top of that, the challenges we’re going to have, geopolitical challenges, shouldn’t we be prepared?”

He added that he doesn’t believe passing the economic bill by the September 27 deadline laid out by House Speaker Nancy Pelosi can be done.

“There’s no way we can get this done by the 27th if we do our job,” he said. “There’s so much differences that we have here and so much, there’s so much apart from us to where we are as far as our I’m giving you different things, I’ve been talking, I’ve been working with people, I’m going to talk to people, that makes no sense at all,” he said.