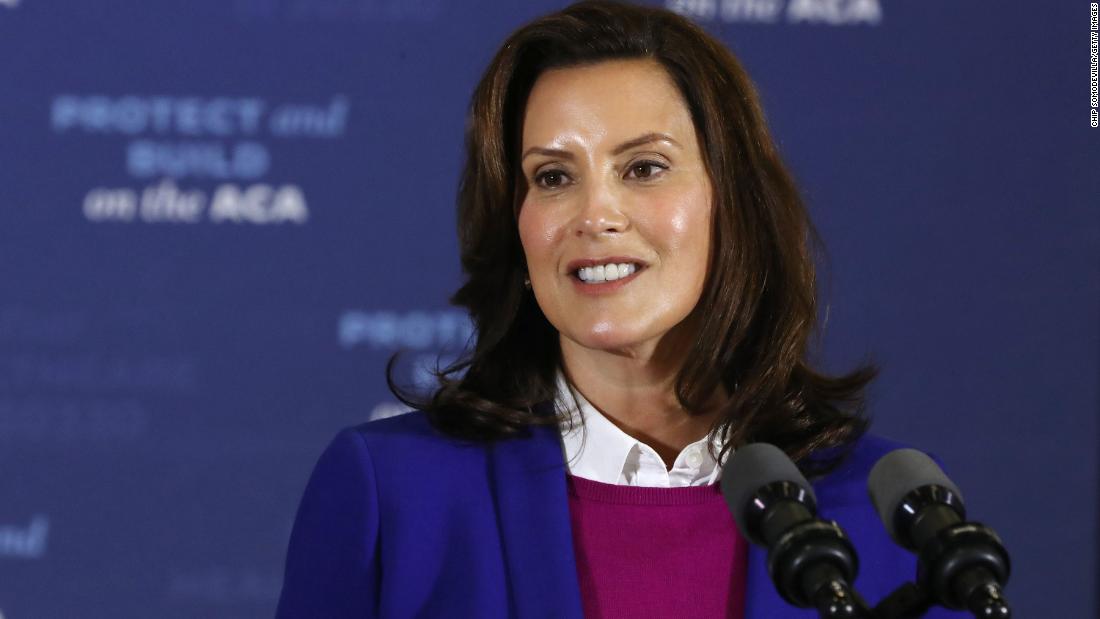 Ty Garbin, one of six defendants in the federal case surrounding the alleged plot, pleaded guilty in January to a kidnapping conspiracy charge, cooperating significantly with federal prosecutors against his co-defendants.

Prosecutors had asked the federal judge to sentence Garbin to around nine years, praising him for his cooperation.

“It’s hard to overstate how significant Mr. Garbin’s cooperation was here,” a federal prosecutor told the court. “He didn’t hold back. He would come right out and say, ‘We planned to do this and I was knowingly a part of it.’ “

Attorneys for Garbin asked the judge for a sentence of no more than six years, citing his cooperation, which they said has put him in danger.

Authorities had moved Garbin to a different jail pending his sentencing in an effort to protect him from retaliation by his co-conspirators, according to court documents.

Garbin spoke briefly in court Wednesday to apologize to Whitmer and her family.

“Your honor, first I would like to take this opportunity to apologize to Gov. Gretchen Whitmer and her family. I’ve had a lot of time to reflect on my actions. And I never realized what my actions would have caused to her, but also her family,” he said. “I can’t even begin to imagine the amount of stress and fear her family members felt because of my actions. And for that I’m truly sorry.”

Garbin said he will work with an advocacy group to continue to de-radicalize himself and to help others from becoming radicalized.

In issuing his decision from the bench, Chief District Judge Robert Jonker said he believes Garbin is genuinely on a path to rehabilitation.

“He’s changed his behavior, for sure. I think he’s changed his heart and mind, too. And I think he is an excellent prospect to walk law-abiding paths once he’s finished paying for these very serious mistakes,” the judge said.

Jonker read portions of a victim impact statement the governor had submitted ahead of the sentencing.

“There is room for grace and rehabilitation for those who recognize the danger that has been unleashed and assist in unearthing the hate that has taken root in our society. This will help reestablish the ideals and aspirations that made our nation a beacon of possibility and opportunity to the rest of the world,” Whitmer wrote.

She did not request financial restitution.

The indictment alleged that between June 6 and October 7, 2020, the men conspired to “unlawfully seize, kidnap, abduct and carry away, and hold for ransom and reward” Whitmer. Authorities have said the men were planning to kidnap the governor from a vacation home and blow up a bridge to delay law enforcement, but they were arrested first.

In addition to those charged in federal court, several other people were charged in the case by the state.

The FBI became aware of the alleged scheme in early 2020 through a social media group, according to the federal criminal complaint, The Detroit News reported.