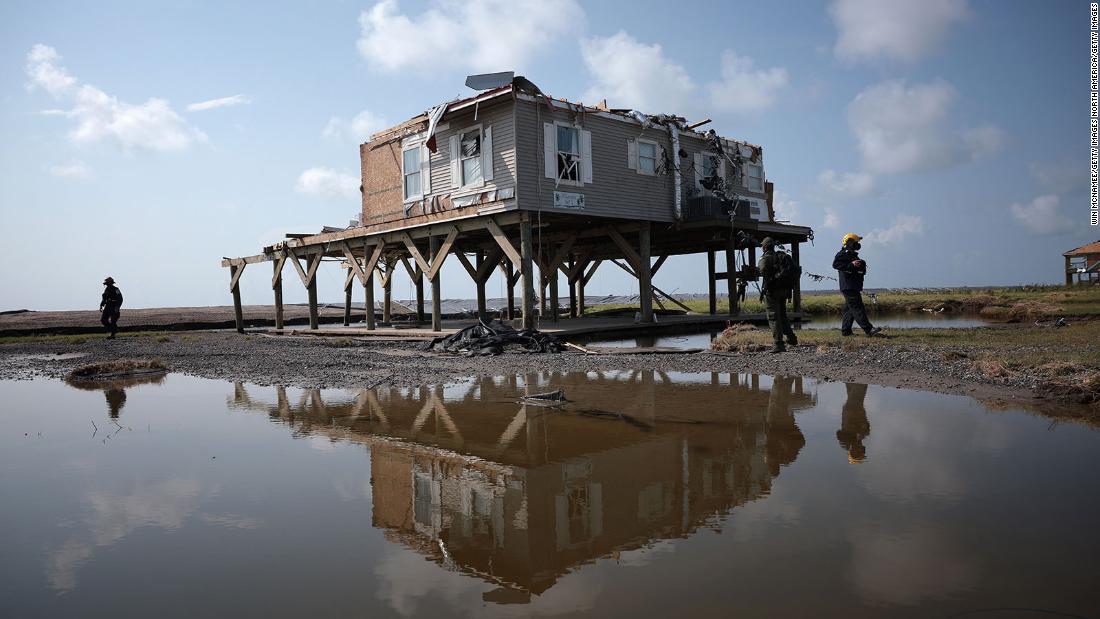 “We have got to fundamentally change the way in which we are thinking about protecting those areas, particularly Grand Isle,” said Chip Kline, Executive Assistant to the Governor for Coastal Activities. “Sand dunes on the Gulf side of the island and segmented breakwaters are not going to cut it.

“So we’re going to be working with the Corps of Engineers and our congressional delegation to look at new strategies on how we can provide better protection, more resilient protection, and strengthen structures around Grand Isle and Lafitte,” Kline said.

Bryan Adams, director of Jefferson Parish Fire Services, had said 40-50% of houses on Grand Isle were gone and all the camps were damaged.

“I’ve never seen it look like this. It’s decimated,” Adams said after surveying the storm’s ruins.

On Thursday, Kline said the devastation experienced in areas unprotected by Louisiana’s levee system would not be forgotten.

“I want the people of Lafitte and Grand Isle to know that this governor and the state’s coastal program are not going to forget about those areas,” said Kline, who is also the chairman of the Louisiana Coastal Protection and Restoration Authority Board.

In contrast, Kline hailed the protection the state’s Hurricane Risk Reduction System provided in other areas.

“No levee overtopping, no levee failures, no levee breaches — so a very different picture on the ground today after Hurricane Ida, compared to the picture we saw on the ground, following Hurricane Katrina,” Kline said. “And that is thanks to the federal investment of $14 billion around the Greater New Orleans area.”

Ida cut a deadly path through the region, destroying businesses and neighborhoods and leaving hundreds of thousands without power. It also claimed the lives of at least 26 people in Louisiana and two in Mississippi.

Some areas are still in the dark as power outages linger

There are more than 189,000 customers, which include homes and businesses, still without power in Louisiana more than 11 days after the hurricane struck, according to PowerOutage.us.

“Our crews are encountering massive damage — particularly in the hardest-hit areas,” Entergy Louisiana Vice President of Distribution Operations John Hawkins said. “We have assembled a storm team of nearly 26,000 people who will not stop until the last light is back on.”

Ochsner Health officials said full power in their New Orleans hospitals is back on, but that’s not the case for other facilities.

New Orleans on Wednesday lifted the curfew imposed as power was restored to most of the city.