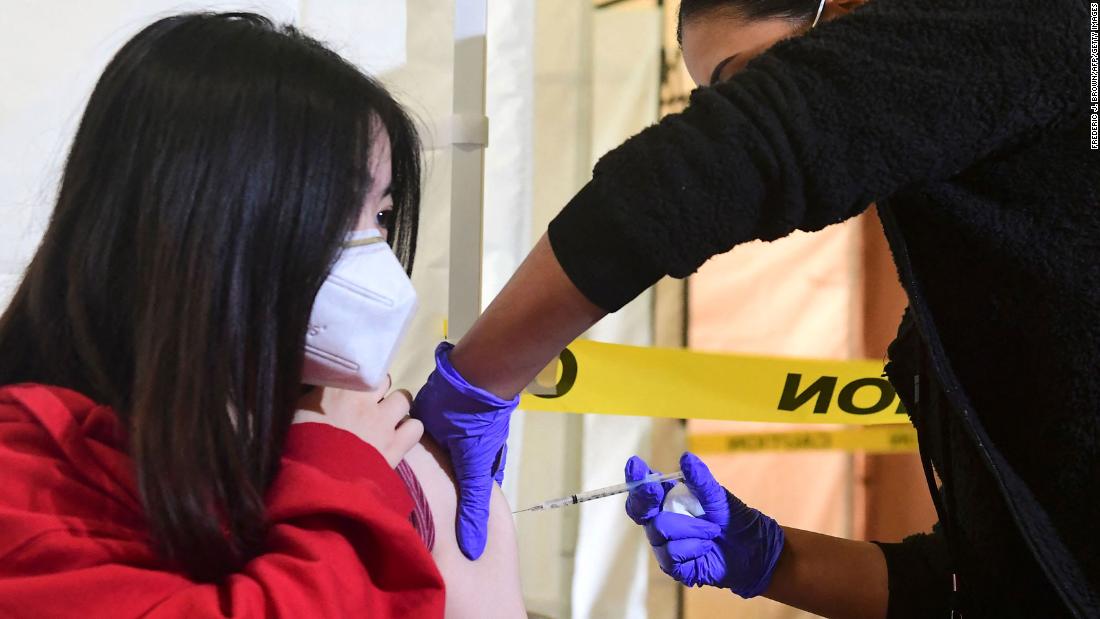 “Ultimately, we want our schools to stay open, and the best way to ensure that is to have as many people as possible who are in our schools vaccinated,” said Cecily Myart-Cruz, president of United Teachers Los Angeles, the union representing teachers.

“Our goal is to protect children, and our goal is to have children in school and not online,” LAUSD Interim Superintendent Megan Reilly told CNN on Thursday.

Dr. Richard Pan — a state senator, pediatrician and district parent — advocated for the measure, pushing for “community immunity” to protect the kids that are too young to be eligible for the vaccine. For those under 12, a vaccine could still be months away — and Covid-19 hospitalizations among adolescents are at a near-peak since the pandemic began.

Pan praised LAUSD for “leading the way” and “following the science to ensure schools are safe.”

While some parents spoke in favor of the mandate, others angrily denounced the proposal.

“We must be the ones who decide for our children, not the district, not anyone else,” admonished parent Carla Franca. “If you want to take your own children to the killing fields, you do it, but you are not the one who should be deciding,” she said. “When you have your own kids, you can make your own crazy decisions.”

The school board vote was unanimous on Thursday. Children who participate in sports and extracurricular activities should get vaccinated “in the October timeframe,” while the rest of the students should receive their first and second doses no later than the month of November and December, Reilly said.

Winter break will give students time to reach full immunity, she added.

Board president Kelly Gonez told CNN that as a mother of two young children, she understands how some parents may have concerns over vaccination, but she cited health officials and real-world evidence that the decision is sound.

“We know millions of Americans have been vaccinated, including youth, and almost none have had adverse reactions. And the protection it offers from Covid is significant, so we believe that the risks are significantly outweighed by the benefits of Covid vaccination for all our students,” she said.

Rise in cases among children

The rise in cases in the US has included an alarming surge among children.

Data from the American Academy of Pediatrics shows that 251,781 child cases of Covid-19 were reported between August 26 and September 2. That number represents more than a quarter of the 939,470 cases total that were reported that week.

However, the effectiveness of preventative measures, such as masks and vaccines, has been illustrated in San Francisco, where approximately 90% of children ages 12 to 17 are vaccinated, according to the city Department of Public Health. So far this year, no coronavirus outbreaks have started on the city’s school campuses, SFDPH said.

“Suspected in-school transmissions has been so low it cannot be publicly reported without concern for privacy and confidentiality,” SFDPH said. “All other cases reported at schools were related to community transmission outside of school as of September 8.”

Los Angeles’ mandate will apply to all vaccine-eligible students who are attending school in-person and would allow those with “qualified and approved exemptions” to opt out in favor of an independent learning program.

“This way we create the safest possible environment for those eligible to be vaccinated to learn,” said Reilly, who noted it also makes the environment safer for younger children who are not yet eligible for vaccines. “They’re safer being surrounded by adults and others that are vaccinated,” she said.

LAUSD, which began school on August 16, would be the first major school district to mandate Covid-19 vaccines for its eligible students. A smaller district in Los Angeles County, Culver City Unified School District, announced in August it planned to require eligible students to be vaccinated by mid-November.

“We imagine by second semester, our middle school and high school campuses will be absolutely even safer than they are today,” LAUSD school board member Tanya Ortiz Franklin told CNN on Thursday morning.

Reilly estimated there are about 225,000 students 12 and older in the district — of which about 80,000 are unvaccinated, but she said the health department would have the specific numbers.

The district, which includes more than 600,000 students already mandates the vaccine for teachers and staff, requires face coverings be worn by all and tests all students and staff for infections weekly. Classrooms have also been outfitted with enhanced ventilation systems in an effort to decrease the spread of the virus.

As many schools opened with those measures, cases in all age groups of children in the area declined by about 30%, the Los Angeles County Department of Public Health said in a news release.

As of Sunday, 62% of Los Angeles County’s 12 to 15-year-old received at least one dose of the vaccine and 51% were fully vaccinated, the release said.