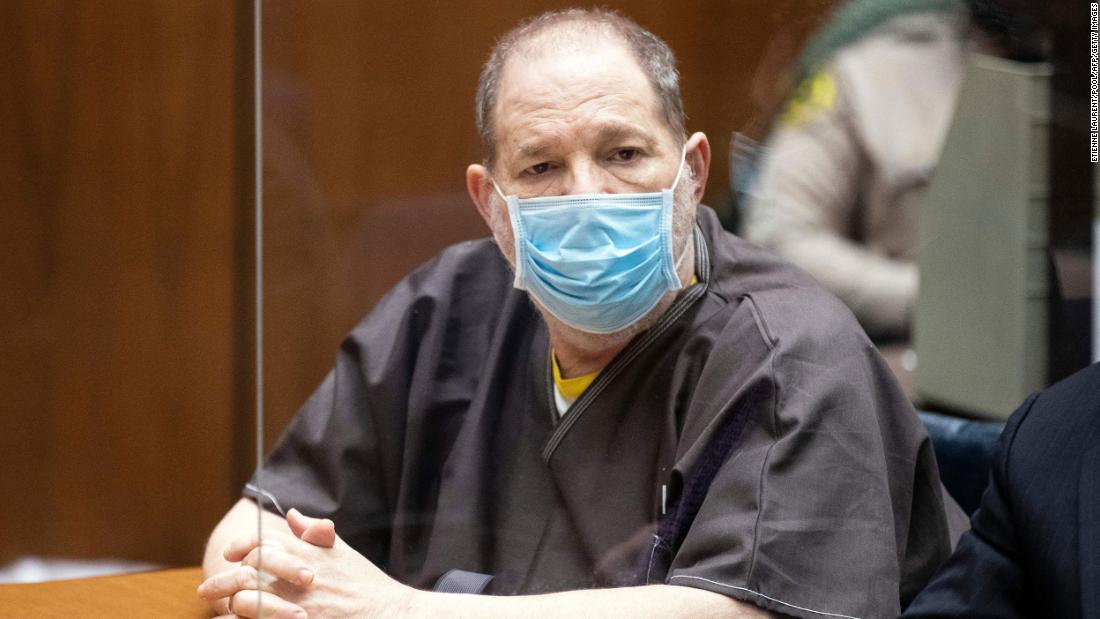 Count five in the indictment — a charge of sexual battery — was the dropped Thursday. Prosecutors say Weinstein committed the alleged crime against a woman in May 2010.

Juda Engelmayer, Weinstein’s spokesperson, told CNN in a statement that his team is “pleased that the judge agreed that one of the charges alleged was barred by the statue [sic] of limitations. It remains dismissed and it never should have been brought in the first place.”

“We consider this a partial victory, but know there is quite the road ahead,” Engelmayer said. “Harvey remains optimistic and hopeful, and must focus on his health right now.”

Weinstein’s attorneys previously filed a motion to dismiss three of the 11 charges, saying the statute of limitations had expired.

Los Angeles Superior Court Judge Lisa Lench refused to dismiss two of the counts but told prosecutors to return to a grand jury to amend the third charge.

Weinstein pleaded not guilty to the sexual assault charges against him in Los Angeles.
He was found guilty last year in New York of first-degree criminal sexual act and third-degree rape. He is serving a 23-year prison sentence at a maximum security prison outside of Buffalo, New York.