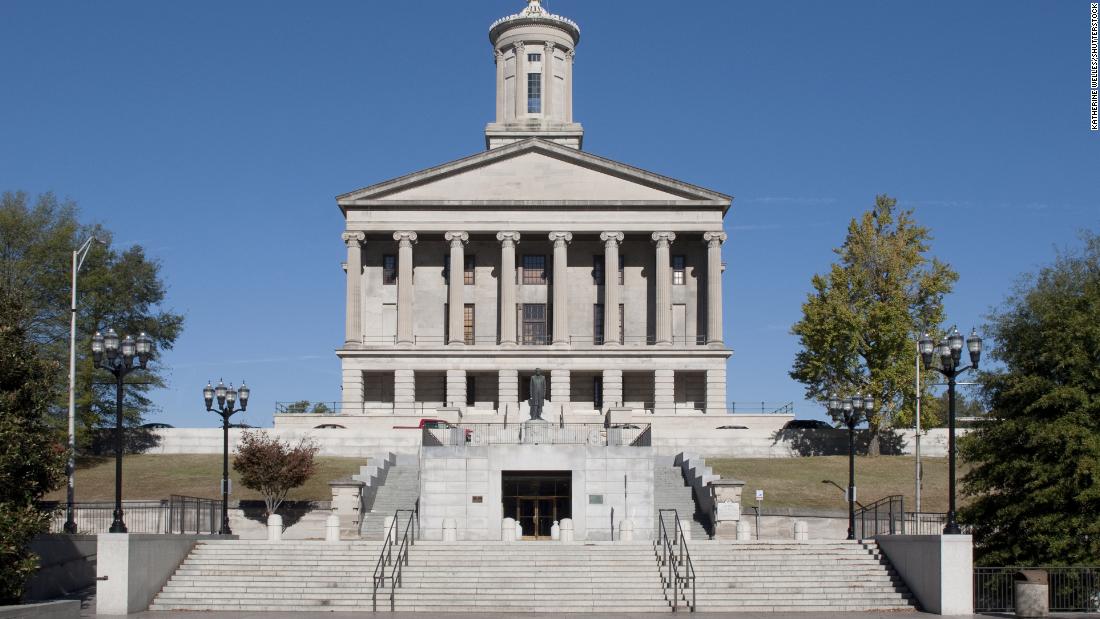 The lawsuit was brought by the Human Rights Campaign, one of the nation’s largest LGBTQ rights groups, on behalf of two transgender students in Tennessee who attend schools that receive federal funds. The suit says the students’ constitutional rights will be violated by the law, which went into effect in July after being approved in May by Republican Gov. Bill Lee.
“By singling out transgender students for disfavored treatment and explicitly writing discrimination against transgender people into state law, the School Facilities Law violates the most basic guarantees of equal protection under the US Constitution and Title IX of the Education Amendments of 1972,” the 30-page lawsuit reads.

Lawyers for HRC also argue in the suit that the new law “endangers the safety, privacy, security, and well-being of transgender individuals,” saying, “if a transgender girl were to use the boys’ restroom, she would be exposed to potential harassment and assault by students who believe that she should not be in the boys’ restroom.”

CNN has reached out to Tennessee’s attorney general’s office for comment.

Monday’s lawsuit adds to a growing list of legal challenges mounted against states in recent months by advocates seeking to block anti-transgender measures enacted during the last legislative session, which saw GOP-led statehouses pass a record number of anti-trans laws.
The Tennessee Accommodations for All Children Act — also known as House Bill 1233 — requires public schools to make “reasonable accommodation” for a person who cannot or will not use a restroom or changing facility designated for their sex in a public school building or at a school-sponsored activity.

While sex is a category that refers broadly to physiology, a person’s gender is an innate sense of identity. The factors that go into determining the sex listed on a birth certificate may include anatomy, genetics and hormones, and there is broad natural variation in each of these categories. For this reason, the language of “biological sex,” as used in this legislation, can be overly simplistic and misleading.

HRC president Alphonso David said Tuesday that the new law is “not only morally reprehensible but devoid of any sound legal justification and cannot withstand legal scrutiny.”

“Courts have time-and-again ruled against these dangerous and discriminatory laws and we are going to fight in court to strike down this one and protect the civil rights of transgender and non-binary young people,” he said in a statement.

A separate anti-trans bathroom law in Tennessee was temporarily blocked by a federal judge in July. That legislation requires businesses in the state that have gender-inclusive bathroom policies to post signs indicating that they allow transgender or other non-binary people to use the bathroom in their establishment that matches their gender identity, something LGBTQ advocates say is “offensive and humiliating” for members of the community and could lead to harassment for trans people and the businesses.
Lee also signed an anti-transgender sports bill into law in March that requires public middle and high school students to play sports based on the gender listed on their original birth certificate. So far this year, Alabama, Florida, South Dakota, Mississippi, Arkansas and Montana have enacted similar sports bans, while West Virginia’s version of the ban was temporarily blocked by a federal judge in July.

CNN’s Amir Vera and Joe Sutton contributed to this report.