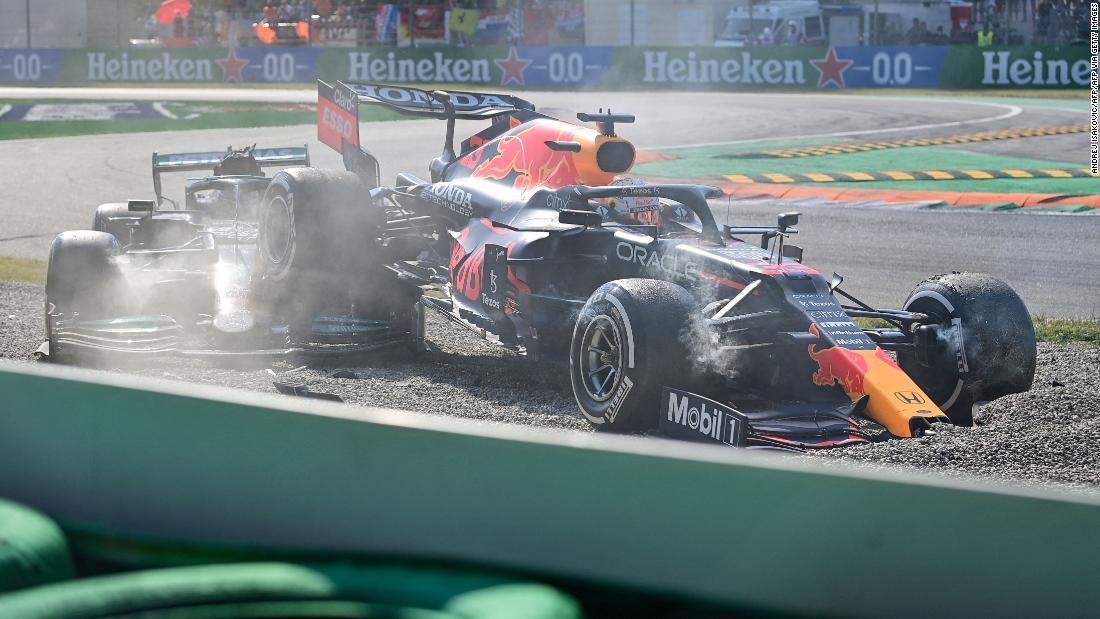 The pair, who sit atop the Formula 1 driver’s championship standings, were locked wheel to wheel in the 26th lap and with Hamilton looking to squeeze Verstappen of space, the Dutch driver appeared to bounce off a curb on a corner, flying into the air and landing on top of Hamilton’s car.

Verstappen could be heard on his team’s radio saying: “That’s what you get when you don’t leave the space.”

Both drivers were able to walk away from the incident. The FIA, motorsport’s global governing body, announced that the incident would be investigated after the race.

The two drivers had almost come in contact earlier in the race, when they came wheel to wheel in a battle over second position in the opening lap.

“He pushed me wide,” seven-time world champion Hamilton said over the radio.

Ahead of the drama, Daniel Riccardo produced a calm and collected performance to win his first race of the season.

The Australian overtook Verstappen before the first corner of the first lap to come from second place in the grid and led for the majority of the race.