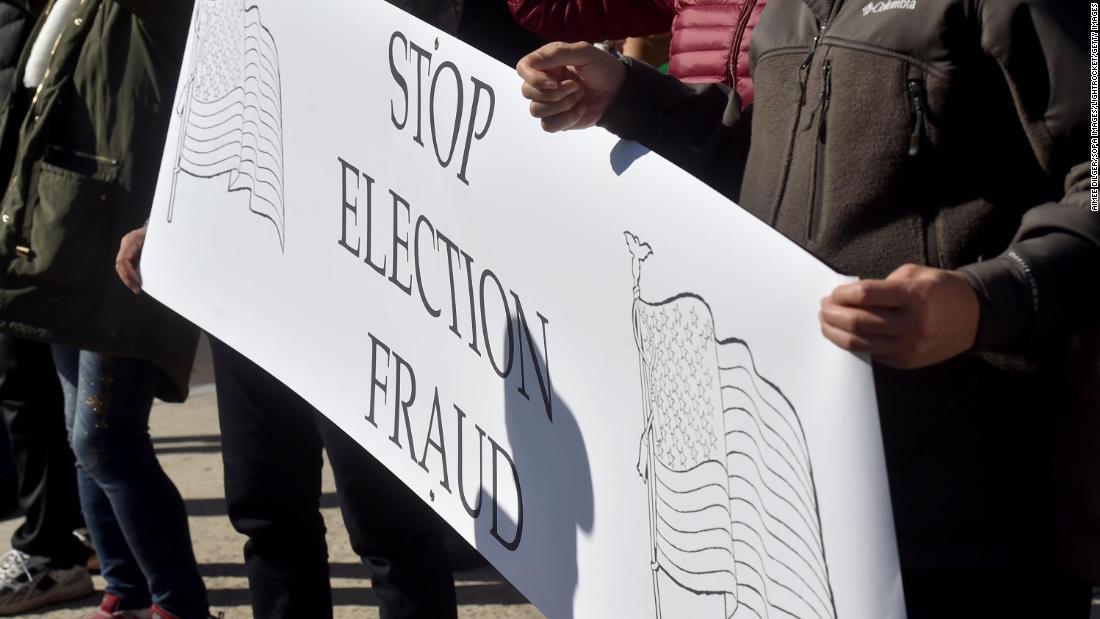 The attorneys — Gary D. Fielder and Ernest John Walker — that filed the election lawsuit in late December 2020 in Colorado federal court now must pay attorneys fees for Facebook, Dominion Voting Systems, the states of Michigan, Pennsylvania, Georgia and Wisconsin, and the non-profit Center for Tech and Civic Life, all of which were named as defendants in the lawsuit, Magistrate Judge N. Reid Neureiter ruled.

Neureiter wrote a scathing 68-page opinion condemning the post-election lawsuit, calling it an “enormous conspiracy theory” and potentially defamatory. The lawsuit had no lawyers or experts that were able to support the claims, the judge noted.

The ruling on Wednesday marks the first major consequence in federal court to befall lawyers and litigants who pushed President Donald Trump’s attempt to undermine the 2020 election result in court.

It could also play into several other proceedings where judges are considering reprimands for Trump’s legal teams and those of his supporters.

The states, Dominion, Facebook and the nonprofit are set to estimate their legal expenses by later this month so the judge can determine sanction payment amounts.

Fielder and Walker did not immediately comment for this story.

A claim in the lawsuit that Dominion had deleted votes for Trump was highly disputed, inflammatory and unverified, the judge also noted. Several other lawyers for President Donald Trump and his campaign repeated that claim in other court cases and are facing possible sanctions and punishment before other courts, and Dominion has sued for defamation.

“The unique circumstances of this case, including the volatile conditions surrounding the 2020 election, the extremely serious and potentially damaging allegations against public servants and private entities, the remarkable request to declare void and ineffective the certification of the electoral votes of several states, along with an extraordinary money demand of $160 billion and the lack of any time pressure, meant that any reasonable pre-filing investigation needed to involve extensive due diligence and the testing of the allegations, including actually talking to human beings, such as the lawyers who filed the failed lawsuits and the experts who submitted affidavits. Under the circumstances of this case, Plaintiffs’ counsel did not fulfill this obligation,” the judge wrote.

“The public statements from authoritative sources and courts rejecting allegations of widespread voter fraud or ballot-rigging should have been, if not bright red, at least flashing yellow lights warning Plaintiffs’ counsel to proceed with caution,” Neureiter added. “Instead, they drove through the lights at full speed, even accelerating.”