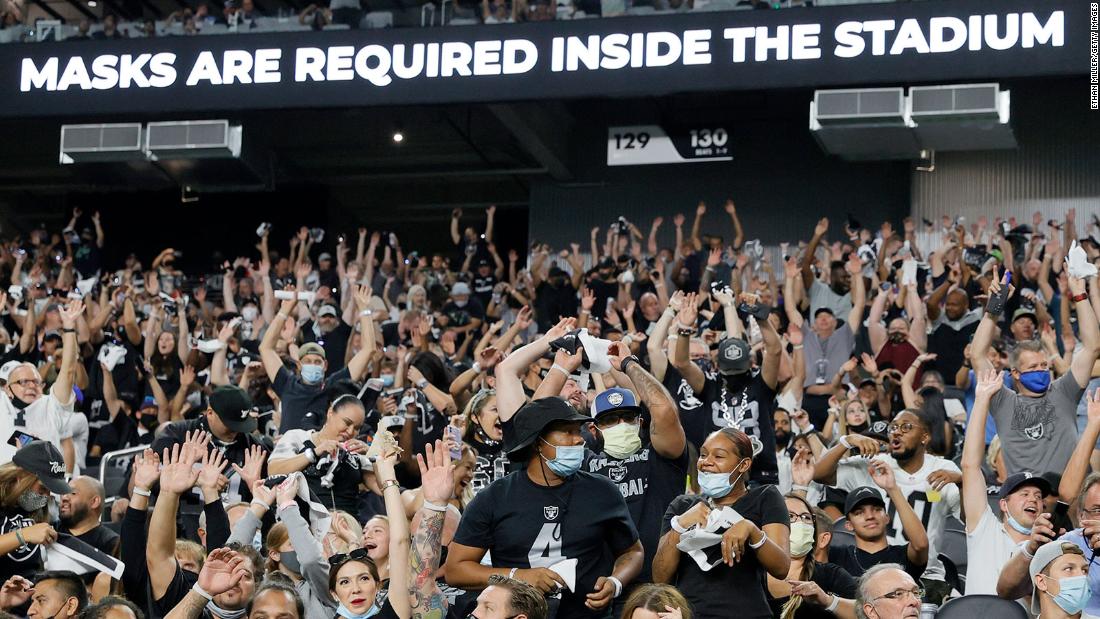 The vaccine mandate will go into effect September 13, the date of the team’s first regular season home game, a Monday night showdown with the Baltimore Ravens. With this move, fans will be allowed to attend home games without wearing a mask, the release said. The vaccine/no mask policy is the first of its kind in the NFL.

The Raiders moved from Oakland to Las Vegas last year into Allegiant Stadium, but no fans were allowed to attend games due to the pandemic.

“Health and safety has always been our number one priority,” Raiders owner Mark Davis said in a statement. “After consultation with Governor Sisolak and other community leaders, this policy ensures that we will be able to operate at full capacity without masks for fully vaccinated fans for the entire season.”

The new rule comes the same day that Nevada Gov. Steve Sisolak announced new measures for large events in the state. Any event held in a venue of 4,000 or more people can either require masks for all attendees or grant masking exceptions for attendees who show proof of vaccination. Children under 12 and those who are partially vaccinated must still wear a mask indoors, he said.

“My goal with today’s new policy choice is to provide the private sector more options that come with a reward for the public — the ability to take off their mask during a concert or game if they’re fully vaccinated,” Sisolak said.

The vaccine mandate is just the latest instance of the NFL using its massive influence to encourage Covid-19 vaccinations, which provide strong protection against infection and severe illness.

The league has granted broad freedoms to players who are vaccinated while requiring unvaccinated people to undergo onerous restrictions and constant testing. In addition, the NFL has said that outbreaks among unvaccinated players could lead to forfeits and hurt teams’ playoff hopes.

The incentives have worked. On Monday, the Atlanta Falcons became the first NFL team to have its entire roster vaccinated against Covid-19 — a perfect 100% vaccination rate, the team announced Monday.

“Each player will now enjoy the benefits of being able to work out and eat together,” the team shared on its website. “They won’t have to test daily, won’t have to wear masks around the facility and won’t have to quarantine following a close contact with someone who tests positive.”

Last week, the NFL told CNN that 91.7% of its players were vaccinated with 15 clubs having more than 95% vaccinated. The lowest club was at 73%, according to the league.