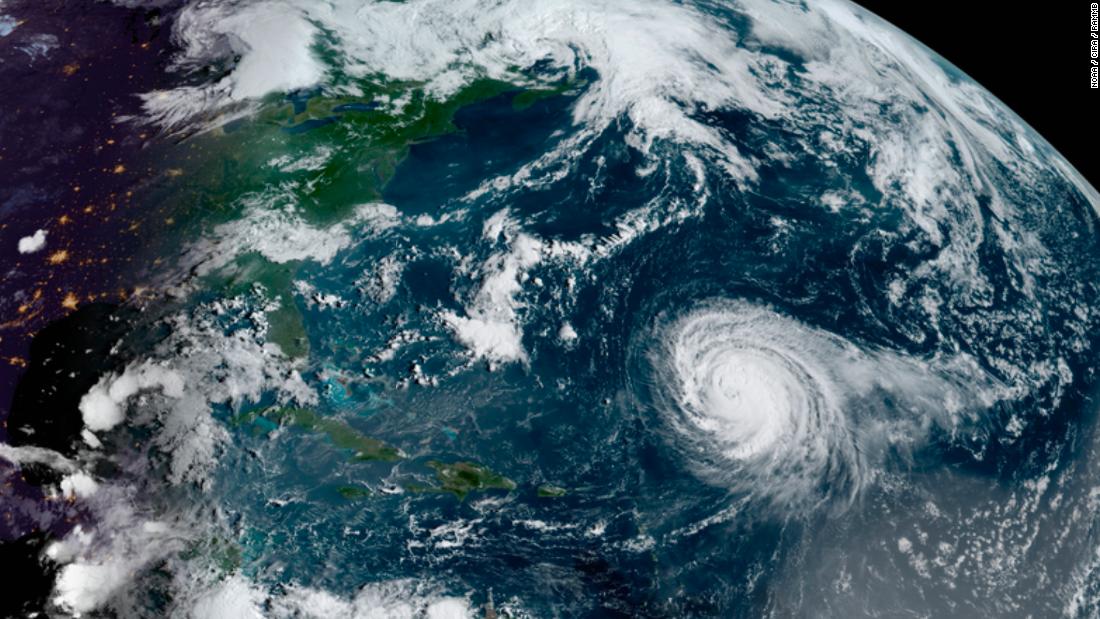 “Larry will remain a forceful hurricane that continues to produce significant swells with far-reaching impacts through the week,” said the National Hurricane Center.

The National Weather Service office in Newport/Morehead City, North Carolina, said the area is already feeling impacts along the beaches.

“We are already seeing some lower swells in the 1 to 2 foot range with wave periods between 15 to 20 seconds today and that’s only expected to increase as we go through the week, likely peaking Thursday or Friday,” said NWS meteorologist Ryan Fucheck in Newport.

The biggest impacts for much of the coastline along the Carolinas will be rip currents.

“We expect a high rip current risk for much of the area and that’s only expected to continue over the next few days as the swells build from Larry,” Fucheck noted.

He stressed that with surf as high as 6 feet along the Outer Banks and rip currents, his biggest worry is that if people go in the water and find themselves in trouble, there will be no lifeguards to come to their rescue. Since the Labor Day holiday has ended, the lifeguards are no long patrolling the beaches.

The rip currents will be felt as far south as Florida, as distant Larry continues to churn high surf.

Larry’s brush with Bermuda and beyond

Larry is a big storm. The hurricane has winds of 120 mph, and an eye as large as the state of Rhode Island.

The Bermuda Weather Service on Tuesday issued a tropical storm watch for Bermuda, according to the National Hurricane Center’s 11 a.m. ET update. “The center of Larry is forecast to pass east of Bermuda on Thursday, but given Larry’s large size, tropical storm conditions are possible there Thursday, along with a risk of heavy rainfall and coastal flooding,” the NHC said.

The impacts for Bermuda will depend largely on how close the storm gets to the island.

Hurricane Larry is the third major hurricane (Category 3 or higher) of the season, following Grace and Ida. Larry rapidly intensified — when a storm gains 35 mph in wind speed in 24 hours or less — into a Category 3 hurricane Thursday night into Friday.

By this weekend, Larry will brush Canada. The NHC is watching the storm closely and monitoring its potential impacts.

“Larry should accelerate northeastward deeper into the mid-latitudes on Friday and Saturday, passing near or over portions of Atlantic Canada,” said the NHC.

Other areas to watch in the tropics

We are also monitoring a tropical disturbance in the Gulf of Mexico.

The area of showers and thunderstorms is forecast to remain disorganized as it moves across the Gulf toward Florida.

The disturbance is expected to track across the Southeast US by midweek, increasing showers and storms across northern Florida and southern Georgia.