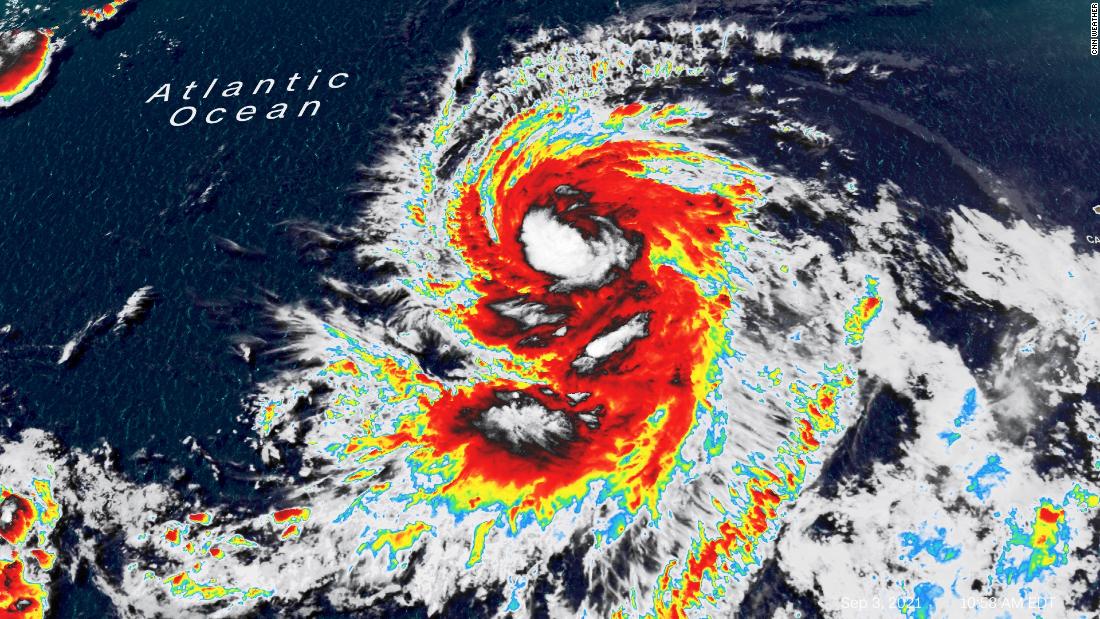 While Ida was generating its 1,500 mile long path of destruction, Tropical Storm Julian and Tropical Storm Kate formed and dissipated in the last week. But now Hurricane Larry is now churning in the central Atlantic.

On Friday afternoon, Larry was a category 1 hurricane with winds of 90 mph, located about halfway between the Cape Verde Islands and the Leeward Islands — pretty much the middle of the open Atlantic.

Steady strengthening is expected as it moves west-northwest through the central Atlantic, and Larry is forecast to become a major hurricane (Category 3 or greater) this weekend.

“All of the models are in general agreement that Larry will become a major hurricane in a day or so with continued strengthening through [Monday],” said the National Hurricane Center.

The official forecast calls for Larry to become a powerful Category 4 storm by Sunday with winds as high as 140 mph.

“Eyewall replacement cycles are possible, which could cause intensity fluctuations that are challenging to predict,” the NHC said.

Larry will be no where near land with its ferocious winds, though the NHC does warn that “swells generated by Larry are expected to reach the Lesser Antilles on Sunday.” They center adds that swells are likely to cause life-threatening surf and rip current conditions.

“Even though Larry is not forecast to directly hit the US, because it will be a major hurricane, the East Coast of the US may still have impacts in the form of life-threatening surf and rip currents next week,” said CNN meteorologist Allison Chinchar.

By early next week, Larry is expected to slow down and turn northwestward and, with a less favorable environment, begin to weaken slightly.

Long range forecast models show Larry continuing toward Bermuda and passing east of the island sometime mid to late next week. There is increasing disagreement in the models on how close the storm will get to Bermuda.

“It is too soon to determine what impacts Larry may pose to the Island of Bermuda, but interests there should monitor updates in the forecast,” the NHC said.