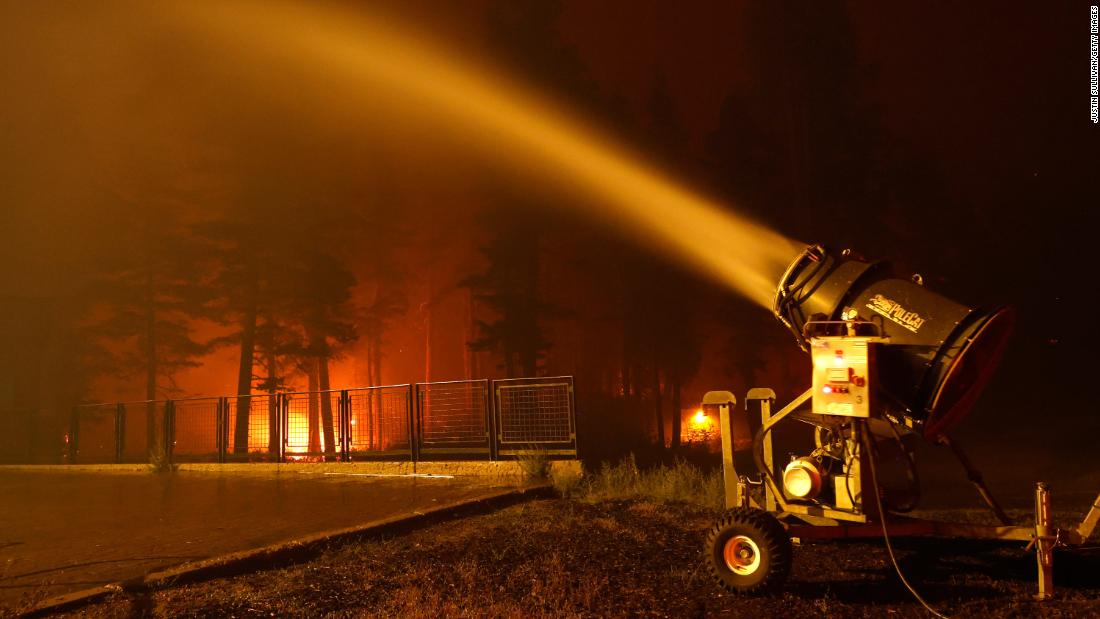 Heavenly Ski Resort and Sierra-at-Tahoe ski resort are using their snowmaking systems to protect the resorts and surrounding areas, according to their Instagram account.

Heavenly is helping firefighters in other ways. Cal Fire has set up a base at the resort that will keep firefighters closer to the fire, Cal Fire’s Mike Marcucci told CNN.

Cal Fire plans to direct the Caldor Fire into areas around Heavenly, where they have fuel modifications already in place when it crosses the Sierra Nevada mountain line. Fires feed off of dry brush and trees. At Heavenly, this fuel will be wet, slowing down the fire.

Because of the high winds firefighters have had to deal with, spot fires — created by embers landing beyond fire lines — can occur as much as a mile away and make fighting fires very difficult and dangerous, according to Ward.

“Spotting continues to be a problem. They’ve been a problem since the very first day of this incident, and that’s what’s causing this fire to grow exponentially, so once we get the wind to slow down we’re going to see the spot fire distances go down,” Cal Fire’s Steve Volmer told CNN on Wednesday.

In the last 24 hours, the Caldor Fire has grown to 210,259 acres and is 25% contained, Cal Fire said in an update, noting there was “reduced activity overnight” due to calmer winds in the area.

The wildfire has destroyed at least 622 homes and has threatened 32,387 structures so far, according to Cal Fire.