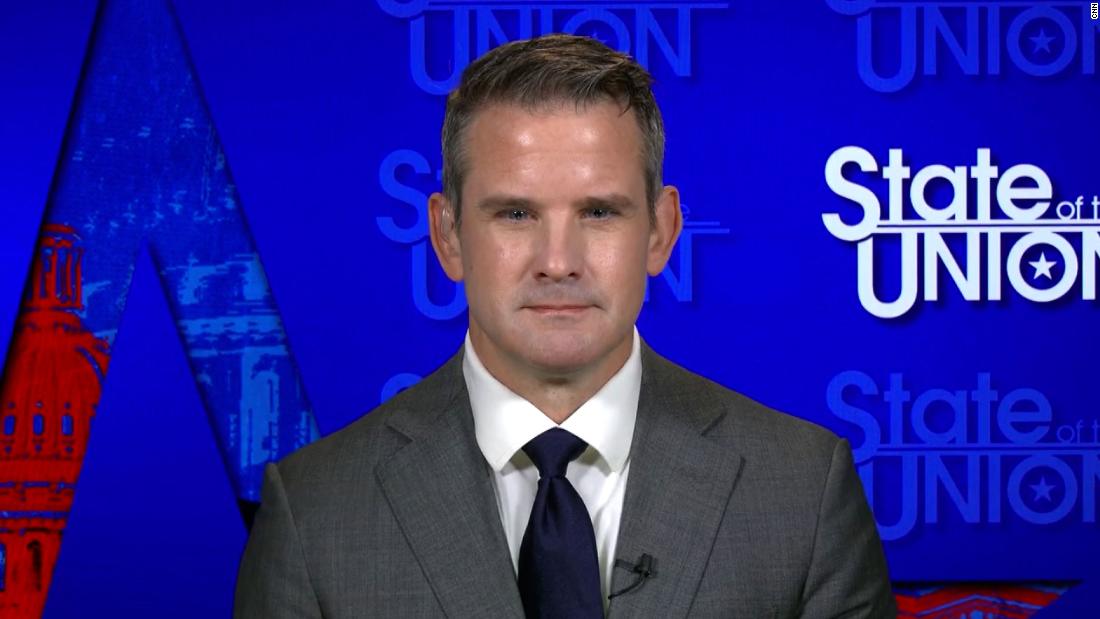 “It’s absolute insanity,” the Illinois congressman said of his fellow House Republicans’ comments in an interview with CNN’s Jake Tapper on “State of the Union.”

He went on to say, “This is outrage politics that is being played by my Party and it’s going to get Americans killed.”

Kinzinger called on House Republican leader Kevin McCarthy and other GOP leaders to encourage Americans to get vaccinated and to “call out these garbage politicians, these absolute clown politicians playing on your vaccine fears for their own selfish gain.”

He also urged Republican voters to get vaccinated, saying that Covid-19 “is real” and that the vaccine is safe.

The White House is continuing to push vaccinations as the main focus of its strategy to fight Covid-19, and announced this week it would be shifting to more targeted community outreach as the Delta variant and undervaccinated clusters of Americans threaten the nation.

Biden on Tuesday said, “Now we need to go to community by community, neighborhood by neighborhood, and oftentimes, door to door — literally knocking on doors — to get help to the remaining people protected from the virus.”

The White House also recently announced it would be deploying response teams — made up of officials from the CDC, the Department of Health and Human Services, and the Federal Emergency Management Agency — across the US to areas with a high spread of the Delta variant and low vaccination rates to help with boosting testing, providing supplies and as support staff for vaccinations.

In response, Greene, a Georgia Republican, on Tuesday compared the US officials to Nazi-era “brown shirts,” a paramilitary group that helped facilitate Adolf Hitler’s rise to power in the 1930s and ’40s. Boebert, a Colorado Republican, tweeted, “Biden has deployed his Needle Nazis to Mesa County.”

On Sunday, Kinzinger argued that Biden could have phrased his words “slightly differently,” but said that “at no point was anybody saying they’re going to break down your door and jam a vaccine in your arm despite your protest.”