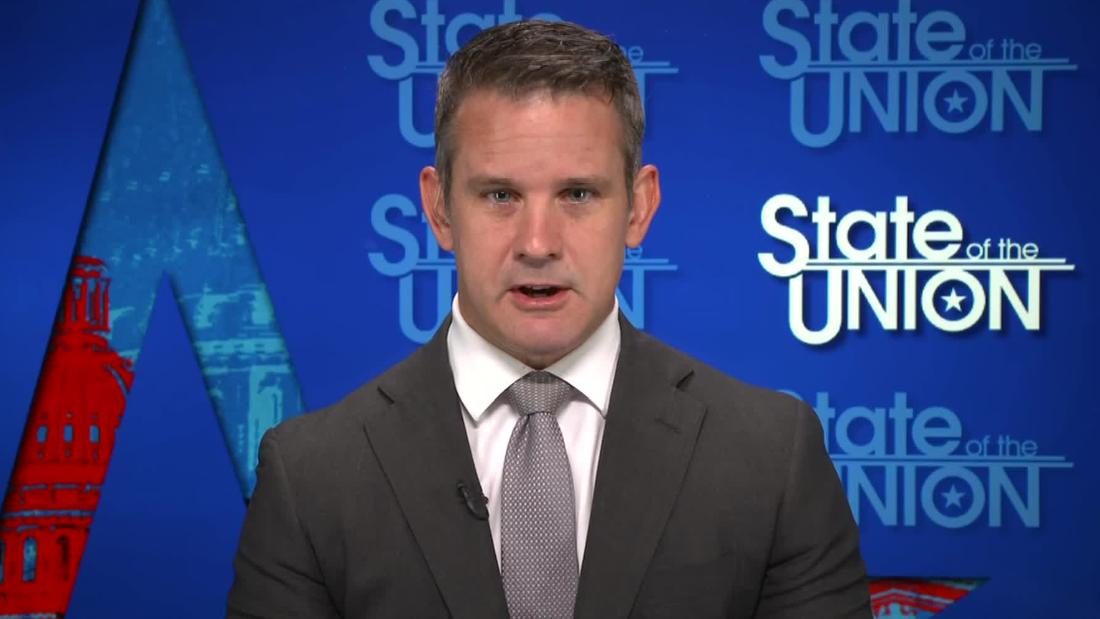 “All I can say right now is my party has to embrace truth. We have to have a full reckoning of what happened on January 6 and we have to turn away from conspiracy,” Kinzinger, a moderate Republican from Illinois, told CNN’s Dana Bash on “State of the Union” when asked whether he thinks voters should trust House Republican leaders with the majority in the next election.

“I think if we’re going to be in charge and pushing conspiracy and pushing division and pushing lies, then the Republican Party should not have the majority,” the congressman said.

Kinzinger added that if the Republican Party “actually tells truth and fights for real conservative values, and doesn’t masquerade conservatism as some, you know, anger future, then certainly we should have the majority.”

Kinzinger has long railed against the more extreme factions of his party and has frequently criticized its members and former President Donald Trump over a litany of controversial issues, including 2020 election lies pushed by the former President and his allies. The congressman, along with Republican Rep. Liz Cheney, have come under fire by some of their GOP colleagues in recent days for their roles on the January 6 select committee.
Last week, GOP Rep. Andy Biggs of Arizona — a Trump loyalist who helped spearhead the push to overturn the election results in Congress — called on House Minority Leader Kevin McCarthy to change the rules in order to remove Kinzinger and Cheney from the Republican Conference, something the Illinois congressman urged his colleagues to resist co-signing.

“If Andy Biggs has his way, we will be the party where truth-tellers and people that want to stand up for the Constitution, like Liz Cheney and myself, get kicked out of the party because there’s no room for truth,” he told Bash on Sunday. “So, I would encourage the rest of my colleagues in the Republican Party to not just passively resist that move, but to do it open and honestly.”

“Not because of me,” he added. “I’m not worried about my future (in the conference), but because the party desperately needs some people to stand up and tell the truth.”

CNN’s Melanie Zanona and Manu Raju contributed to this report.