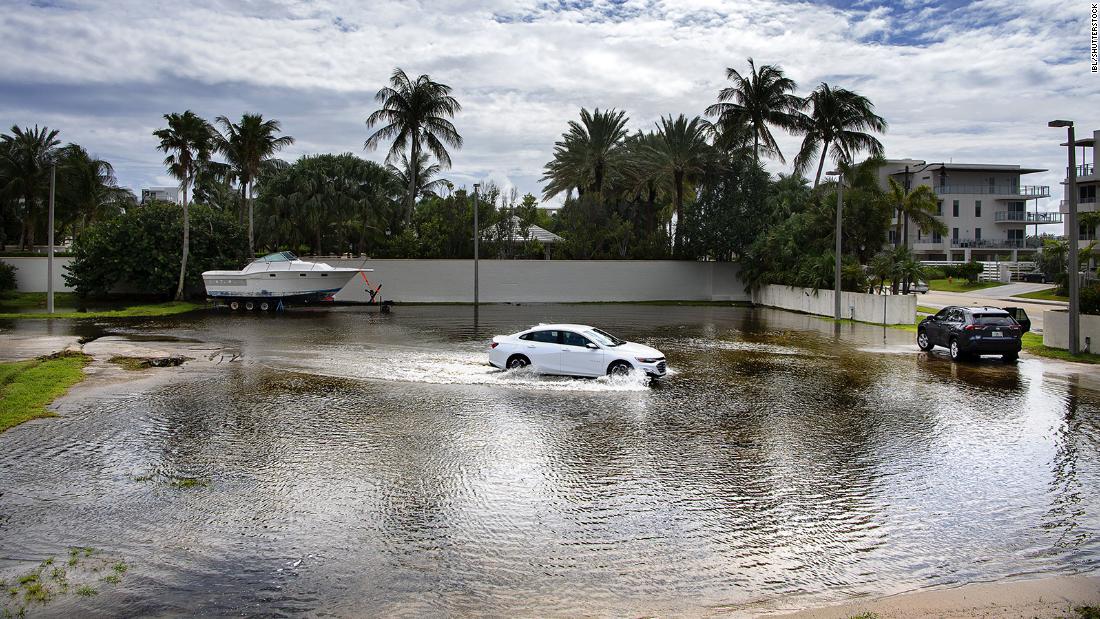 Monroe County, which includes Everglades National Park and the Florida Keys, and neighboring Miami-Dade County will both be affected by the King Tides, a term used to describe exceptionally higher than normal tidal cycles that typically occur during a new moon or a full moon when the moon makes its closest pass to the Earth, according to CNN meteorologist Haley Brink.

During a King Tide, coastal flooding can occur even on nice weather days when there is no rain, Brink said, which is why King Tides can also be referred to as “sunny-day flooding” or “nuisance flooding.”

Officials in Miami-Dade County say “more severe flooding may result if King Tides coincide with bad weather conditions such as heavy rains, strong winds or big waves. However, sea-level rise is causing these tides to happen more frequently, to last longer and extend further inland than in the past.”
South Florida is seeing the sea level rise between 2 to 4 mm per year, according to the National Oceanic and Atmospheric Association (NOAA). While this might not sound like a lot it adds up over time, and the higher the sea level is the higher the tides will be and the more coastal flooding, Brink said.
“In 2020, the U.S. Southeast Atlantic and Gulf Coast regions saw an increase of over 400 to 1,100 percent, respectively, in high tide flooding days compared to the year 2000,” according to NOAA. This means that the southeastern coast and Gulf Coast saw five to 12 times as many high tide flooding days than they saw just 20 years ago, according to Brink. So if one location only saw on average two high tide flooding days in 2000, they could now be experiencing 10 to 24 days of flooding.
This high tide flooding can be even worse if a hurricane is bearing down on these coastlines, and forecasters have warned that the 2021 hurricane season is expected to be “above-normal.”

The county coordinated with the National Weather Service in Key West and expects the “highest king tides to occur Oct. 8-11, Nov. 5-9, and Dec. 4-6,” according to the release.

Officials encourage residents “to prepare for king tides, be aware of their surroundings, and avoid driving on flooded streets.”